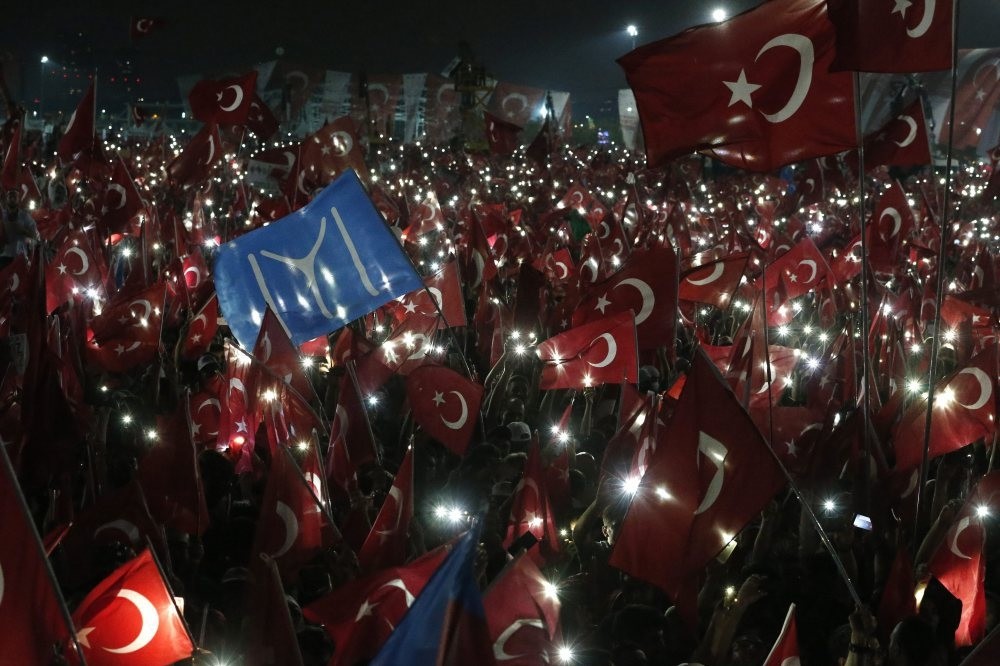 As the world increasingly faces the burden of wars, migration and economic crises, it is very relevant to discuss the role of journalism and the media as a whole in the structures of contemporary society

Western media's coverage of the failed July 15 coup in Turkey has featured dramatic examples of bias and hypocrisy. At the outset, prominent media organizations broadcast news that a coup was taking place in Turkey with live footage of the military blocking the Bosporus Bridge.

Hastily enough, Michael Rubin published an article on New York Post website titled "Why the coup in Turkey could mean hope?" The article was published at 6:59 p.m. eastern U.S. time when the coup attempt was just about to be repelled and the desired consequences of the attempted coup waned in Turkey. Also, at the early hours of the coup attempt, Kyle Griffin from the MSNBC tweeted that President Recep Tayyip Erdoğan fled the country and requested asylum in Germany.

Thus the initial reaction in the Western media of the failed coup attempt was marked by wishful thinking and misinformation to be followed by other discursive strategies that prevented the Western public from understanding what was really happening in Turkey.

When major generals behind the attempted coup began to be detained and confessed their relationships with Fethullah Gülen, the reality was yet to surface in the Western media. Statements from Turkish officials regarding the plotters of the coup and their motives were reported through low epistemic modality markers and quotation marks, indicative of a critical stance. Gülen told CNN's Ray Sanchez: "It looks more like a Hollywood movie than a military coup." As the failed coup attempt was unfolding, skeptics branded it "a theater play" and "a tragic comedy" out of which Erdoğan would grow more powerful and totalitarian, a theme that has been pumped into the political sphere by Erdoğan's Western critics and opposition groups in Turkey alike.

Then what started as a promising takeover by the military, "the guardian of the secular state," turned out to be a conspiracy theory about Erdoğan's secret agendas and motives. Such mystification was later supported by arguments that Erdoğan declared a state of emergency and tried to crack down on all journalists and academics in the country. In reality, however, many of Erdoğan's critics, such as Mustafa Akyol, acknowledged Gülen as the secret hand behind the coup attempt and desired regime change in Turkey. To the disappointment of many, the left and liberals in the West remained completely silent during the popular defeat of the coup attempt by the people, which was a victory for democracy in the coup-laden history of the Republic of Turkey.

Hypocrisy of the West and victim reversal

The lady in red who was tear gassed by the Turkish police during the Gezi Park protests in 2013 was epitomized as a symbol of the struggle in the Western media in an attempt to highlight the plurality of the protesters. During the failed July 15 coup, however, the popular resistance was criticized as being not feminine and plural enough. The anti-coup protesters were presented only as a bunch of angry men or even as some radical Islamists beheading the coup soldiers. Yet in reality, the resistance against the coup was marked by the participation of people from different walks of life and the bravery of Turkish women. Notwithstanding the fact that the coup took the lives of 250 people, injured thousands and aimed at derailing the democratic system by replacing it with a junta, the victims, according to coup skeptics were the very putschists and Gülenist groups. Victimization of the coup plotters pertained to a consistent pattern of unrooted claims and hasty generalizations, an example of which could be found in Amnesty International's report on the torture and ill-treatment of the detained coup plotters. Such victim reversal was strategically used by coup critics as a maneuver to undermine the reality that the putschists tried to destroy the constitutional order in the country by brutally killing hundreds of civilian protesters, bombing major buildings, including Parliament, and raiding TV stations and all channels of communication.The elephant in the room

In a joint briefing on July 18, 2016, U.S. Secretary of State John Kerry and the EU's foreign policy chief, Federica, said they would be monitoring developments in Turkey. The elusive warnings from Kerry and Mogherini were paraphrased in the media as unequivocal threats regarding Turkey's NATO membership and EU accession bid. The safety of the U.S. nuclear stockpile at İncirlik Air Base was quickly annexed to the fears over Turkey's future. All in all, the failed July 15 coup attempt became the elephant in the room.

As the world increasingly faces the burden of wars, migration and economic crises, it is very relevant to discuss the role of journalism and the media as a whole in the structures of contemporary society. Such a discussion adds urgency to the nascent role and importance of social media. All in all, Western media coverage of the attempt coup was less than helpful and, indeed, debilitating, as it mostly focused its attention on the Turkish government and the president rather than the putschists. The bravery of the people who took to the streets in protest of the coup at the risk of losing their lives was an epic success for democracy and should have received due respect and acknowledgment in the Western media.