Moral decline of the Western media after July 15 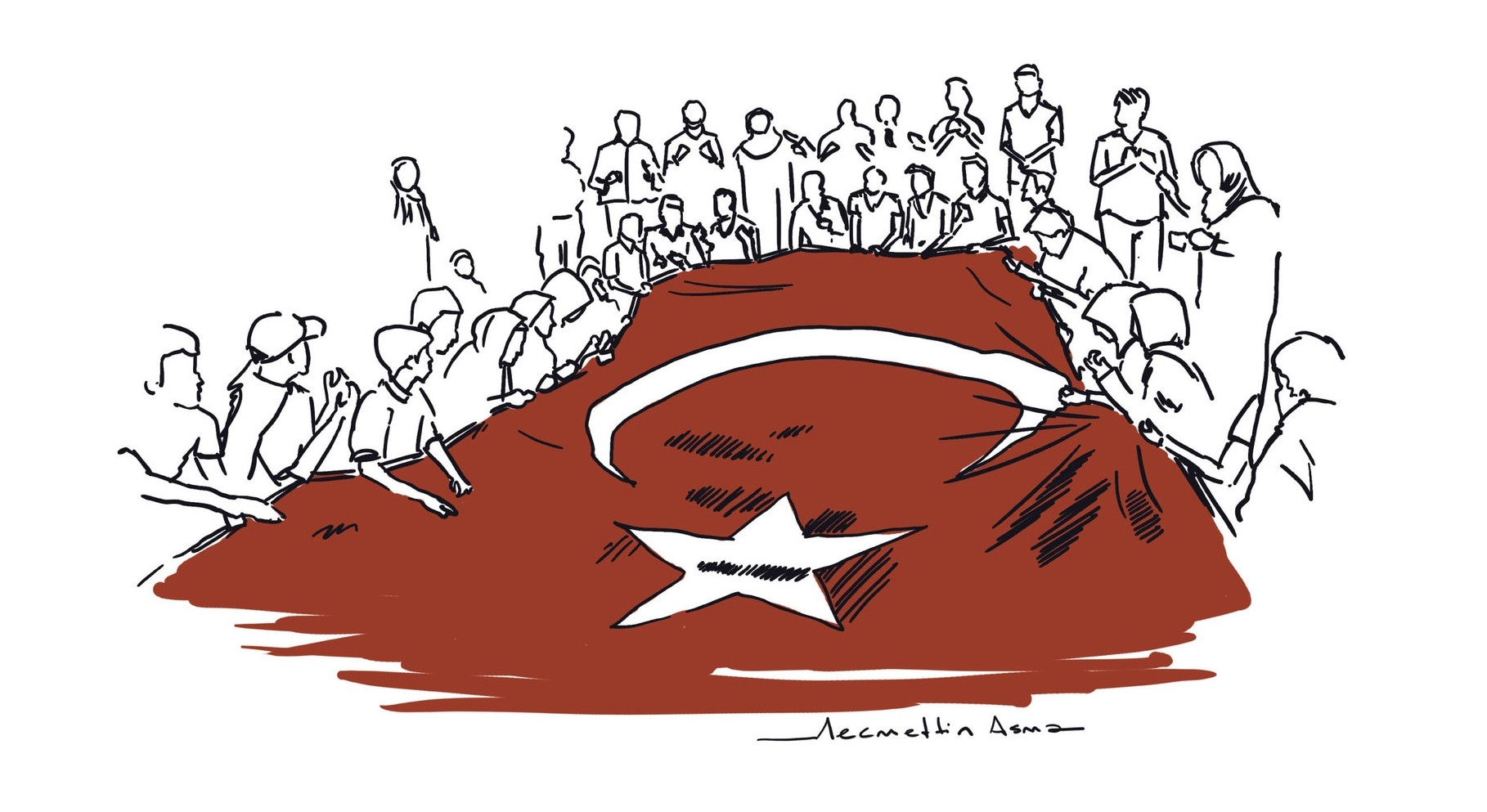 The world is familiar with the Western media's problematic attitude when the rest of the world, and more specifically Muslim countries, are in question

Turkey faced a brutal coup attempt by the Gülenist Terrorist Cult (FETÖ) on July 15, 2016, during which Parliament and public buildings were bombed by fighter jets, television stations were invaded and 240 people were killed. Eventually, the coup attempt was repelled by the brave actions of the people.

As French philosopher Michel Foucault pointed out, language is not solely language, it is also a system that constructs social reality as it shapes how we understand the world around us. The motivations of the Western media in reporting the events of July15 seem to have been led by such projects of construction as they created an alternative reality to the actual one rather than inform the public about what happened in Turkey during the failed coup attempt.

It is important to highlight three problematic areas in the Western media's coverage of the failed coup attempt - disinformation, bending the truth and selectivity.

Disinformation refers to false information of an event that has never occurred or a statement that was never said.

On the night of the coup attempt, MSNBC reporter Kyle Griffin tweeted: "Senior US military source tells NBC News that Erdogan, refused landing rights in Istanbul, is reported to be seeking asylum in Germany." After thousands of retweets, this disinformation was disseminated to millions of people worldwide. After President Recep Tayyip Erdoğan appeared on the screen of CNN Türk, it was realized that the information was totally wrong and Griffin deleted his tweet.

Such disinformation may count for nothing at the moment. However, its impact on the night of July15, when people in Turkey were on the verge of deciding to go out to the streets to resist the coup or to stay at home, could have been serious.

Bending the truth refers to turning a blind eye to some aspects of an event or situation while describing other aspects divorced from actual facts.

On Fox News, Ralph Peters said: "If the coup succeeds, Islamists lose and we win." In a similar vein, columnist Ben Shapiro described the overthrow of Erdoğan as "a boon to the world and the population." Michael Rubin wrote an article in Foreign Policy titled "Erdogan has nobody to blame for the coup but himself." He also published an article in the New York Post titled "The coup in Turkey could mean hope" in which he disgracefully sought to legitimize the bloody coup attempt. Andrew Finkel wrote a column in The Guardian titled "Turkey was already undergoing a slow-motion coup - by Erdogan, not the army."

There is no need to specify how immoral supporting a coup is. In a scandalous manner, these journalists preferred a coup regime, which mercilessly opened fire on the people on the streets, over the legitimate government of Turkey. Those members of the media who claim to embrace democratic values sought to promote a coup regime that contravened fundamental rights and freedoms.

To associate those who resisted the coup with the radical terrorists of DAESH represents the type of deception that makes such members of the media blind to the bravery of the people who struggled to demonstrate the national will and ward off the coup. The Western media's reaction to the actions of the Turkish public can also be seen as an instance of Islamophobia, since the response stems mainly from the religious symbols that the Turkish public conveyed during the countrywide demonstrations.

Moreover, categorizing the coup resisters as Islamists signals a failure to understand their diversity. It should be noted that the main opposition Republican People's Party (CHP) organized an anti-coup rally in Taksim Square. Likewise, Devlet Bahceli, the chairman of the opposition Nationalist Movement Party (MHP), condemned the FETÖ and explicitly expressed his support for the legitimate government. Furthermore, a committee of representatives from the Justice and Development (AK Party), CHP and MHP went to the U.S. to hold official talks regarding the extradition of Fethullah Gülen.

Selectivity refers to a loss of objectivity as a consequence of selecting particular standpoints while totally ignoring or at least neglecting others. The most obvious instance of selectivity was provided by BBC World News producer James Bryant, who sought to find someone to speak out against the government during the coup attempt. He complained about finding a lot of people speaking in favor of the Turkish government and asked a friend for help in an e-mail.

The Independent printed the headline: "This powerful series of tweets says all you need to know about democracy in Turkey," in order to report the existing situation in Turkey. Those tweets, however, were posted by Mahir Zeynalov, a FETÖ member. Moreover, rather than presenting the tweets in an impartial manner or questioning the accuracy of the claims in the tweets, the reporter in The Independent explicitly accepted them with the statement "... says all you need to know." That is to say that according to The Independent, those tweets made other sources unnecessary. The word powerful has a positive connotation that also signifies the partisan attitude of The Independent.

Giving credit to the perpetrators of the coup attempt was another problematic area that can be discussed under the heading of selectivity. CNN International conducted an interview with Fethullah Gülen, the FETÖ leader. The New York Times also published his impudent article. Can you imagine the reaction if a Turkish newspaper had published an interview with Osama Bin Laden after 9/11?

To conclude, we are familiar with the Western media's problematic attitude when the rest of the world, and more specifically Muslim countries, are in question. We saw how the Western media normalized the deaths during the coup in Egypt in 2013 and how they legitimized the regime of the tyrant, President Abdel-Fattah el-Sissi, in the period that followed. It is not difficult to predict how the Western media would have treated Turkish people if the July coup had been successful.