The FETÖ myth of educating poor Africans for free 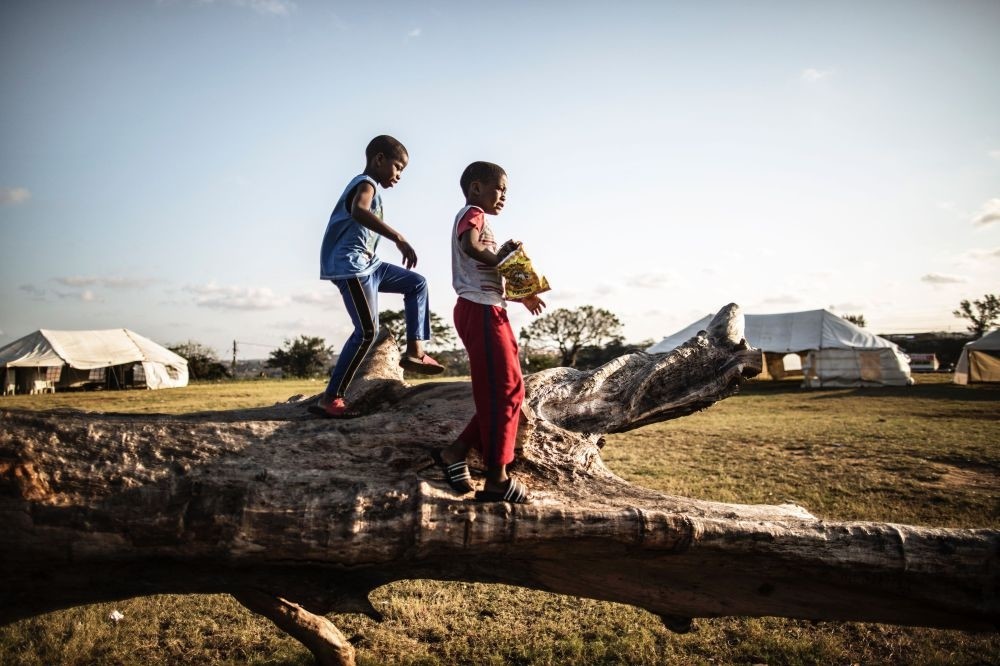 The Gülenist Terror Group (FETÖ) has more than 40 schools operating in numerous African countries. The group's educational network is used not for educating the poor African children but to serve as a basement for its various personal gains

In the spring of 2012, I got an invitation from an intimate friend to attend a conference on religious tolerance at the African Union, thanks to a donation from China to Africa, in Addis Ababa, Ethiopia. The conference organizers were from a circle of Turkish investors in Ethiopia. At that time, Muslim-Ethiopians were protesting across the country against alleged government restrictions on freedom of religion in the country. And among the grievances of the Muslims community was an alleged government-backed effort to force the teachings of an alien movement, al-Ahbash, on the greater Muslim community along with government meddling in elections of the leaders of the Ethiopian Islamic Affairs Supreme Council (EIASC). The protests attracted massive support from Muslims across Ethiopia. Due to the timing of the protests, I was passionate to bring attention to the demands of the protests to the Turks at the conference who in turn would propose a resolution for the government to respect religious rights.

Nevertheless, the conference organizers invited the commander of the al-Ahbash indoctrination project, Minister Shiferaw T. Mariam, who is known for his harsh criticism and criminalization of Muslims, to deliver the keynote speech. At that time, a significant part of the local media had already associated Muslim grievances against unconstitutional government meddling in religious affairs with this minister. Many of the attendees were shocked to see his name on the schedule list in the conference hall. To our surprise, none of the Muslim leaders were given a chance to give speeches, and the conference opened with a video message from Fethullah Gülen, a retired imam living in self-imposed exile in rural Pennsylvania. The video message revealed to us that the organizers were staunch followers of Gülen and members of the notorious Gülenist Terror Group (FETÖ). Shiferaw gave a speech. As usual, his speech defamed Muslim-Ethiopians' peaceful protest of the government. Some of the Muslim leaders, who were elected by an overwhelming majority in the Muslim community, were among the attendees. A large number left the conference hall while the minister was delivering his hateful speech.

That specific incident planted a sense of apprehensiveness of FETÖ members among the Muslim elite in the country. Many felt betrayed by FETÖ members' pledged allegiance to the Islamophobic attitude of the government. Since then, I had no direct interaction with Gülenists until I came to Turkey at the end of 2012.

As an international student in Turkey, I visited local collectives that work with international students, some of whom belonged to FETÖ. In FETÖ dormitories, the issue of "helping Africa" is always on the table. Dormitory managers, the imams and small leaflets all frequently preached how they are striving to teach poor Africans and outfitting African youth for a brighter future. Many followers were very confident about the issue of schools in Africa. They claimed they were teaching and helping Africans for free.

THE BIG LIE Inconsistent with popular belief, FETÖ is actively running schools in many African nations. It has a huge outreach program. According to a recent report, it has more than 40 schools operating in 27 of the 55 African countries. Nigeria, Kenya and South Africa have the largest FETÖ presence, each with four Gülen schools.

Apparently, FETÖ has taken in millions of dollars from its members and donors in Turkey to "build schools for poor Africans." For many years, in a lot of group publications Turks have been told that Africans were receiving their bursary and free school from the Gülen schools. The question: Are they helping Africans and educating children from poor families for free? Let's do some fact checking and find out.

Ethiopia is one of the countries on the Horn of Africa that opened its doors to FETÖ, which works in several sectors, including education. Kaynak Educational and Medical Services PLC is the umbrella group that runs Gülen schools in Ethiopia. Nejashi Ethio-Turkish International Schools is the official name of Gülen schools in Ethiopia. According to the schools' website, the schools were founded in 2004, some 12 years ago. Nejashi Ethio-Turkish International Schools has seven schools and dormitories in the country, five of which are in the capital. The rest are in other cities, namely Mekele and Harar. The names of the schools are CMC Kindergarten, Sarbet Kindergarten, African Union Branch, AlemGena Branch, AlemGena Dormitory, MekelleBranch and Harar Branch. The African Union branch was their first school to open in Ethiopia back in 2004. With more than 450 students, their AlemGena Branch is the largest complex in Ethiopia.

THE FABLE OF AIDING THE POOR AND MUSLIMSThe fact is that Gülen schools only serve very rich families. That is what their sky-high price tag tells us. The school fees demanded cannot be afforded by upper-middle-class households, let alone the humble and lower middle-income groups. FETÖ charges 60,000 Ethiopian birr ($2,714) for a single student per year, making them some of the most costly schools in the nation. In these schools, only children from wealthy families are accommodated. President Recep Tayyip Erdoğan recently said to an audience with Qatar-based Al-Jazeera: "They [Gülen schools] are raising the children of the top regime leadership and public figures, and they seek to take over those countries in due time." The level is the same in Ethiopia, as there are many high officials' children and siblings studying at Nejashi Ethio-Turkish International Schools. More than 90 percent of the Ethiopian population cannot afford Gülen schools.

Putting the amount of money into an Ethiopian context would be helpful so readers can grasp how FETÖ systematically refuses to enroll the poor in its schools. According to the World Bank, Ethiopia is one of the poorest countries in the world, with a per capita income of $550, which shows that Gülen school fees are nearly five times an average Ethiopian's income. Ethiopia ranks 170th out of 177 of the poorest nations on the Human Development Index. Agriculture provides half of the country's gross domestic product (GDP), but due to poor cultivation techniques and frequent droughts, agriculture suffers. Fifty percent of the population lives in poverty, and 80 percent are at the breadline. The minimum monthly salary is 420 birr, and the real income of an average Ethiopian is equivalent to 14 times Gülen schools' single student monthly tuition fee.

Putting these numbers in context, the fees charged for a student is not only unaffordable for the poor families they claim to serve, but also for the country's highly paid professions, such as professors, federal high court justices and senior public prosecutors. The ceiling gross salary for a full professor is 9,604 birr. If a professor sends his child to a Gülen school, he has to pay 63 percent of his total salary and would not be able to afford to send two children to a Gülen school. The gross salary of the country's president of the Federal High Court of Judges is 6,600 birr. The ceiling gross salary of a senior public prosecutor is not more than 6,555 birr. These figures are incompatible with the annual tuition for Gülen schools, which is 60,000 birr. FETÖ perhaps managed to gain much wealth through its huge infrastructural investment, but it does not lay a single brick for free for its cause as it claims. It tells us repeatedly that it is in Africa to serve the poor and Muslims. Evidence, however, shows that their presence on the continent is commercial, to say the least. The fact that many government officials' children are enrolled in these schools is also another serious source of concern. The schools were founded by Turkish donors that like to see poor Africans educated and empowered. They beg for money from Turks, saying it is for the sake of God, but since their schools do not provide any religious training in school or after school, they have sold the Turkish trust. They are neither for the poor nor for Muslims. They are only for those with bigger paychecks.

Last year, when Erdoğan visited the Horn of Africa for three days, Ethiopia was one of his destinations. During his visit, he demanded African nations close down Gülen schools, including Ethiopia. At a joint press conference with Ethiopian Prime Minister Hailemariam Desalegn, he said: "I, our prime minister and our ministers tell the leaders of countries we visit to close these schools, explaining their positions." Hailemariam said: "As we always have done, we will need the support and approval of the Turkish government before cooperating with an institution. Our future steps, how we will act in the future, are very apparent," showing conformity to accept Erdoğan's demands. Turkey has strong trade, economic and investment ties with Ethiopia. According to Turkish government figures, the volume of trade between Ethiopia and Turkey reached $422 million in 2013.