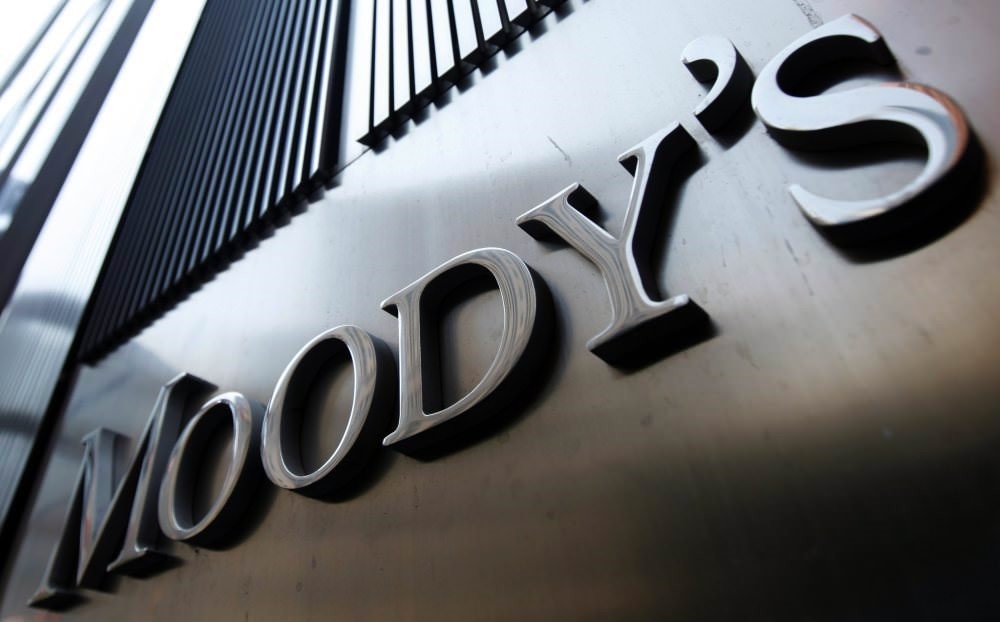 The law books define "circumstantial evidence" as that which allows you to infer a connection between evidence and the conclusion. A classic example of this is a fingerprint left at the scene of a crime. If you look at the sheer number of successful convictions by fingerprint evidence you can see that some (if not most) of the time, you do not need hard evidence for a conviction.

I, like so many others in Turkey, consider Moody's recent downgrading of Turkey's credit rating to "junk" status the fingerprint of what President Recep Tayyip Erdoğan has long called the "metamind" or "superior mind." What did Moody's downgrade do? According to Yahoo Finance, the Turkish markets were hit: "Istanbul 100 stock index fell 3.8 percent and the national currency, the lira, also took a hit. The dollar was up 0.4."

Hit? The Financial Times - whose love-affair with Turkey could be subject to another case for the meta-mind theory - had to confess that Turkish stocks rose and the Turkish lira crept higher the very next day:

"Istanbul's main bourse is up 0.6 percent at publication time and has now recovered half of its post-coup losses, regaining 9 percent from lows hit in mid-July. The Turkish lira, perhaps the most sensitive indicator of a shift in sentiment towards the country, has also strengthened by 3 percent against the dollar since hitting an all-time low on July 20."

In their infinite wisdom, the Turkish people sold about $10 billion and deposited their earnings back into banks to alleviate the impact of the attempted coup. Foreign investors withdrew $907 million in investments within the ensuing two weeks but by the one-month mark had invested $4.127 billion back in Turkey. The country was not impacted negatively at all. (Not only that; the monthly inflation went down during that time.)

Perhaps rightfully so, Moody's had put Turkey's credit rating on review for a possible downgrade. But on Sept. 21, the international rating agency said the shock to Turkey's economy from the failed July 15 coup has largely dissipated, and the Turkish economy was on track. According to the Reuters, "Turkey's problems, however, remain more long-term," Alastair Wilson, Moody's managing director said, pointing to Turkey's sensitivities to global interest rate shifts. In two days however, in a move as perplexing as it is insidious, the company changed its opinion about Turkey and downgraded the country's credit rating to "junk" status.

You might think that one department of the company was not aware what another department was doing; but that cannot be the case because both reports came from the same manager's division.

Such reports usually result in higher borrowing costs as investors demand steeper interest rates to take on riskier debt. What was stranger than a reputable rating agency changing its mind about the economic outlook of a G20 country in two days was its report had no impact at all! It meant nothing to the international investors who very next three days purchased Turkish bonds as they would as if there was no downgrading by an international rating agency. No international buyer demanded steep interest rate increase!

Perhaps this presents more problems on the international level than it would otherwise. Had Turkey have problems in the international markets, we could blame it on Moody's and Turkish business and investment communities would increase their pressure on the government. But nothing happened; and it seems that nothing is going to happen, either. Why would a reputable rating agency publish a report that could have no impact on the markets? With this hindsight, everybody now knows that the report was not reflecting the market conditions accurately.

I don't like to be seen as Donald Trump peddling Google conspiracy theory; but almost all business people you talk to this week, the ministers and Central Bank officials, and the man on the street do think that Moody's last report was more politically motivated than facts driven. Again as the Donald accuses the Fed being more political than Hillary Clinton, now whole Turkey thinks that Moody's is more political than any coup-supporter in Turkey and elsewhere.

The events like the attempted arrest of Turkish intelligence czar Hakan Fidan Feb. 7, 2012, the arrests of several key people in the Turkish government on various corruption charges on Dec. 15 and 27 in 2013, and finally the July 15, 2016 coup attempt are presumed connected at the hip. Their perpetrators are comrades-at-arms in a secret religious sect. The leader of the sect is in self-exile in the U.S. The leader and his organization are believed to be part and parcel of international connivance.

Yes, the evidence we know of for that inference is only fingerprints! We don't know yet what arrested owners of those fingers are telling the police and public prosecutors; if any other witnesses are being gathered by the courts, and what other evidence the courts are collecting right now. There is an enormous number of people in custody and the government is trying to have many people who fled to the U.S. and Germany extradited.

The plot has thickened already: Why would an international rating agency issue two rating reports about a country two days apart, which contradict each other and contradict market reality nonetheless? Only those who take part in a coup of sorts.