The looming battle of Mosul and the demise of Daish 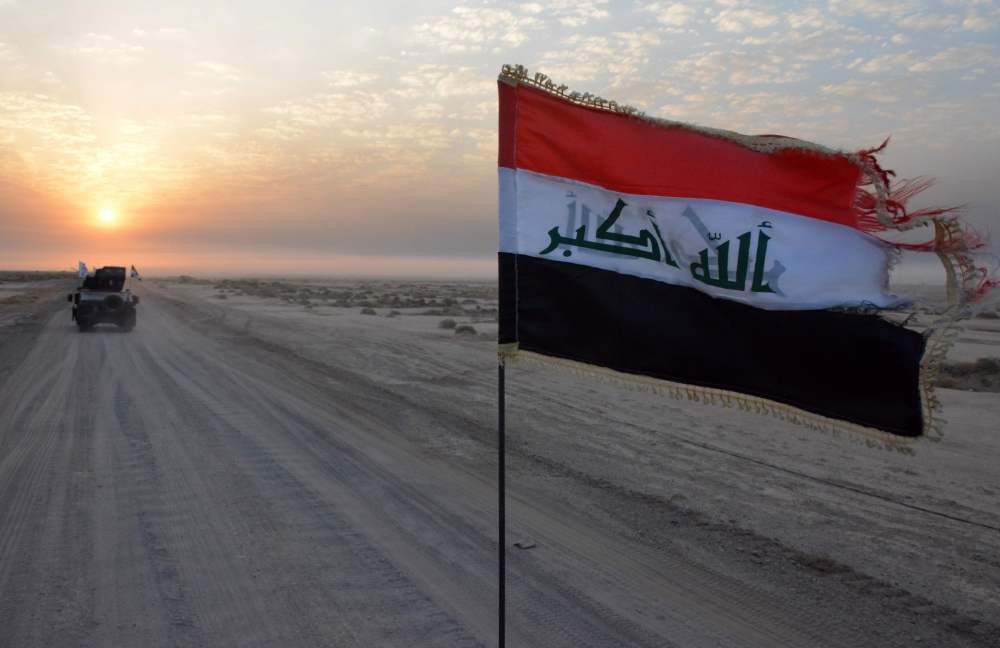 The recent level of diplomatic traffic seen in Turkey and Northern Iraq is unprecedented, foreshadowing the imminent war to liberate Mosul. The U.N. recently said that it is bracing for as many as 1.2 million displaced Iraqis who could complicate the already convoluted refugee crisis when the military offensive to retake Mosul from the blood-thirsty militants of Daish begins.

Turkey and the Iraqi Kurds - known as peshmerga - are expected to play a crucial role in this decisive battle. In a speech last week in Parliament, President Recep Tayyip Erdoğan asserted that the offensive to retake Mosul will begin on Oct. 19 saying, "We will play a role in the operation to liberate Mosul and no one can preclude our participation."

Who is trying to marginalize Turkey?The president's speech made reference to regional powers trying to impede in any Turkish role in Mosul, including Iraqi Prime Minister Haider al-Abadi who warned that Turkey's involvement in Iraq could lead to a regional war.

It is no secret that Ankara has held intensive meetings with Washington, Abadi's guardian, to define the nature of the crackdown on Daish as well as military limitations. President Obama, who authorized the sending of an additional 600 American troops to Iraq to help Iraqi forces in the impending offensive to take back the city from Daish, recently called for Turkish support in the coalition to defeat Daish in its Syrian stronghold of Raqqa. However, it seems that the keenness of the Obama administration on engaging with Turkey to crackdown on the terrorist groups - mainly in Iraq - has waned.

Clumsy Iraqi intransigence The Iraqi prime minister, one of Iran and Washington's "good ‘ole boys," called on Turkey to withdraw its troops from Bashiqa, a town north of Mosul. Washington echoed these remarks with a tweet posted by Washington's envoy for the U.S.-led coalition Brett McGurk who tweeted, "Washington does not support military deployments inside Iraq [that do not have] the consent of the Iraqi government." Obama asked Turkey to take more measures to de-escalate tensions with the central government in Iraq.

Baghdad's insistence that Turkey pull all of its troops out constitutes an operational hurdle to Turkey's initiative to liberate Mosul and eradicate Daish. However, conventional wisdom says that al-Abadi doesn't typically speak what's on his mind, meaning that he is more like a puppet of the White House and Tehran, who would not merely propose petitions if they wanted to make progress in Iraq but would instead dictate firm orders as commanders should.

Yet, the question that inevitably persists is: Is Washington really devoted to eradicating Daish?

The Obama doctrine If the answer to this question is yes, then the success of Turkey's codenamed Operation Euphrates Shield against Daish in northern Syria would have given Obama unequivocal proof that Turkey's approach is the most effective and least costly.

There is no doubt that Turkish-U.S. strategic relations were seriously shaken; primarily in the aftermath of the thwarted coup attempt in Turkey. However, the main arduous issue is their indifference toward Daish and the concept of "terror." Obama's strategy against Daish sounds more like a broken record from an obsolete, anachronistic playlist.

In his paradoxical doctrine that was promoted by Jeffery Goldberg of the Atlantic, Obama is utterly vexed because Erdoğan has been reluctant to use the strong power of his colossal army to bring stability to his neighbors. It seems that Obama's doctrine was drafted by an architect who only deals with a few "smart" tamed autocrats in the Middle East - and Erdoğan is not one of them.

Now, Turkey is not only ready to get involved and flex its muscles, it has even begun taking advanced, concrete measures to stabilize the region and will definitely demonstrate its presence both in Iraq and Syria. Otherwise, terrorist groups such as Daish, the PKK and its Syrian offshoot the YPG and the PYD will fill the void.

Who is the terrorist?The Obama administration problem, however, is entrenched in a hornet's nest - i.e., the concept of "terror." While Washington perceives Daish as a terrorist group, it does not regard the PYD or YPG as terrorist groups, saying instead that it will continue to work with these forces against Daish in Syria.

Hitherto, Turkey knows what it means when the fire of war is ignited in a neighboring country. As soon the battle drums are beaten, influxes of Iraqi refugees will be heading directly to the Turkish border simply because the Kurdish Regional Government (KRG) hosts more than 1.5 million internally displaced persons (IDPs) and wouldn't welcome any more of them.

The evacuation of the Iraqi-Sunni regions from its aboriginal residents will eventually lead to undesirable demographic changes that could bolster certain sectarian groups and the most vulnerable sect will be the Sunnis. Thus, without Turkey's direct involvement such an offensive might further entrench the widespread Sunni disenfranchisement. Bitterly, it was the marginalization of the Sunni majority that primarily spawned Daish in the first place.

Day afterOne military operation for the retaking of Mosul will fail to address these underlying issues. Turkey reckons that the battle for Mosul has to be perceived holistically - this is not merely a gunfight on a battlefield - it is a battle against a deformed hegemony project by extremists backed by international powers.

Mosul is the last stronghold and haven of Daish and this fight will not be a walk in the park; Daish intends to purposefully reduce Mosul to rubble. Reports coming from Iraq reveal that Daish affiliates have been planting mines everywhere and they will not give up without a fight.

However, the most imperative point to make is: The Day After. Ultimately, Daish will be crushed in Iraq in the same way that it is now being defeated in Syria. However, the insincerity and lack of preparation by the coalition, coupled with the apathy shown towards the humanitarian consequences of the battle may lead to a catastrophe.

Ramzy Mardini, a nonresident fellow at the Atlantic Council, recently wrote an incendiary article for New York Times titled, "Don't Defeat Daish, Yet." In the article, he makes a point that Mosul has been too pitchforked under a multifaceted makeshift tribal and sectarian militias and in order not to repeat the mistakes made in Libya post-battle, variables including security, reconstruction and representative governance should be extensively considered.On the other hand, the editorial board of the Washington Post published an article titled, "The Obama administration is pushing Iraq into further chaos." The article proposed that Obama's intention to embark on the offensive ahead of the U.S. presidential elections means that the operation will set the Iraqi stage for hypothetically calamitous chaos - basically because the coalition doesn't have a post-victory vision.

The challenges of managing post-battle Mosul are not unassuming and they will undeniably surpass the Iraqi government and Kurdistan Region's capabilities to coordinate, even though these are not insuperable difficulties.

Turkey is the only regional guarantor which can not only handle the challenge but also meticulously monitor the battle to prevent the committing of war crimes and the bloody massacres we have seen in other battles, protecting not only the Turkmens in Iraq but also the Sunni Arab majority.