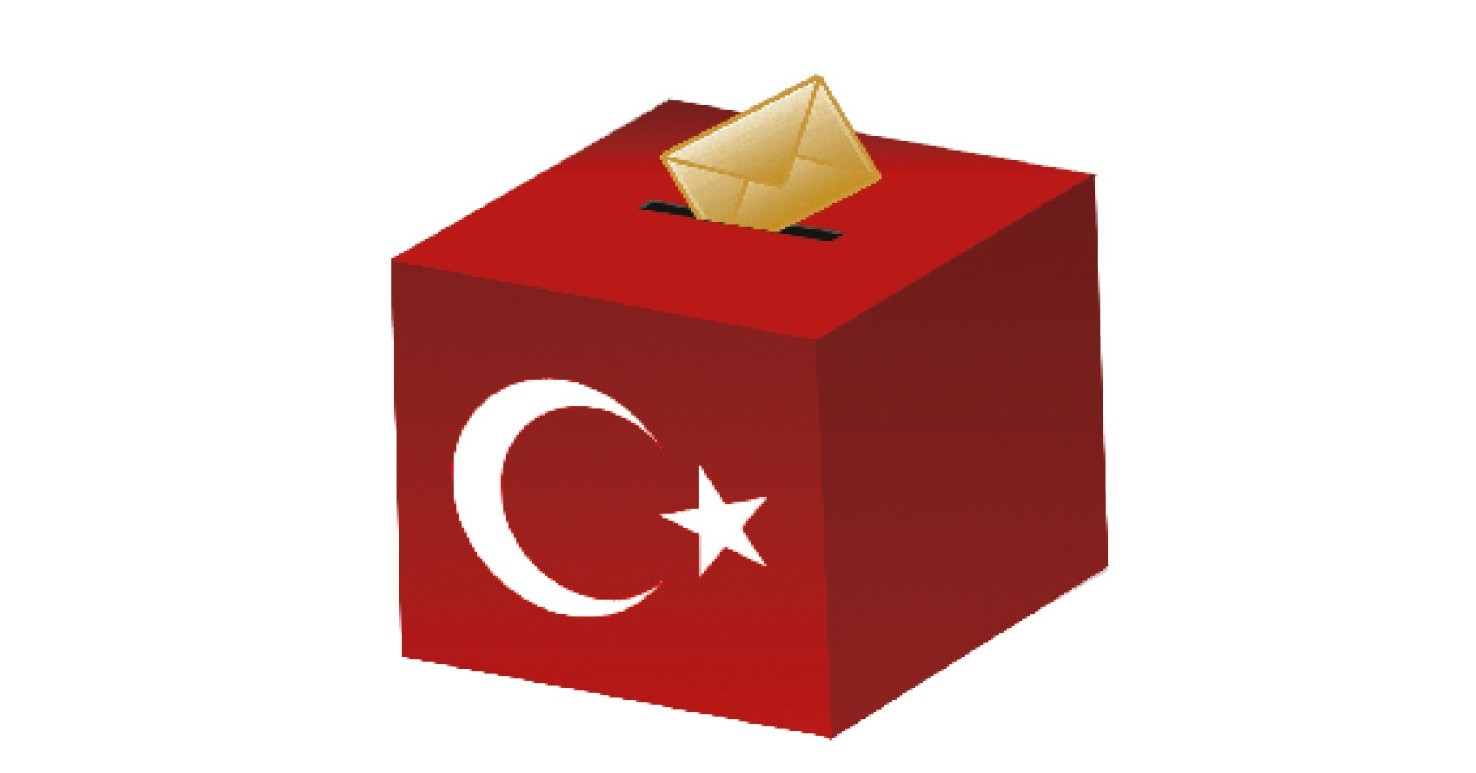 As heated discussions about Turkey's role in the Mosul operation continue, a recent speech by opposition Nationalist Movement Party (MHP) Chairman Devlet Bahçeli is also causing a heatwave as the chairman revives the age-old debate about a presidential system in Turkey.

The chairman said, "There is an actual case in Turkey and this must be resolved. The country is not being governed in accordance with the Turkish Constitution itself, which means a crime is being committed. President [Recep Tayyip] Erdoğan should stop pushing the country towards the presidential system because this is the right thing to do. If he doesn't give up, we must find a quick way to legalize the current situation."

Bahçeli's statement has implied, as have his previous statements, that he opposes the "presidential system" on a theoretical level. The chairman suggests that it needs to be changed because the current situation establishes a political structure that is not based on the theoretical system and this political structure creates unlawful situations. The attitude of both him and his party toward the demands of the ruling Justice and Development Party (AK Party) for establishing a presidential regime has caused many times a political gridlock in Parliament. It created obstacles and opposing change by arguing as if the presidential system was solely Erdoğan's issue.

The opposition leader's unexpected speech on the matter is highly significant and one of the most radical moves in Turkish politics in recent times. One of the main reasons for Bahçeli's changing position is, of course, the fact that we are in the era after the July 15 resistance; the Turkish state has been weakened and it should not be faced with another more severe challenge or attack. The judiciary, police intelligence, public administration and the military in the Turkish Republic have been under attack and recovery can only be possible with a formal change of government with a well-functioning Constitution. Secondly, on the evening of July 15 it became evident that the survival of the state is connected somehow to Erdoğan's survival, resulting in a change of mind on Bahçeli's part.

Thus far, the Gülenist Terror Group (FETÖ) in particular has portrayed President Erdoğan as a "dictator," "oppressor" and "one man" show, and these smear campaign slogans were brought to the political agenda with the help of the other opposition parties, including the Republican People's Party (CHP) and the Peoples' Democratic Party (HDP). However, the night of July 15 revealed the main aim of the smear campaign. Bahçeli, who is one of the most-affected victims and observers of the game of political discrediting, made a movement contrary to the Gülenist parallel structure by running the mechanism of a political system in favor of a presidential system. In addition to this, it should be noted that during the most critical periods where the interests of the nation are concerned, Bahçeli has always shown his statesman-like character, which is in favor of the nation as expected.

Fate of the presidential systemThe presidential system has been discussed in Turkey for a long time. Almost all of the country's politicians, academics, journalists and statesmen have an opinion about this subject. Especially when leading political figures have power in the government, they have underlined the necessity of a presidential system more now than ever before. This could have been caused by the conservative attitude produced by the bureaucracy, and it is very crucial. The second possibility could be that the politicians working with charismatic leaders may want to maintain power. Especially due to the second possibility, there has been intense opposition towards the transition to a presidential system because it is seen as the weapon of a "dictatorship-loving" leader. The most criticized leader because of this system in Turkey, is Recep Tayyip Erdoğan. Kurdish and Kemalist politicians manipulated by FETÖ have been opposing the idea of a change of the system for a long time with the "We will not allow you to be the president" rhetoric. Accordingly, this opposition is not based on powerful theoretical reasons but on their pragmatic political concerns. In contrast, the experience of Turkish parliamentarism especially made the academic world, politics and media become lazy about the "presidential system." There is no fact-based information about what the presidential system is, which principles it may be based on, how technical changes will cause a successful political operation and what the historical examples are. Also there is not enough research and studies that can find answers to these important questions. Despite all the laziness of the media and the academy, the AK Party wants to change the political system. Hence, they should come up with concrete projects in order to convince the public about the presidential system. It is very crucial that information about this system's rules should be given, because this system is historically strange to Turkey and it will not be like examples from around the world. It will be a "Turkish style" system, which has a political meaning in Turkey.

The existing political system in Turkey

When we turn back to analyzing Bahçeli's statements, the leader of the MHP indicated that the president gets involved in politics in actual situations. Firstly, it should be noted that the name of the system has not been explicitly given in the Constitution. The system's name is named on the inferences over the separation of duties, powers and forces. The president would not commit a crime as Bahçeli defines it, in particular exceeding his authority, since those are constitutional authorities. He uses his powers that are granted by the Constitution. In brief, there is no difference between the status of the actual (de facto) situation and the legal (de jure) one. On the other hand, the presidency has departed from becoming symbolic by means of the recognized authority in the Constitution of 1982 and secondly via the constitutional amendment in 2007. The problem is that the Constitution of 1982 does not have a logic of a parliamentary system which is whole, and the parallel of historical experiences. At this point, the important thing is that the legal arrangements about the Constitution should be made and the organs to be mandated according to the form of government be determined. As of today, the system has an amorphous quality. The form of government alone is not like the parliamentary system or the presidential/semi-presidential system.

Presidential systems or parliamentarism refer to the models of "form of government," which adopt the powers and duties of elected executives in a democratic regime. The form of government and the form of the state are two distinct subjects of political characterization in theoretical levels. The introduction of the presidential regime, mainly removing the parliamentary regime, does not mean one is changing the format of the state - Republican - or its management style, which is democratic. On the contrary, a well-constructed presidential system can strengthen these two characteristics more.

Turkey's current system has been shaped as a result of non-democratic interventions in 2007 along with the military coup on Sept. 12, 1980 and the crisis experienced in the election of former President Abdullah Gül. The Turkish people deserve a civilian Constitution because they have put up a fight and grown in their democratic maturity. The form of government should be assessed within a civil Constitution in a holistic manner and it should be decided by asking people through a referendum regardless of a quorum.