Education, social mobility and decoding a religious cult: The role of Gülenism in the failed coup 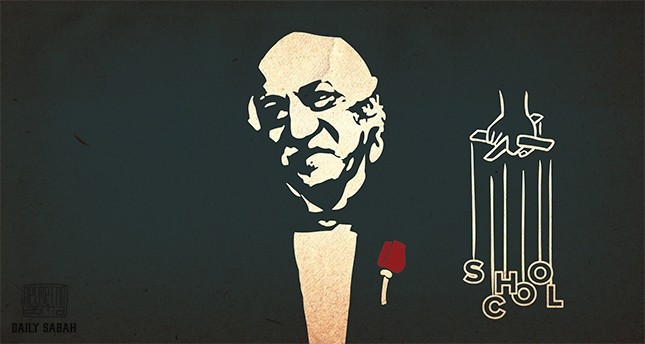 Given their weight in many official positions, especially within the ranks of the army, it could have been none other than Gülenists behind the bloody coup attempt on the night of July 15

Upon emerging as a new entity out of the ashes of the Ottoman Empire, Turkey felt obliged to imitate European nation-states by adopting a French-style laicism that left no room for religion in the public sphere. Since the inception of the Republic, the political elites tried to restrict religion and all of its cultural displays in the private lives of people. For them, there was no room for religion not only in political but also in public domains, which caused the imprisonment of religion on an individual level. This was also the consequence of the (mis)interpretation of the notion of laicïté à la française as a total removal of religion from the public and private domains. Since the notion was borrowed from France, its implementation in certain sui generis cultural and social conditions of the country would not be the same for Turkey. In France, the Catholic Church would allow secularization up to a certain point to be protected from assaults coming from the Enlightenment philosophy. Yet, in Turkey the circumstances were relatively different, and the Republic struggled with the transition from the traditional to the modern. It was unfortunate for Turkey to adopt a stance based on the Catholic version of secularism instead of the Protestant liberal view that provided individual freedom of religion.

For various reasons the principle of laicïté has been the major element in the social structure of the Turkish Republic and it was considered the most important component of the Republic. Turkish elites believed that laicïté as a Republican value equaled democracy as is if without it there would not be any democracy in the country. However, the exclusivist nature of this understanding of militant laicïté was not compatible with Turkish social texture. Consequently, they tried to confront the state's administrative and legal sanctions by sometimes going underground and at other times pretending and appearing to be engaged in innocent religious activities that would in no way harm the state. Education was one of these activities for instance, but here in this case they pretended to give a totally secular and scientific education, not a religious one. Yet, the milieu of such an education was embellished with pious and moral elements, especially in extracurricular activities.

One of the most important democratic reforms by the Justice and Development Party (AK Party) was the transition from the militant and exclusivist laicïté to a more liberal Anglo-Saxon type of secularism. That was what Recep Tayyip Erdoğan, the then prime minister, meant when he visited and made a speech to the Egyptian Parliament in September 2011. He noted that the principle of secularism should be incorporated into the new Egyptian constitution as secularism did not mean renouncing religion. He believed that the state should have an equal distance from all religious beliefs. So, in Turkey his party realized a chain of reforms providing a space for religion in the public space that was hitherto considered as a laique domain. It was a new opening for not only Muslims but also for religious minorities and their fundamental rights. In this tolerant and liberal context, many religious groups began to manifest themselves freely albeit with some reservations as a result of their century-long apprehension.

GÜLENISTS APPEAR ON THE STAGE IN 1960s

One of these religious groups was the Gülenists, the followers of the cult founded by Fetullah Gülen. It is a peculiar group that does not lend itself to objective scientific research due to its nature of exclusivism and secrecy. They have been active, particularly in the realm of education, since the 1960s. They started to open houses for conservative and relatively low social status students coming from rural areas to metropolises. They exploited the religious sensitivity of the people by using the deficiencies of the state. In those times, the Turkish state could not provide student halls and dormitories for all students who needed them, especially in big cities. They appeared suddenly on the scene and provided accommodations with a religious flavor.

High-status members or sophomore students would tutor younger ones, which paved the way for the opening of private institutions like study centers or courses preparing for the university entrance exams. Then came private student dormitories. Each one could accommodate 30 to 100 students. The basic function was to indoctrinate young minds with the teachings of cult leader Gülen in the evenings. In the 1990s, following British Prime Minister Margaret Thatcher, with the liberal economic policies of Prime Minister and later President Turgut Özal, the privatization of almost everything, ranging from the media to education, provided fresh opportunities. Before all other groups, the Gülenists were quick to abuse the new system as a power-grabbing entity. And they began to open private primary and secondary schools. Some students from these schools scored very high in nationwide exams (later we learned that the cult had stolen the answers to the exams and gave them to some private students), which increased their popularity. The publicity, success and popularity inside the country encouraged them to open schools abroad with the help and formal support of politicians and high officials prior to the AK Party governments. In 1996, they began to open private universities and colleges both domestically and internationally. Today, it is estimated that there are more than 1,000 schools linked to the Gülenist terror group all around the world.

HYPNOTIZED TO DO WHATEVER THE CULT ORDERS

The main factor for this group in their engagement in schooling is manifold. First, education is a social and economic value in Turkish society; it provides the easiest vertical mobility for the majority of the people. Unequal distribution of wealth compels many people to take advantage of education for employment, and for this reason, parents feel obliged to provide their children with a good education. They sacrifice even their basic needs to pay not only private tutors but also other expenses like accommodation, food and travel for their children. Gülenists realized this parental enthusiasm coupled with the fear of "losing" their children in big modernized cities in addition to the inability of the state to provide these kinds of facilities, the group found a golden opportunity to realize their secret agenda.Many observers noted that the main educational philosophy of these institutions was to produce the necessary manpower to first infiltrate the veins of the bureaucracy, judiciary, military, and politics. The obvious characteristics of the graduates were their adamantine obedience to their superiors, as they were not expected to excel in their studies nor develop a questioning mind. They were trained in certain methods so that they would become alienated not only from themselves and their own families but also from their cultural and traditional values. For this reason, the Gülenist cult would be an excellent example of secularization of the eschatology by abusing religion to achieve their worldly intentions. Since their early times, they did not miss any opportunity to appear in the ranks of the state. For this reason, nobody else but the Gülenists could have been behind the bloody coup attempt on July 15 given their weight in many official positions especially within the ranks of the army.

* Professor of anthropology in the Department of Radio, Television and Cinema at Marmara University
Last Update: Nov 03, 2016 8:03 am
RELATED TOPICS