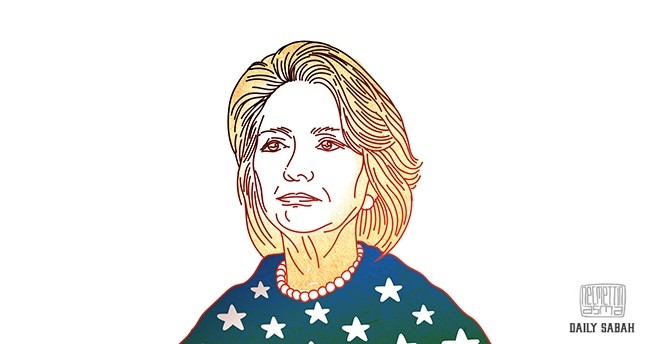 When we examine a woman's visual aesthetic or what sociologists and fashion studies experts refer to as ‘the look,' we have to first recognize that this phenomenon is almost always a topic of discussion that focuses on the female body and its status quo in society

With the United States presidential elections just around the corner, there have been many topics over which the two candidates have had altercations. While some of these issues may have been significant for the national debate, others have revolved around misogynistic attempts to degrade Hillary Clinton, the first ever female American presidential candidate. One of these arguments, one that has been made a plethora of times by Clinton's opponent, Donald Trump, has focused on the presidential aesthetic.

On Sept. 6, 2016, The New York Times reported that Donald Trump criticized Hillary Clinton's "presidential look." It was not unexpected for Trump to criticize anyone and everyone based on their appearance, race, gender or ethnicity. In fact, the American voters are used to his white supremacist, racist and misogynistic points of view. Nevertheless, Trump's claim begs the question, "what exactly is the 'presidential look?'" In analyzing and understanding the semiotics of the "look," I would like to examine Clinton's presidential aesthetic and the intersection of fashion and politics. This analysis is solely based on my own experience and knowledge as a fashion designer who caters to female politicians and diplomats, as a lecturer in fashion media, and a Ph.D. student in aesthetic studies.

When we examine a woman's visual aesthetic, or what sociologists and fashion studies experts refer to as the "look," we have to first recognize that this phenomenon is almost always a topic of discussion that focuses on the female body and its status quo in society. Since the female body is clothed in public, the clothes a female body wears become the point of discussion by default. Thus, the discussion of the female body and the role of female dress in society is clearly a gender-biased topic. Furthermore, as it has been argued throughout history, from both a women's studies and a feminist studies perspective, clothed female bodies are faced with a double bind in society.

Clinton is a former attorney at law who received her undergraduate degree in Political Science followed by a Juris Doctorate from Yale University. She gained legal expertise as an attorney working at a law firm and eventually became a partner in the same firm. She became a First Lady through her husband's presidency in 1993. In 2001, at the end of President Bill Clinton's term, she ran for a seat in the senate from the state of New York and served as a senator. In 2009, she became the 67th U.S. secretary of state during the Obama administration. A woman who has worked in the professional industry, one in which her whole life was weaved with politics and law and has spent many years at the White House as the First Lady and as a policy maker in D.C., clearly knows the professional aesthetic.

In fact, Hillary Clinton has made the pantsuit for women an icon in the world of politics and the world of fashion. According to the Dallas Morning News, "Clinton supporters are planning to pull out their pantsuits on Election Day" in honor of Clinton. While some fashion critics have criticized Clinton's political aesthetic as being too masculine, I disagree. As a designer who understands the necessities of functional professional wear for women in politics it has been my experience that many women in politics choose a pantsuit over a skirt-suit, or a dress because it is more practical and functional when working in a profession that in Trump's words requires "tremendous stamina." In addition, not only does Clinton have expertise in how to dress as a professional female, but she also strategically uses fashion in her favor.

During her candidacy, Secretary Clinton has benefited from her network in New York City, a city known as a fashion capital since a large portion of the city's income is generated through its garment industry. As a former New York senator, Clinton has close ties to fashion influencers like Anna Wintour, the editor-in-chief of Vogue magazine, as well as internationally well-known fashion designers. One of the world's five fashion capitals, New York City is home to New York Fashion Week (NYFW). In fact, NYFW in September 2016 kicked off with fashion week's #ImWithHer campaign in support of Clinton. The president of the Council of Fashion Designers Association, Dianne Von Furstenberg, designed the #ImWithHer NYFW white t-shirts with the words "Proud to support Madame President, Love Diane," printed in red white and blue fonts. The t-shirts hit the runway for the viewing pleasure of Clinton supporters. The models wearing stylistic combinations of the campaign t-shirts showcased their looks accompanied by theatrical dance performances. The event, hosted by Anna Wintour and organized by Chelsea Clinton, was jam packed with designers and celebrities showing support for the first female presidential candidate. The Madame President t-shirts were a big hit and sold out instantly.

Secretary Clinton's power suits for all three presidential debates were tailored to perfection by the American and local New York based designer, Ralph Lauren. The most influential detail of her aesthetic was the color scheme. For the first debate, Clinton wore a red power suit. From an aesthetic perspective the color red is culturally interpreted as the color of blood and fire, translating onto cloth as life, strength, power and confidence. In fact, former First Lady Mrs. Nancy Reagan is credited for bringing the color red in to the world of politics. Regardless, there is another visual message hidden in Clinton's red power suit, which is the fact that the color red is representative of the opposition party, The Republican Party. Thus, in her first presidential debate, by wearing the color red from head to toe, Clinton is visually reaching out to voters from the Republican Party, through using her red power suit as a tool of communication.

For the second presidential debate, Clinton chose a navy blue and white shawl collar blazer and navy pant suit, again custom made for her by Ralph Lauren. This second suit was softer and more feminine in its silhouette compared to her first outfit. The shawl neck line and the white inner piece were soothing to the eye. To conclude, her last outfit of choice for the third and final debate was an all-white Ralph Lauren pantsuit. When analyzing the three presidential outfits as a whole, she started out with a strong red, followed by a mediating navy blue, finished off with an innocent, peaceful white. In sync with the Lauren aesthetic and the patriotic colors of the American flag, Clinton's overall theme of red, white and blue were as presidential as they could possibly be.

Following his Sept. 6, 2016 comments stating that "Hillary Clinton does not have the presidential look," during the first presidential debate on Sept. 26, 2016, Donald Trump was cornered into expanding on his argument. Trump strategically altering his initial wording, replied, "I said, she doesn't have the 'stamina.' And I don't believe that she does have the stamina. To be president of this country you need tremendous stamina." Regardless of his Trumpian explanation consisting of a mouthful of sentences that do not answer the directed question, Clinton used her intelligence and facts to make her counter argument. Clinton replied, "As soon as he travels to 112 countries and negotiates a peace deal, a cease-fire, a release of dissidents, and opening of new opportunities in nations around the world, or even spends 11 hours testifying in front of a congressional committee, he can talk to me about stamina!"

Clearly, presidential candidate Clinton has both the presidentia﻿l aesthetic and the stamina to run for office as the first American female president. Will this be a reality? The world will have to wait and see.