Recent elections in the West and cracking societies 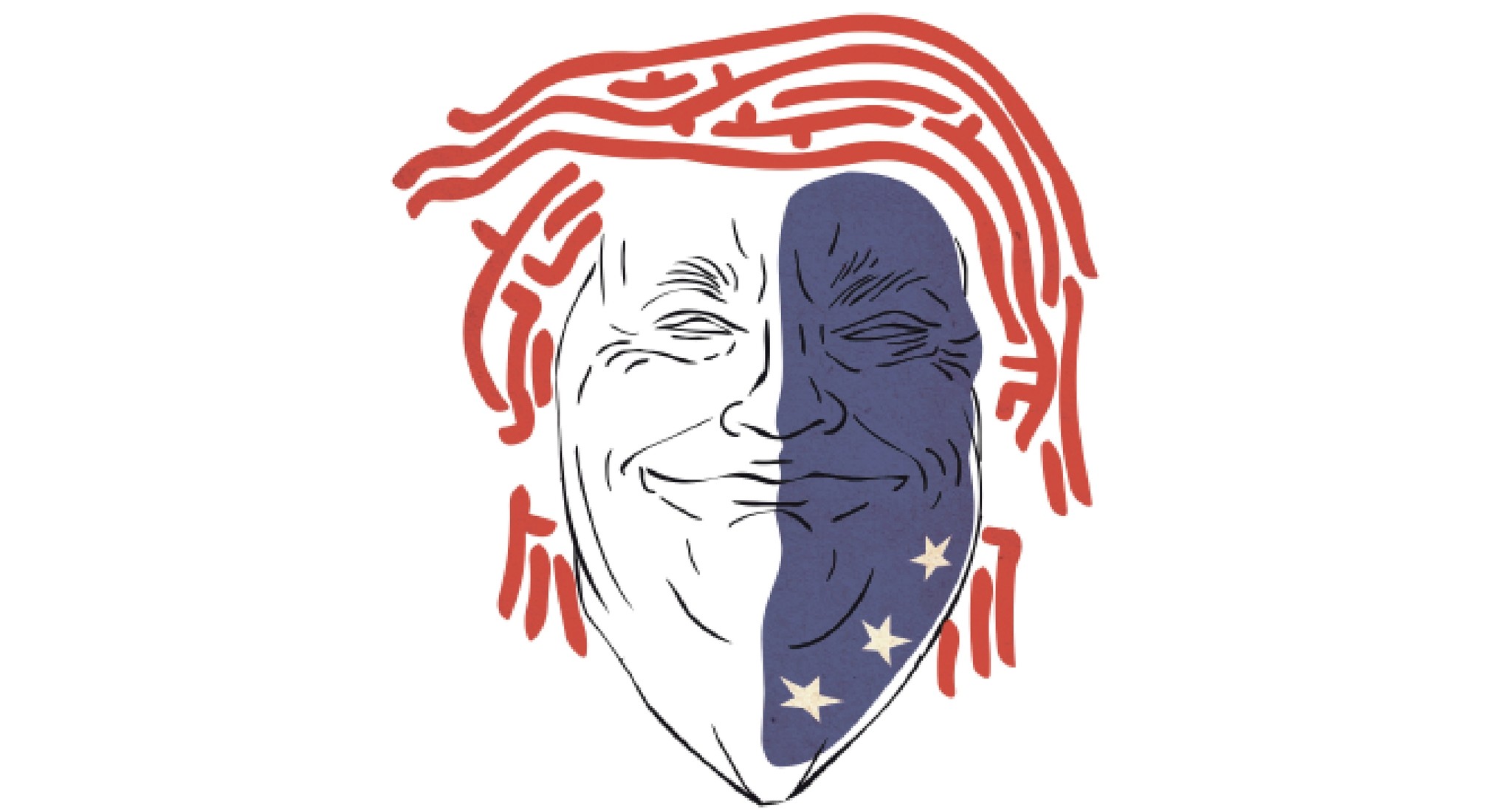 Polarization and division has been extremely deep in elections the West, not only the U.S. elections. If politicians including Trump continue with the same discourse, polarizing the community, the divisions will only get deeper

The recent elections that have been taking place in the West are yielding surprising results for everyone. The latest example was the elections in the U.S. Despite his polarizing, offensive and divisive campaign, President-elect Donald Trump did not only win the presidency but also managed to secure the majority both in the senate and the House. No matter how offensive, divisive or polarizing it may feel, the electorate in the West seem to be more attracted to campaigns aggressively pledging to address the issues that have been created ultimately by interest-based internal or foreign policies. Pledges to address immigration have been extremely prominent in all recent elections, like the U.K.'s referendum over its EU Membership. The USA's presidential election and campaigns to address this problem seem to be the ones that eventually succeed. However, just as in the U.K. example, the results of the U.S. election have created more division among the electorate. The protests taking place in various cities in the U.S. in the aftermath of the election are clear evidence of this division and people's difficulties accepting the results. This is the picture we see despite President Barack Obama's mature reaction to the results and Mr. Trump's announcement that he will be the president of all Americans.

It is not usual to see this level of protest toward the outcomes of elections in the West. For instance, a high court has now ruled that the U.K. government has no the power to trigger article 50 for the Brexit negotiations and that parliament instead must decide. The government is now appealing to the Supreme Court to get an announcement that will override the high court's ruling. All these developments are confusing and raise questions about the purpose of referendums if parliament can overturn something the electorate has already decided. On the other hand, a large section of society in the U.S. is on the streets protesting against the results. In both cases, far from unifying society, the results have been causing strong divisions among the public, with some taking radical decisions such as leaving their country.

The fact that a large section of society both in the U.K. and in the U.S. is uncomfortable with the election results is problematic for both countries. It feels like there is now a tendency in the West with opinion squeezed into two opposed camps and neither accepting the victory of the other.

In this context, for both countries there has been a lack of richness in the arguments of the political leaders so that those advocating something different draw sympathy and support from both polarized camps. And when polarization in the build up to the elections has been extremely deep, the results are inevitably far from a basis for unity or common reassurance.

We all are aware that society has a strong role in how policies form in a country despite the number of other factors that try to steal this role. Similarly, it is the richness in society that determines the richness of the arguments presented by politicians who put themselves forward in order to lead on their behalf. So what is the reason for the absence of a strong "third argument" or "third way"? Could it be because there is a lack of people in society critical of the policies their country uses deal with other countries or crises around the world? Or could it be because there is a very low number of people who are able to say "hang on!" you keep mentioning that you are going to build walls or refuse Muslims entrance to our country but you do not talk about the reasons that are making all these people come to our doors all the way from Afghanistan, Syria and other conflict-stricken regions around the world?

It is the absence of this critical attitude in society that is causing a dearth of leaders willing to take radical steps and challenge the establishment to address the real issues affecting society rather than just deal with the tip of the iceberg. For instance, it is understandable that a large section of people in the U.K., U.S. and other Western countries advocate priority for their own citizens in the use of national resources. However, one would expect that the people advocating this do the same when it comes to countries that are producing the most immigration. It is now clear to everyone that immigration stems from denying Iraqis, Afghans, Syrians and African's as well as others their own national resources and from the constructed conflicts that allow exploitation of these resources by countries holding the global power in their hands. This being the case, how many voters in the West are able to reject campaigns that have been categorically insulting Muslim immigrants? How many voters have been able to protest against the political exploitation of something – immigration – which is the outcome of manipulative foreign policies?

Immigration is a combination of various traumatic experiences and emotions difficult to understand. It is "displacement," "loss," "uncertainty," "fear," "hope" and many more sensations that only those who go through can voice best. It is wrong to squeeze all these deep emotions into a word that only signifies a political problem for Western societies. It is worse to see that these deeply distressing emotions are turned into a handy tool allowing presidential and prime ministerial candidates to exploit and beat their opponents. And it is worse because of all the trauma experience by those defined with the term. One cannot expect unity by disregarding the trauma of immigrants, attributing all sorts of negative labels to them in order to win support and because the arguments that have led to the outcomes are against basic human values.

When the electorate in the West realize that immigration is more than a just an abstract word being exploited by Western politicians and instead ensure there are legal mechanisms to ensure their politicians are held accountable for their wrongdoings in the conflicts around the world, then we will see alternative arguments from leaders who can unify society rather than exploit public anger toward only advance the establishment's agenda.

It is for all these reasons that if the President-elect Mr. Trump is genuine in his pledge to address the issue of immigration he will take the lead by building walls or passing legislation that will impose stricter rules on access to the U.S. but by ensuring that there is a fair foreign policy and better representation of all countries around the world in the creation of policies relating to regional and global problems – like tackling the current structure of U.N. Security Council for a start. This goes for all Western politicians whose campaigns have featured immigration to win the support of the electorate.

In complete contrast to his divisive discourse in the build up to the elections, Mr. Trump did try to reassure all Americans when he addressed the nation after his victory in a positive step toward uniting American society. There is little doubt that America will meet with disaster if he maintains the same polarizing, divisive and offensive discourse, especially given the ongoing discontent of a large section of the society with the results and subsequent protests. Based on this, it is likely that he will adopt a different approach and follow different policies to the ones he has advocated during his campaign. However, because he has never been active in politics before, it is all unclear as to how things will pan out for Americans and the world in general. But one thing is clear and that is the fact that polarization and division have been extremely deep in the recent Western elections and if politicians continue with the same polarizing discourse, the divisions will only get deeper.