When multi is a problem 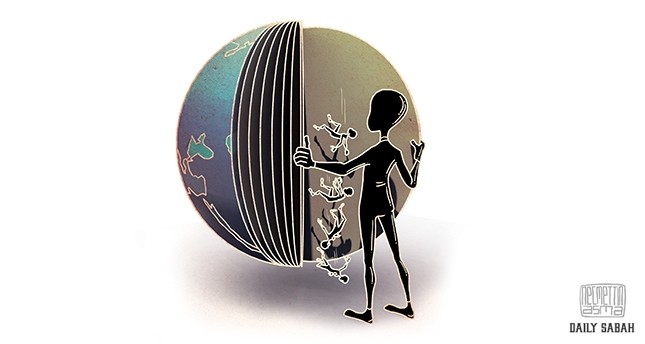 While the year nears its end, it becomes increasingly apparent that 2016 has hardly brought either security or stability to the world. Hostilities and chaos in the Middle East continue spiraling to engulf countries and regions and whole continents. The global nature of these modern day calamities is not surprising anymore: Everything in the world is intertwined. Whatever happens in Syria or Iraq instantly echoes in the EU, U.S., Russia and Turkey, whose bilateral disagreements and tensions produce an immediate effect on the global level. The repercussions of the going-on are far from positive by nature and their impact is destabilizing, destructive and threatens to mushroom further grave developments.

The passing year has revealed futility of the U.N. Security Council effort resulting in nothing, but resolutions and appeals to the international public. It has proved once again that heated debates in the international fora about the situation in Syria and Iraq fail to better the plight of civilians held hostage to the circumstances in Mosul and Aleppo, and that the real remedy found so far is food and medicine and shelter brought by those who endure the pain of those suffering. In doing so, the passing year has urged the global community of nations to establish an efficient and functional mechanism to generate tangible results for the benefit of the people of the world.

A widening gap between the down-to-earth reality and high-level thinking has started to affect the very architecture of our world, and its multilateral functional mechanisms in particular. The Brexit results revealed last June a bitter disillusion of the Brits about their common future with the EU. This largely unexpected development has sent shocking waves all over Europe and triggered a vocal disagreement with the EU pursued policies among such traditionally staunch supporters of Euro-integration as the Netherlands, France, Austria and Italy. Considered by the West as the most successful example of multilateral integration, a dreamland of stability and prosperity, the EU has started to rather look as a sinking boat that time has come to jump.

In the modern world politics are crucial. They have at play such a powerful tool as mass media backed by a global web of internet capable to penetrate in no time in the most distant corners of the world and make public the most hidden secrets. As well, through using the most sophisticated advances of IT technologies mass media could easily overshadow or distort what is going on, if the politics say so.

Politics is an indispensable element of a modern civilized society as well as a dangerously destructive one, if morale is concerned. At the dawn of Euro-integration in the 1950s, when an EU precursor of the European Coal and Steal Community came into being, the emerged alliance of West-European nations guided by a desire to build a single Europe on the principles of federation was tied up with economic interests. With the years going on, a bright idea of establishing a prosperous community of European nations has experienced a substantial modification to increasingly become a hostage of politically motivated disagreements and biased decision making. Today, even if a country meets all of the EU's requirements its entry may be blocked for political reasons. As well, the 2004 EU enlargement has more than ever clearly revealed that compliance with the admission criteria was not essentially crucial anymore, if politics were involved. Hardly any of the 10 newly admitted members fully met the established EU criteria.

EU and no EU

Turkey is a country waiting the longest at the EU entrance door. It began its escapade back in 1963 having become an EU associate member, though the actual process did not start before 2005 when the negotiations began. Since then the process has been going on with ups and downs and the latest spark of the Turkey-EU interaction happened a year ago when the EU found itself helpless before the growing influx of refugees fleeing from the war-torn Middle East and turned to Turkey as its savior.

The parties seemed to have come to a mutually acceptable agreement last March referred to as a refugee deal which envisages inter alia an opening of a visa-free entrance to the EU for the Turkish nationals. The actual date for the opening was never fixed having become a subject of continuous reservations and the last-minute established criteria that generated a bitter reaction in Turkey. The deal's financial part ran into difficulties as well and Turkey continues waiting for its efforts remuneration in line with the terms of the March 2016 agreement.

EU reactions to the July 15 aborted coup and a mixed with fear discontent with Turkey's determination to eradicate the coup roots once and for good do not contribute to warming-up Turkey-EU relations either. Still, the last drop became the European Parliament motion on Nov. 24 to freeze the progress in the matters of Turkey-EU accession. No more than a recommendation, the motion became a message to Turkey that the European community is not excited anymore about having it as a member. A further evidence of the coming divorce became a European Council decision of Dec. 13 to put on further stand-by the Turkey-EU negotiations under the "prevailing circumstances." Regardless of the reassuring remarks voiced by the EU summit on Dec. 15-16, the damage has been inflicted and it triggers quite a reaction in Turkey.

Up until recently, Turkey-EU relations have been a key element of Turkish foreign policy to successfully balance its initiatives all over the world. Now this may well change, if President Recep Tayyip Erdoğan puts the Turkey- EU accession bid for a national referendum, in case no positive developments occur until the end of 2016. Certain opinion polls reveal that some 60 percent of Turks are quite reluctant today to join the EU family and may well say "no" at the referendum.

Turkey may well find an alternative to the EU, believes President Erdoğan, and suggests looking into the options offered by the Shanghai Co-operation Organization (SCO).

Time will show how determined Turkey is about dropping down its long cherished idea of fully becoming a European nation. Politics will say their word very soon and far from necessary in Turkey or China. It may well happen in Syria, where Turkish-Russian interaction is crucial. Russia is a strong SCO player where its influence is counterbalanced by China, the organization's other powerful member and both Russia's partner and rival.

In the meantime, the SCO's tangible achievements are quite modest and certain political analysts sarcastically tab it a discussion club. Its present state of affairs rather looks as an attempt to create in Asia a supranational body possessing both stability and flexibility – a combination that none of the regional players currently has.

The SCO's strongest point looks to be its mechanism to combat terrorism, safeguard regional security and promote broad economic co-operation based on consensus and unshared sovereignty. Broad-scope multi-profile projects are deemed to lay down the SCO's functional grounds, while requiring an efficient mechanism for their bilateral and multilateral coordination. To accomplish this combination is a demanding task and a tough job to do. Still, in case of a success, the SCO will ensure a better functional efficiency than any multilateral bureaucracy established so far - be it the USSR or the EU.

Another indisputable asset of the SCO is its member-countries. China is the world largest economy today, while India is the world's fourth largest and Russia sixth. More than half of the world gold reserves are concentrated by SCO members, while after the expected admission of Iran the organization will cover some 70 percent of the territory of Asia and 40 percent of the European territory.

Turkey joined the SCO as a dialogue partner in 2012 and has recently announced plans of becoming its full member. Besides other benefits, an upgrade of Turkey's status would render its multilateral diplomacy an additional leverage to handsomely contribute to its bilateral relations with SCO member-countries. Most probably the first beneficiary will be Turkey-Russia relations whose bilateral architecture will finally receive a required stability pillar. The countries' engagement in activities of a multinational forum of the SCO, whose members enjoy close relations of co-operation with both Turkey and Russia on a bilateral basis, has a potential to secure that stabilizing balance.

Still, the SCO's military component may come into conflict with Turkey's NATO membership. The SCO was originally established by its founding members Russia, China, Kazakhstan, Kyrgyzstan and Tajikistan as a military alliance in pursuit of building stronger mutual trust in the border regions. Never envisaged as a military block, the SCO still calls on its members to engage broader in their respective army forces due to the growing threat of "terrorism, extremism and separatism" in the region.