Would things fall into place with Trump? 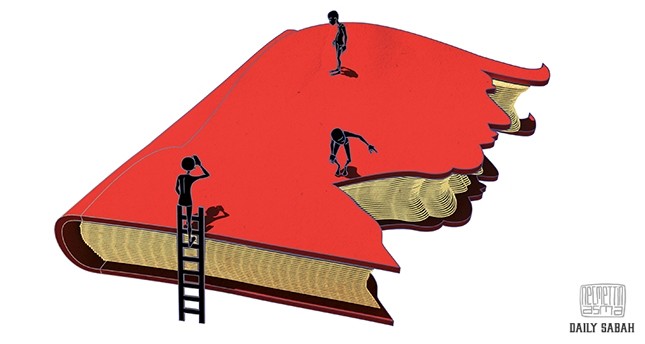 President-elect Trump taking office on Jan. 20 is a great opportunity to turn over a new leaf in the chaotic world. Both the security concept and the sharing of interests can be redefined on a win-win basis

Turkey has been facing successive attacks by terrorist organizations, particularly Daesh and the PKK. The latest such attack targeted Istanbul nightclub Reina. Daesh released a statement later, saying that the attack targeted the "apostate" administration of the Republic of Turkey, i.e., the Justice and Development Party (AK Party) government. "Apostate" means one that forsakes his religion. It is obvious what this wording implies. Daesh has openly declared war on Turkey's secular order and its democracy.

Actually, this is not new at all. Long before Turkey launched Operation Euphrates Shield, Daesh had called Recep Tayyip Erdoğan, prime minister at the time, "an apostate who must be killed." Turkey added Daesh to its list of terrorist organizations earlier than many other nations and became the first country to conduct operations against the group. Currently, it is Turkey that is carrying out the most effective struggle against Daesh in Syria. Not long ago, Turkish troops, together with Free Syrian Army (FSA) forces, captured the town of Dabiq, a sacred place according to Daesh's perverted ideology. And al-Bab, whose name means "gate" and which holds a strategically important location for retaining Raqqa, is under siege now. Daesh is putting up the fiercest resistance ever in order to retain al-Bab. As the anti- Daesh coalition postponed the Raqqa and Mosul operations, hundreds of Daesh militants from these two regions have moved to al-Bab without obstacle. That's why al-Bab has not been captured yet despite the total siege. But Turkey is very determined about this issue. Al-Bab will be taken from Daesh no matter what it takes.

Of course, at this point it has come to Ankara's attention that coalition forces, and especially our NATO ally U.S., have not extended the necessary support to Turkey against Daesh. If the coalition's goal is to liberate Syria and Iraq from Daesh, why can Turkey not get support from any other country than Russia? President Erdoğan, Prime Minister Binali Yıldırım, and Foreign Minister Mevlüt Çavuşoğlu have expressed their displeasure over the issue loudly. The U.S. has responded to these complaints by flying a few jets over al-Bab.

It is well known that this unwillingness stems from Turkey's divergence from the U.S. due to its support for the Democratic Union Party (PYD) and the People's Protection Units (YPG). It was already obvious that the Obama administration's preference for turning the PYD/YPG into "an army" over strengthening the FSA, coupled with the fact that the PYD/YPG is the Syrian offshoot of the PKK, would lead to a crisis. The PKK seems to have been promised a state in northern Syria in return for ending the peace process in Turkey and resuming clashes. That is why it put an end to the peace process.

Interestingly enough, the reason given for "ending" the peace process was Turkey's alleged support for Daesh and Erdoğan's desire for the fall of Kobani. (Because the peace process was made possible through Erdoğan's initiatives and Kurds like him.) Prosecutors and police officers linked to Fetullah Gülen, whose infiltration of state institutions over the course of 40 years became apparent during the coup attempt on July 15, 2016, have stepped in to invent evidence for these allegations. Trucks belonging to the Turkish National Intelligence Organization (MİT) carrying aid to Turkmens were stopped and intercepted by Gülen-linked prosecutors, soldiers, and police officers. The aid to Turkmens was presented as weapons headed for Daesh. Turkey was targeted by both local and international media. The propaganda that Turkey's "Islamist" government feels sympathy for and supports Daesh was skillfully conducted. An extensive network was patched together for this purpose.

However, what prevented the fall of Kobani to Daesh was the passing of a government motion in Parliament that allowed heavily armed Kurdistan Regional Government (KRG) peshmergas to transit through Turkish territory into Kobani. The peshmerga passed through Turkey to enter Kobani. Those wounded in clashes with Daesh were treated in Turkish border hospitals. But the Peoples' Democratic Party (HDP), the PKK's political wing, "voted against" the motion. It's interesting, isn't it?

So, President Erdoğan rightfully often reiterates these remarks: "There is a reason behind the fact that those who accused us of not fighting against Daesh and bore down on us internationally have started to tell us 'not to go further into Syria' after we attacked Daesh. There is a reason they tell us 'not to go further than 20 kilometers into Syria.'"

Nowadays Turkey is being targeted by terrorist groups like Daesh, the PKK, and the Gülenist Terror Group (FETÖ), coming under attack on a daily basis. At the time of writing this piece, two citizens were killed in an assault on a courthouse in İzmir. And two PKK terrorists were killed. A much bigger disaster was averted by the alertness of a police officer. Based on the weapons, bombs and ammunition seized from terrorists, it is understood that a large atrocity was being planned.

Unfortunately, we cannot get the necessary support from our NATO allies and friendly nations. There are efforts to legitimize a terrorist organization, the PKK/YPG, by using the fight against another terrorist group, Daesh, as a pretext. It is difficult to understand why the Obama administration has cast aside Turkey, Israel and Saudi Arabia, its close allies in the region, have chosen instead to work with Iran, pro-Iran militias, and the YPG. It's conceivable that when President-elect Donald Trump takes office, the first serious issue on his agenda will be to repair relations with these countries and particularly with Turkey, with which a trust-based relationship was largely destroyed and is about to be lost. It should be envisaged that U.S. democracy cannot afford this cooperation with terrorist groups instead of with legitimate states.

It appears necessary for the U.S. to choose a rational course of action and be at the table during negotiations over the territorial integrity and the future of Syria. The U.S. is bleeding and losing legitimacy in the Middle East. This is not desirable for Turkey, either. Despite all the crises it has faced, Turkey has never come close to breaking ties with the U.S. But the U.S. should understand that defending its territorial integrity, preventing the establishment of a terror state south of its border, and not shouldering the burden of the refugee crisis alone are Turkey's red lines. And also that Turkey does not have the luxury of backing down from these red lines and that it views this as an existential issue. Hence, the U.S. should behave accordingly. If the purpose is to eradicate Daesh in Syria and Iraq, the two countries must not have diverging views.

Another source of crisis is the fact the leader of FETÖ, which attempted to stage a massive coup in Turkey on July 15, 2016, is still residing in Pennsylvania. Recently, a court in Erzurum handed down life sentences to two high-ranking soldiers over the failed coup attempt and murder, marking the first conviction in the case. Investigations into the coup attempt produced evidence, confessions, and millions of decoded secret messages that even the U.S. authorities cannot ignore. Besides, the U.S. itself has not bothered to find evidence before invading Iraq and Afghanistan after Sept. 11, 2001 attacks. Moreover, the intelligence about Saddam's chemical weapons turned out to be false. Just as Daesh leader Baghdadi residing in Ankara is unthinkable, FETÖ leader Gülen residing in the U.S. despite so much evidence is also unthinkable. Even Trump's close aides admit this. After the assassination of Russian Ambassador to Ankara, Andrey Karlov, by a suspected Gülenist police officer, it should be understood that the FETÖ issue has the potential to trigger a crisis with global ramifications.

Things are in quite a mess. They should be tidied up properly and quickly. This chaos would bring no good to any country. Turkey is the most reliable, powerful, and legitimate country to work with on every issue regarding the Middle East. With its resilient democracy, secular order and strong army, Turkey is a unique buffer between the Middle East and Europe. Standing out in the fight against Daesh, Turkey's conservative government and president represent a significant source of legitimacy for the Muslim world due to these aspects.

President-elect Trump taking office on Jan. 20 is a great opportunity to turn over a new leaf. We don't need a World War Three, or a new Cold War that may easily turn into a hot war. Both the security concept and the sharing of interests can be redefined on a win-win basis and within the framework of law and ethics. We shouldn't have to live through a bitter experience like the World War Two again to become wiser. I believe that humanity has this common sense.
Last Update: Mar 13, 2017 6:08 pm
RELATED TOPICS