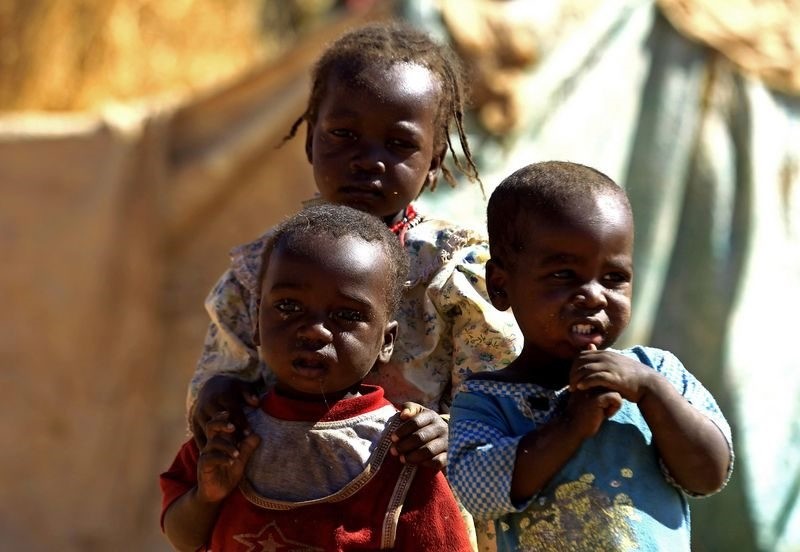 Putting the needs of the African people at the center, Turkey is determined to struggle for the rights of the oppressed continent and help make it stand on its own feet

In recent years, Turkey has made great strides in developing multidimensional and multilateral relations with African countries. In 1998, the "Action Plan for Africa" ​​prepared the base for Turkey's relations with Africa. Nonetheless, this plan was effectively put into action when the Justice and Development Party (AK Party) government came to power in 2002. When the African Union declared Turkey a "strategic partner" in 2008, it was no longer an opening but the beginning of a strategic partnership period. Therefore, it has been a great success for Turkey to reach this point in relations in a very short period of time, as it never happened before during the Republican era. In fact, the ties with Africa go back to earlier of sixteenth century. The Ottoman Empire was an Afro-Eurasian state at the crossroads of ancient civilizations. There was wide geographical interaction from North Africa to Lake Chad, through Egypt to Somalia. Unfortunately, the colonization and exploitation policies of the Western states almost brought ties to an end after 1912. Today, the 100-year bracket is also taking off with deepening relations.

Turkey, the country with the largest second diplomatic representation in Africa, is increasing its activities with the Turkish Cooperation and Coordination Agency (TİKA) in development cooperation too. As a complement to active foreign policy, TİKA, which opened its first office in Ethiopia in 2005, has become operational in 54 African countries, raising the number of its offices to 21 in a period of 10 years. Thanks to TİKA activities, both Turkey-Africa relations have developed and significant contribution has been made to the establishment of necessary infrastructures for the development of the continent.

THE IMAGE OF 'DARK CONTINENT' IS DECEPTIVE

Africa, which is home to 15 percent of the world's population with more than 1 billion people, is trying to climb its own hill with abundant natural and human resources not possessed by any other continent, and gradually it is escaping the image of the "dark continent." Africa has been the center of imperial colonization for centuries because of its richness. Since the Western powers stepped onto the continent in the 15th century, the political, social and economic fragility of Africa has never diminished, but increased dramatically. The appetite in the West grew for slavery, raw material accumulation and the market. Even though most African countries had "political independence" after World War II, the situation and image never changed in the continent. In the 1970s it was depicted as a "dependent continent" to which the West must take civilization for Africa, the '80s and '90s were not merely dependent, but were portrayed as "poor and buried in all kinds of problems."

When the Economist magazine gave it the title "The Dark Continent" in 2000, Africa's image seemed unchanged on the brink of the 21st century. These approaches, which are away from their historical and analytical context to explain the roots of the problems in Africa, characterize "needy" Africa with primitiveness, tribal anarchy, civil war, terrorism, political instability, corruption, dictatorial management, hunger and epidemics. Turkey rejects this version of African history, which was written only through colonialism, slavery and backwardness. Having much more of Africa in North America and Europe, the continent has enriched the societies it is in with its unique cultural diversity.

As well as those living in poverty in Africa today, between the 15th and 19th centuries, those who were forced to live in slavery had difficulties. Even if slavery was abolished in 1808, Africans were deprived of basic human rights until the 1970s. Martin Luther King was saying that "I have a dream. One day, former slaves and slave-owners' children sit together at the fraternity table and live in a society where they are judged by their personality rather than their color." Malcolm X had the same concerns. However, even these rightful and violence-free movements were silenced with violence.

As an African proverb says, "A day's rain does not penetrate the depth of the soil." What Africa needs today is not international financial institutions and their conditional credits that produce a dependent relation. Instead of this vicious circle, which our country has lived, it is necessary to support the African people to establish their own social, economic and institutional infrastructures that will enable them to use and manage their own resources. This requires developed countries to be sincere in their efforts without having a secret agenda. In this respect, Turkey is acting sincerely in development cooperation activities. In other words, it is not trying to establish a new exploitation system in the geographies where it carries development assistance.

Developed countries provided billions of monetary flows to Africa for years. These resources, which have always been discussed, have been used mainly for the purpose of maintaining the institutional exploitation regime, suppressing rebellions by the local people, obtaining some privileges to use the riches of the countries, and drawing the countries to the ideological level. While the funds have accumulated into certain hands, they have never reached the real needs, nor have achieved a remarkable development goal. For example; according to a report (Africa is Feeding Europe, 2010) by Green Peace, European countries' large ship fleets are fishing in the waters of the poorest countries like Senegal and Mauritania by providing certain fund transfers and taking privileges in return. These least developed countries, where overfishing has destroyed rare fish species, cannot compete because they do not have advanced technology so the local fishing industry will disappear. More dramatic; local people who fish with canoes and small boats in these waters, hardly catch a thing due to the decline of fish diversity. Similar situations can be considered for mining, agriculture and other sectors.

Actually real development assistance is this which does not try to organize the institutional system and politics of the host country in any way which helps the rich countries to exploit human and natural resources in their own interests. Otherwise, this process turns into a constant exploitation thereby some become rich while others fall into poverty. Turkey is exactly against such practices and mechanisms that destroy African countries' potential sectoral and labor markets. Therefore, unless Africa's richness is left to the African people, the 2030 Sustainable Development Goals, as well as endless international conventions would yield concrete results.

The assistance provided through international institutions has also helped to increase the wealth of some bureaucrats rather than the needy. These institutions, which have been blind to the facts of underdevelopment, recruit experts and directors with high salaries. The increasing level of administrative costs have created a new class of masters, fed by poverty. This is why, Turkey transfers its assistance directly to the needy people without discrimination of religion, language and race. Putting the needs of the people at the center, the projects are realized based on the development priorities of the partner countries. At the same time, it is striving to preserve all the cultural textures and lifestyles that African countries have.

There are 48 Least Developed Countries (LDCs) in the world, 34 of which are African countries whose daily income is less than $1. Since 2011, Turkey has made an annual commitment of $200 million to LDCs. So far in five years, Turkey has provided a total of $1.6 billion. In 2015, Turkey became the second largest donor in the world regarding the amount of the humanitarian assistance leaving behind many developed countries, despite being the world's 18th largest economy. However, Turkey was the first in terms of the humanitarian aid ratio to the national income. In spite of the difficulties Turkey experienced last year, these achievements by Turkey send important messages to the world in terms of human diplomacy.

TİKA, Turkey's development assistance implementing agency, has a need-based and multi-faceted development approach. It focuses on social infrastructure projects, particularly education, health, mother-child care and water-sanitation for the increase of life quality in Africa. Vocational training schools, faculties and laboratories were established to raise and train qualified people. Facilities are established in the production sectors such as agriculture, animal husbandry and fisheries, which will provide employment for women, young and trained ones. Medical treatment, the building of clinics, hospitals and health centers in Somalia, Benin, Sudan, Niger, Chad, Kenya and other countries have increased the capacity of the African countries to combat epidemics such as Ebola and cholera.

In many African countries where state mechanisms are ineffective. The experience of our institutions is shared for the development of institutional infrastructure in Africa, and thousands of the African public personnel are trained in Turkey. Many activities are carried out in order to improve the physical conditions in civil - administrative infrastructures such as municipalities, women's shelters, orphanages and kindergartens. Modernization of airports and construction of roads, further strengthen the transportation infrastructure of Africa and connect the continent to the world. The media infrastructure is being improved and technical personnel training is provided for many countries to make Africa's voice heard more strongly in the world. Radio stations are installed in Comoros, Tunisia, Namibia, Mozambique, Uganda.

These facilities at the same time produce employment opportunities, and lead local people to be aware of many issues such as education, health and culture. The biggest source of terror is the unfair world order and poverty. Terrorist organizations such as al-Qaida, Daesh and Boko Haram can easily get power in the conflict zones where great segments of the society are pushed into poverty. In this respect, TİKA is going to risky geographies where no one can go. It realizes different projects to prevent the young generation from falling into terrorism, and supporting women and elderly people from the effects of terrorism.

All of these efforts in essence stem from the values ​​of our civilization and provide a new approach that can be called the "Turkish Type of Development Assistance Model." This approach is struggling for the rights of oppressed geographies, and helping countries stand on their own feet, as in Africa. This is why, the message of President Recep Tayyip Erdoğan "The world is bigger than five" finds a strong response in the hearts of people all around the world, including Africa.