Donald Trump and the fragmentation of the West 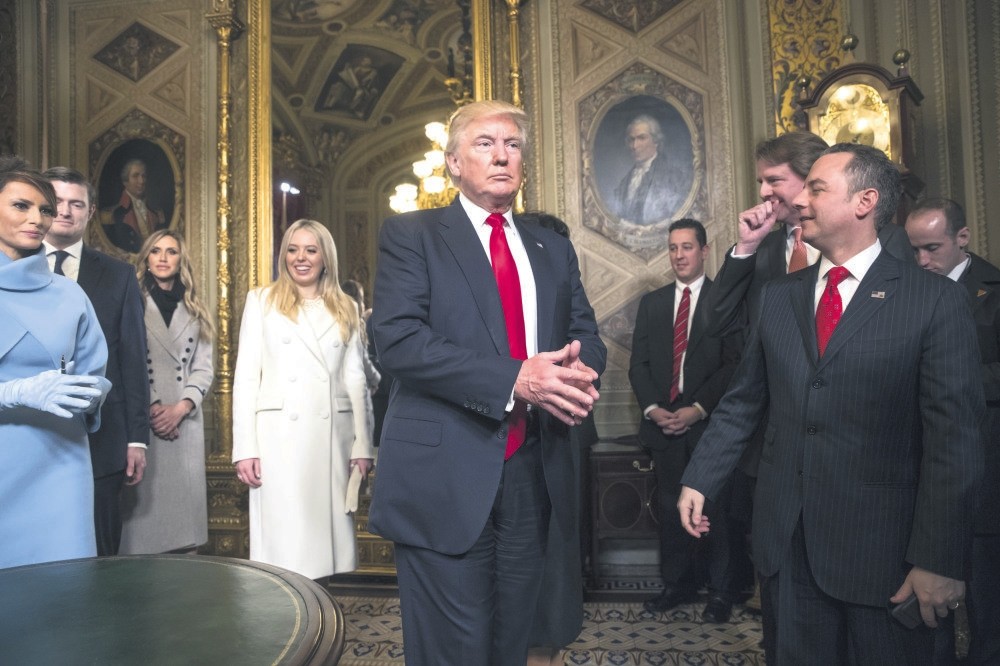 Donald Trump's shocking victory in the U.S. gives the encouraging hope for a better world, which, this time, is not centered on the West

There is a widespread view that the arrival of U.S. President Donald Trump in the Oval Office will be a disaster of major proportions for the world in general. This view is apparently evidenced by many of Trump's opinions and tweets broadcast across the globe that have challenged the incredulity of many so-called moderates of the Left and Right. New questions emerged among the establishment: can his so-called ability in deal-making translate into international agreements? Will President Trump be able to unravel the policies established by his predecessors – such as Obamacare? Will President Trump carry out his pledge to build a wall along the U.S.-Mexico border, and how will this change the relationship between the two neighbors? All of these concerns tend to address Trump's presidency as a calamity waiting to happen.

Those who do not suffer from collective amnesia or do not believe in the fairytales spread by Hollywood are aware that corrupt, cruel or crass presidents are not exactly unknown in American history. What seems to make the election of Trump pivotal is a sense that his election indicates not only a change in America but a change in the way in which the global order is configured. Despite promising to make America great again, President Trump may signal the end of the United States' unilateral moment.

Trump has all the qualities necessary to complete the process of the disenchantment with the global American hegemony. Trump's mere presence at the White House helps to unmask many of the platitudes that have justified America's violent and violating foreign policy. In many ways, Trump marks not a break with the trends that have been followed since the Reagan presidency (1981-1989) through various permutations of Democratic or Republican presidents, but rather a rip in the cloak of respectability that allowed the language of American exceptionalism and neo-liberalism to become the lingua franca of the international order.

Since the end of the Second World War, the idea that the United States was uniquely qualified to exercise global leadership has been the credo of all American presidents, Democratic or Republican. The occupants of the Oval Office have believed that they were spreading democracy, the rule of law and prosperity around the globe. The have been unassailable in their belief that the United States was a force for good. Where they have differed is in matters of style and detail.

Those in the rest of the world who have experienced American leadership can be divided into two groups: on the one hand, you have the European experience of the U.S. as liberators. Not only did America play a vital role in ending the Nazi occupation over western Europe, it also helped in its reconstruction via the Marshall Plan, for example. More recently American support for the color or flower revolutions that swept the post-communist Eastern Europe and the expansion of NATO have been regarded as evidence of the U.S.'s backing and support for democratization.

One the other hand, there is the experience of the U.S. by the rest of the world that regards the U.S. as generally being on the side of the oppressors, with a few exceptions. Outside Europe, the U.S. support for coups, torture and corruption is a matter of record. So whatever apprehensions one may have about Trump implementing policies based on his tweets, it is important to recall that even under President Barack Obama's administration (2009-2017) the United States carried out more drone strikes than ever before, there were more deportations from the U.S. than under any other U.S. president, and Guantanamo remains open. Obama was the continuation of American presidents from the time of Reagan who believed that America was bigger than the world. The symbolism of a black president in the White House is perhaps the only legacy of Obama that still demands our recognition.

Among the cracks that Trump's presidency is likely to produce in the Western entitlement to global leadership, there are opportunities for real change. The idea that the U.S. is the champion of democratic values and freedom and uniquely entitled to dominate the world militarily, economically and culturally is fading fast, and President Trump may become the agent of the acceleration of this process.

Those who are horrified by the prospect of a Trump presidency need to seize the opportunity to abandon neoliberalism without succumbing to xenophobia. The most profound failing of progressives of various hues and those who believe in justice and diversity would be if they allow the white supremacist critique of neo-liberalism to take hold. Already we see this in Britain, where the vote to leave the European Union is being interpreted as a vote to end immigration. Many of those who supported globalization in its neo-liberal form are now in disarray, their idea of change was only the expansion of the limits of the status quo, where the underlying principles of the global structures of power remain, even if slightly tweaked toward a greener, more sexually accepting, less poverty-stricken future. However, the opportunity for real change in global relations seems to be opening up in front of us. The choices available to those who opposed Trump but supported the neo-liberalism of Bush, Clinton, and Obama are to either carry on denying the reality of their own creation or chose a path toward the transformation of themselves and the world around them. The Trump presidency may serve to remind us that the end of the world as some have known it is not necessarily the end of the world itself. Trump's election is shrinking America, and in the space created there is an opportunity to build a better more just world that is no longer centered on the West.