Turkey's initiative for the sake of permanent peace: Astana and beyond 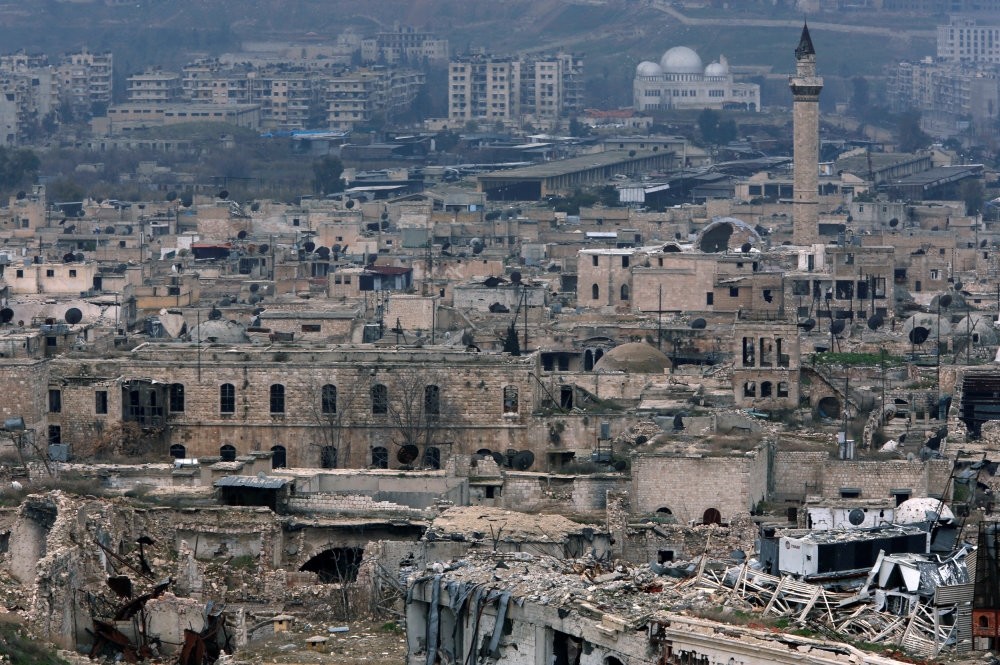 The Astana summit, which was the most concrete development for finding a solution to the Syrian civil war, proved that Turkey is a strong and sine qua non actor that can be collaborated with to achieve permanent peace in Syria

Russia started air operations against Damascus in September 2015 at the request of Bashar Assad. At that time, when the Assad regime was talking about subversion, the Russian intervention was a critical lifeline for Assad. The attitude taken by Russia satisfied Iran, which has been a spiritual and military guide beside the regime from the first moment of the war, therefore, the two countries started to act jointly in Syria. As the process progressed, the policies of the West on the disunited and multi-state Syria request alongside the contrasting policies that Russia and Iran pursued on territorial integrity in Syria with the Assad leadership have led to a further complication of the problem and a further departure from the day by day solution.

While all these developments were happening, innocent Syrians suffered and their country became a scene from hell, unbearable for any civilian. The slaughter of innocent civilians did not seem to affect any state other than Turkey, and Turkey has resumed its attempt to build a humanitarian aid corridor, something it has tried several times, due to recent developments. That is how the Astana process started.

In October 2016, President Recep Tayyip Erdoğan conducted intensive negotiations with Russian President Vladimir Putin to deliver humanitarian relief to these regions and release the civilians and dissidents, who would then lay down their weapons in Aleppo. Although some spiteful attacks were occasionally experienced, the desired aims were accomplished.

WHERE DOES THE MOSCOW DECLARATION STAND?

Turkey has been the only country with a common-sense and solution-oriented view from the moment the events first broke out in Syria. Some of the countries were part of a proxy war, with imperialistic powers battling for regional and global domination. Others interpreted the developments in terms of sectarian ties and positioned themselves accordingly. Turkey has continuously warned that Assad should take democratic steps. In spite of not adhering to these friendly warnings, Assad, who is increasingly abusive every day, has turned the lives of millions of Syrians completely up-side-down and has been responsible for the massacre of tens of thousands of innocent people. At the same time, due to support from some western states and the lack of authority that emerged, Syria has become a country where terrorist organizations run wild. Turkey has two main policies of action in Syria. The first is to allow only the minimum amount of damage to innocent civilians. The second is to prevent terrorist threats in Syria and establish the PKK and the People's Protection Units (YPG), as the Syrian extension of a PKK terrorist state.

Acting from its well-intentioned motives, Turkey and its leader, President Recep Tayyib Erdoğan, have been successful in the creation of a humanitarian corridor within the war torn country. This achievement along with the emergence of events that deeply affect the confidence of both Russia and Turkey in their relations with the West has resulted in a permanent and definite solution under the leadership of the two countries in Syria.

On Dec. 20, 2016, the foreign ministers of Turkey, Russia, and Iran published a text of "The Moscow Declaration." According to this

1) Iran, Russia and Turkey fully support the sovereignty, independence, unity and territorial integrity of the Syrian Arab Republic as a multi-sectarian, democratic and secular state with many ethnic groups.

2) Iran, Russia and Turkey believe that there is no military solution to the Syrian crisis. They admit that the U.N. has an important role in resolving this crisis, in accordance with U.N. Security Council Resolution 2254. The ministers take into account the decisions of the International Syrian Support Group. They urge all members of the international community to cooperate honestly in order to remove the obstacles before the implementation of the agreements contained in the declaration.

3) Iran, Russia and Turkey welcomed joint efforts to evacuate civilians in the eastern part of Aleppo and to expel the armed opposition in an organized way. Ministers also welcome the partial release of civilians from Fua, Kefraya, Zabadani and Madaya. They (Iran, Russia and Turkey) agree to guarantee that this process will be completed in an uninterrupted and secure manner. The ministers are grateful that the International Committee of the Red Cross and the World Health Organization helped evacuations.

4) The ministers agree on the expansion of the cease-fire in the territory of the country, the unhindered delivery of humanitarian aid and the free movement of civilians.

5) Iran, Russia and Turkey are ready to help to prepare an agreement between the Syrian government and its opponents, and they are ready to be the guarantor of this agreement. And they invite all other countries that have an impact on the situation in the country to act in the same way.

The most important aspect of the Moscow Declaration, in which the ongoing civil war is extensively discussed to reach a decision on joint action for the purposes of achieving peace, is that it has brought together the three most important states in the region for the first time since the events in Syria began. It must be immediately noted that the persuasion of Iran in this process has been a major diplomatic success for Turkey and Russia. Because Iran evaluates events only from the perspective of Assad and their interests, that fact that it has begun to listen to other voices for the first time is extremely significant.

ASTANA WAS MORE THAN A STEREOTYPED SUMMIT
​
We see that serious steps have been taken for the first time after the negative developments in Syria. Because of the demands of the West for a multi-party and multi-state structure and the policies it has pursued in the direction of this demand, things have become unbearable in Syria.

Now, Syria has a totally different and hopeful future. The Astana negotiations, which began on the understanding that no results could be obtained from the Geneva talks and with Putin's recommendation, Erdoğan's acceptance, and Nazerbeyev's hosting, have been described as "the success of the Great East."

The summit on Jan. 23 in Astana, Kazakhstan's capital city, is indeed a great achievement for the East against the West, because it plays a large role in bringing together the parties who fought for six years. Of course, it is inevitable that there are occasional disputes between the warring factions, but there has been a great deal of hope in reaching a solution. It is a telling success that none of the parties stopped the negotiations, even though there were deep differences in their opinions. Moreover, the confirmation of the cease-fire established in the guarantees of the three countries is an indication that we are closer than ever to a solution.

In the summary of the two-page declaration published by the three guarantor countries after the summit, the following decisions were made: the establishment of a tripartite mechanism to ensure that Syria is a secular, democratic and independent state and that the problems there cannot be solved by military methods but only through political dialogue; continuation of the cease-fire; observation of the cease-fire and any provocative action that might negatively affect the process; joint struggle against Daesh and al-Nusra, supporting the willingness of the armed opposition to participate in the negotiations to be held in Geneva on Feb. 8.

WHAT WAS LEFT BEHIND THE PEACE ATTEMPT?

All these developments have given great hope to all the sides in Syria. However, it is important to remember that the process is quite sensitive. Resolving the problem in Astana, which was not resolved in Geneva, is directly related to the good intentions of the participants, especially Turkey and Russia. It should not be forgotten that there are states or groups that are not so well-intentioned.

It should not be forgotten that U.S. President Donald Trump is very new in his position and after he deals with some of the internal problems expressed during the election process, he may spend a lot of time working on the Syrian issue and the balances may change again soon after.

Turkey did not allow the participation of terrorists from the YPG in the negotiations. Turkey's attitude toward the YPG is supported by Russia. The U.S. was represented by its Kazakh ambassador; therefore the U.S. had the lowest level of participation. The fact that the U.S. remained so passive in Astana at the time Syria reached the stage of a final settlement draw intense criticism on the U.S. administration. In this context, Turkey has made a call for a contribution from the U.S. administration in the name of solving the problem and this call has been received positively.

And for Turkey and Russia, the primary goal is to make the cease-fire permanent and to normalize life in Syria. It is important to immediately eliminate possible provocative initiatives and to develop discourses that will sustain the peace. In this context, it should not be forgotten that water basins in the country will be the first target of for attacks to disrupt this process.

Again, it should not be forgotten no immediate solution to the war that has been going on for six years is possible and nothing will simply erase the enmity that war brings forth. Therefore, expectations from Astana should be planned for the medium and long term rather than the short term. As has happened many times in history, once again, Turkey's thesis is justified and correct. At the end of the process, it is obvious that humanity will win.

* Dean of Faculty of Economics and Administrative Sciences, head of Political Science and International Relations at Dumlupinar University
RELATED TOPICS