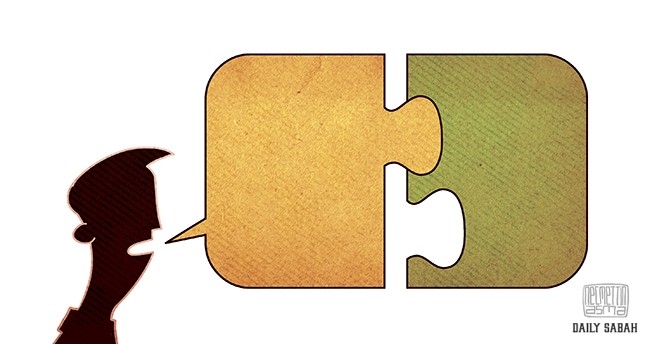 Both the Muslim and non-Muslim world have much to learn from the true source of Islam, whose teachings have been largely left unattended, unexamined and unpracticed on by both sides

Again, 14 centuries ago, the same man proclaimed the words of his Guide: ''O mankind, We have created you from a male and a female and have made you into nations and tribes for you to know one another. Truly, the noblest of you with the Creator is the most pious. Truly, the Creator is All-Knowing, All-Aware."

While this very source outlawed all sorts of discrimination 114 centuries ago — and in fact much earlier than that — in the United States, it was only in 1964 that the Civil Rights Act outlawed discrimination based on race, color, religion, sex or national origin. The equivalent of this act in the United Kingdom, known as the Race Relations Act, was introduced only a year after in 1965. In other words, the legal texts in two of the most advanced countries go back only half a century, while racism continues to be an issue in both countries just as it is in every country in the world. Similarly, some of the modern rights that women enjoy today, such as the right to divorce and remarry, were not acquired very long ago in Western societies, whereas the same above-mentioned source introduced these and many other rights all those centuries ago.

One narration from this source regarding divorce goes as follows "if a couple fears separation, you shall appoint an arbitrator from his family and an arbitrator from her family; if they decide to reconcile, God will help them get together. God is Omniscient, Cognizant." On the other hand, for example, in the United Kingdom, it was only in 1923 that the Matrimonnial Causes Act put men and women on an equal footing for the first time in terms of grounds for divorce.

Again, the importance and conduct that the very same source prescribes toward orphans is something that no state have so far attained. The significance of orphans, children without parents and in need of protection, is indicated as follows: ''have you seen him who denies the religion? He is the one who harshly rebuffs the orphan and does not urge the feeding of the poor."

Many more examples could be listed to show how this source laid the foundations for issues that humanity is still struggling to come to terms with today. Again when these centuries-old foundations are eventually embraced by modern societies, they are classified as "fine values'' defining advanced democracies.

Yes, it is a source that holds the denial of faith equal to rebuffing the orphan and abstaining feeding the poor, a source that has been abandoned by the communities that claim to follow its principles, and hated by those who refrain from reading in order to avoid seeing that the standards they brag about as values defining their democracies were laid down by this very source 14 centuries ago.

And this source is nothing other than the Quran, which even outlined the stages of embryonic development as follows: "We created man from an extract of clay. Then We made him as a drop in a place of settlement, firmly fixed. Then We made the drop into an alaqah (leech, suspended thing, blood clot), then We made the alaqah into a mudghah (chewed substance)." Yes, a source that laid down the progressive steps of embryonic development fourteen centuries ago while science came to discover this only in the 19th century. The same goes for how rain came about. The same source informs us; "It is Allah Who sends the winds which stir up clouds which He spreads about the sky however He wills. He forms them into dark clumps and you see the rain come pouring out from the middle of them. When He makes it fall on those of His servants He wills, they rejoice."

Despite the fact that the modern world is still catching up with some of the values or scientific information introduced in the Quran 14 centuries ago, anti-Islamic sentiment is growing in most non-Islamic countries around the world. This is due to a combination of reasons. However they can be classified under two headings.

Misrepresentation of Islam by muslım communities

Yes, unfortunately the communities that claim to believe in the above-mentioned source display more differences with the Quran's teachings than anyone else. So when perceptions of these communities regarding race, ethnicities, gender, national origin and color are examined, the extent of disharmony can be seen very clearly. Consider the words: "O Mankind, We created you from a single pair of a male and a female and made you into nations and tribes, so that you may know one another. Verily the most honored of you in the sight of God is he who is the most righteous of you." And this one: "If God had willed, He would have made you one Nation, but that (He) may test you in what He has given you; so strive in a race in good deeds." Which so-called Islamic country could claim that the mentality expressed in the above-mentioned verses actually prevails in their society? In particular, by looking at the disunity and fragmentation within the Muslim world through the following verses, the extent of the gap between so-called Muslim societies and the source of their faith becomes more apparent:

"Indeed, those who have divided their religion and become sects — you, [O Muhammad], are not [associated] with them in anything. Their affair is only [left] to Allah; then He will inform them about what they used to do.'

"But the people divided their religion among them into sects — each faction, in what it has, rejoicing.'' It is for this reason that the misrepresentation of Islam by people who claim to be Muslims is one of the most significant factors that have negatively impacted people's perception of Islam.

Mispresentation of Islam: Intentional or ignorance?On the other hand, despite the fact that most of the contemporary civilized standards are concurrent with Islam's teachings, there is also this tireless effort to mispresent Islam and efforts especially in the West to promote anti-Muslim sentiment.

Although it is clear that this further exacerbates the problem certain circles claim to be targeting, efforts to increase anti-Muslim sentiment are becoming more common.

So, what we have is misrepresentation coupled with the mispresentation of Islam. In this way, an enemy is constructed so that certain circles have cause to advance their political and economic interests while deflecting attention away from the real issues that are affecting Western societies, which is an erosion of values, the gap between the rich and poor and the societal pitfalls that exist lying ahead.

The 2011 riots in England demonstrated the scale of the lack of self-restraining inner values and its consequences: violence, disregard for authority, looting. Given the fact that the riots happened at a time when the U.K.'s economy was at one of its strongest points in recent history, one does not want to imagine how people will react if the country was to experience poverty and destitution. Another example of the issues that the Western world and most of other communities are facing globally is the lack of morality being instilled in new generations. The other day I came across a billboard from one of the London Borough's that read: "He doesn't love you if he asks you to sleep with his friend." This billboard was part of an attempt to safeguard young girls from sexual exploitation and the reality outlined in the message not only outlines the level of moral erosion that societies are facing globally, but the level of risk that new generations are facing and will continue to face. It is for this reason that the values that Islam represents are not only a source for strong societies in the Muslim world but for all the countries across the world if correctly understood, internalized and acted on.

Demonizing and vilifying Islam will not do any harm to Islam, as its teachings have remained intact for centuries. It could provide some temporary unjust benefit to certain circles, but bad deeds never produce good outcomes in the long run for anyone.

As outlined above, the very belated human rights achievements or some of the recent scientific developments' congruence with the information held by a source that goes back fourteen centuries ago and beyond is an indication that Islam only enlightens; and as time passes, we will see many other developments that will prove this further.

So, both the Muslim and non-Muslim world have a lot to learn from a source whose teachings have been largely left unattended, unexamined and unpracticed on by both sides.