Malcolm X: Honoring the identity of being a human being! 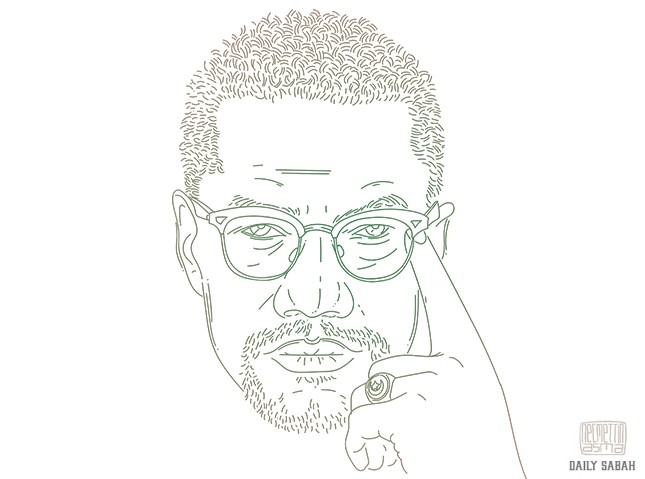 Malcolm X was a great mind for all, who lived with full awareness of humanity and acted in a way that honored ‘identity' as human beings

Truly unique, human beings are the only creatures that can utilize abstract thought as well as the ability to combine complex knowledge. It is these unique characteristics that make humans the most responsible beings on earth. In line with these unique characteristics come a set of values that define the humanity in people. While some solely endeavor to honor and lead a life that is in line with the tenets of being a human, there are many who struggle to lead a life in line with higher values. Malcolm X, who was an orphan and spent a significant amount of time in foster care, was a man who identified himself through his struggle for "identity," "equal human rights" and "freedom." He did this without resorting to any violence, similarly to Martin Luther King Jr. His passion and courage was so powerful that the established order failed to compete, and as a result, he was assassinated in 1965, while Martin Luther King Jr was also assassinated only a couple of years later in 1968. They both were black but had different beliefs. However, what they did have in common was their fight for racial equality. In fact, these two great men, who honored their identity as human beings through fighting for identity, advocating for equal rights and freedoms, were too much for the established order to handle without resorting to assassinating them.

There have been many changes since Malcolm X's assassination in terms of racial rights, however the two groups of people — black and Muslim — who Malcolm passionately endeavored to advocate for have largely failed to honor the fight that he paid for with his life. As a Muslim and a black man, he did not fight so that the two main components of his identity could lead a life of indulgence, recklessness or indifference. Nor had he fought for them to later be merged with the identity he had fiercely fought against. Similarly, these were the causes that Martin Luther King Jr fought for as well. We all know that they both vigorously challenged the imposed and dominant identity. In other words, they wanted to be human beings with freewill. Meanwhile, they not only struggled for their own identity rights and freedoms, but also advocated for everyone who was subjected to similar oppression and injustices.

Looking at the current cultural state of Malcolm X and Martin Luther King Jr.'s identity, it would be unfair to say that the Muslim, Christian or black communities are honoring their struggle. Although the issues regarding racial identity are less of a challenge when compared to Malcolm X and Martin Luther King Jr.'s era, the concept of having freewill, boundaries and values is now a much deeper issue when compared to their time. This is not limited to black, Muslim or Christian communities, but an issue that is affecting all communities across the world. Sadly, humanity is largely being led by the products of established order that recognizes no boundaries or values, and a large majority of people are completely unaware. When confronted, the majority of people would argue that they are leading independent and unique lives, when in reality freewill has never been as weak as it is now.

It is for this reason that most of the issues faced by communities today are due to "lost" or "fake" identities that the majority perceive to be genuine. As a consequence, the great "melting pot" has claimed many once-independent communities causing them to lose their ties to human and cultural values. Due this trend, there is an ongoing divergence related to the identity of a "human being with freewill."

In his 1935 book "Man the Unknown," Alexis Carrell stresses the following, "Man has gained mastery of the material world before knowing himself." Although it is an undeniable fact that since 1935 man has gained vast knowledge about the material world, it is unfortunate that this has come at the price of "man knowing himself." It is apparent that the more man masters his surroundings and takes control of the world, the more he appears to be estranging himself from his identity as a human being with freewill. Similarly, the enhanced individual sufficiency appears to be further estranging people from their identity as human beings, who are unique in their characteristics, but mortal like all other creatures. What is happening today is man's enhanced individualism through the mastery of the outer world, which happens to be the biggest pitfall for human beings because this process could make them forget their weaknesses and mortality. As such, man's journey to get to know himself is becoming more of a challenge every passing day, with every new advancement man gains more of a feeling of absolute power and control.

This being the case, it becomes ever more difficult for individuals to be in constant awareness of their humanity and act in a way that will honor their identity as human beings.