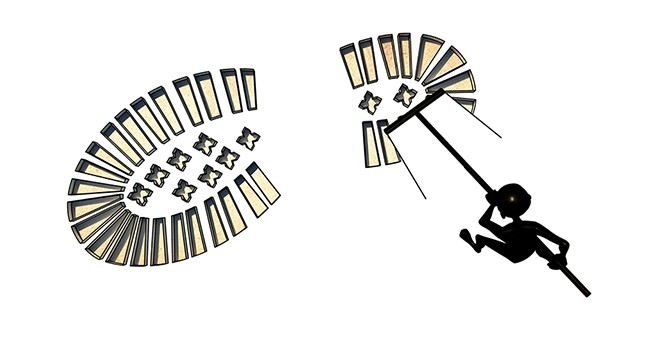 Reforming the Constitution is an absolute must to end coups, memorandum or coups attempts and the tutelage over Turkish democracy

Turkey goes to the polls for the April 16 referendum to change its governing system and revise its Constitution. Indeed, holding the referendum has not always sounded great to the Turkish public since almost every past referendum, some of which resulted in changing the Constitution (of course not by the will of the public), were held by the military following coups against democratically elected governments.

The Constitution of 1961 was made after the May 27 coup, and the Constitution of 1982, the current Constitution of Turkey, was prepared after the Sept. 12 coup. Naturally, these are not good memories for Turks because they caused many to suffer psychologically, politically, and economically. Following the constitutional changes after these two coups, a referendum was held in 1987 to enable politicians, who were banned from political involvement since the coups, to return to politics. The "yes" campaign won with 50.2 percent of the votes to lift the ban, but at the same time it showed how the "no" vote still had a huge presence in society, meaning there were still coup lovers or coup supporters.

Another was held because the 1988 elections were rescheduled for an earlier time. This referendum was the only one that had no logical meaning, resulting with the victory of the "no" campaign.

The upcoming April referendum has its origins from 10 years on April 27, 2007, which is the most disgraceful day in Turkish democracy. On April 27, 2007, former secular Kemalist President Ahmet Necdet Sezer's term expired, and the ruling Justice and Development Party (AK Party) nominated its candidate for the presidency. The candidate was a conservative politician with a National Vision (Milli Görüş in Turkish) background – a political tradition of religious, conservative people – with a wife who wears a headscarf. However, the Republican Peoples Party (CHP), the defender of Kemalist tutelage, opposed the AK Party's nomination for the presidency and lodged the elections to the Constitutional Court. The court, whose members were under high pressure from the Kemalist yoke, ruled against the AK Party — a very funny decision in the name of equality before law. This decision did not only hurt the reliability of the law but also democracy (we still feel the effects of this unfortunate decision in Turkish politics). On top of it all, shocking, scandalous news appeared on the Turkish Armed Forces (TSK) website, which published an article saying that laicism was under threat in Turkey, and they were ready to do anything (it was an open threat to the AK Party with the warning of a coup). Kemalist supporters in society started demonstrating daily to call for the TSK to stage a coup. They claimed that they supported democracy, but what they did only supported Kemalist tutelage hegemony and discriminated against conservative, religious people.

REFERENDUM DOES NOT ONLY MEAN REFERENDUM

Since 1950 when Turkish politics entered the multi-party period (which actually should have been the best development for Turkey's democratization), military coups or memorandums were made every decade. It was in 2007, 10 years after the Feb. 28 coup in 1997, which was again perpetrated by the Kemalist hegemony over conservative people, and warning bells were being rung against Turkish democracy. The tutelage hegemony tried to force the AK Party, which democratically came to power in 2002, out of the political area.

The AK Party government showed unprecedented resistance against these anti-democratic objections and manipulations. The then chairperson of Parliament backed the AK Party and said that because the Chief of Staff was under the order of the prime minister, he answered to the prime minister.

The AK Party, which took a decision for voting in Parliament in the following July, won. Since this historic date, the AK Party expressed its will for the presidency to be elected by people in elections and went to the polls, resulting in victory with 68 percent of the votes. It became another referendum.

The new system of electing a president via a public vote was a move to strengthen democratic culture. Then Prime Minister Recep Tayyip Erdoğan became the first president elected by the people in this new system in 2014.

FALL OF CRUEL HEGEMONY OVER POLITICS

The July 15 coup attempt appeared as another example of a coup in the decadal pattern. It was attempted after the abovementioned 2007 coup threat. The coup was perpetrated by members of the Gülenist Terror Group (FETÖ) – a shadow group that infiltrated the army and state institutions. Contrary to previous coups, the July 15 coup attempt faced great resistance from Turkish people, which was one of the most historic for world democracy. Not only the ruling government of the AK Party but every opposition party stood against the coup attempt. However, the Nationalist Movement Party (MHP) reacted more harshly than the other opposition parties and said that the current parliamentary system, which had been damaged by the numerous coups, should be changed to presidentialism and the Constitution, which is the product of a military coup, should be reformed. The MHP, which supported democracy in 2007 by not siding with the Kemalist hegemony, again showed its great support for democracy rather than bureaucratic tutelage.

I did not want to focus on the views of the "yes" or "no" campaigns in this article. Instead, what I wanted to do was to analyze the historical background of the upcoming April referendum because both campaigns are free to express their own opinions in each platform in the country, and the constitutional changes have been discussed many times and enough significant information given to the public about possible change.

Simply put, the referendum tradition, which started in the late Ottoman era and continued in the Republican period, is occurring again on April 16. Reforming the Constitution is an absolute must to end coups, memorandum or coups attempts and the tutelage over Turkish democracy. The legislative organ will be separated from the executive organ, paving the way for a clear separation between powers. The April vote is very significant for the future of Turkey.

* Ph.D. candidate in the Department of Political Science in Yıldız Teknik University