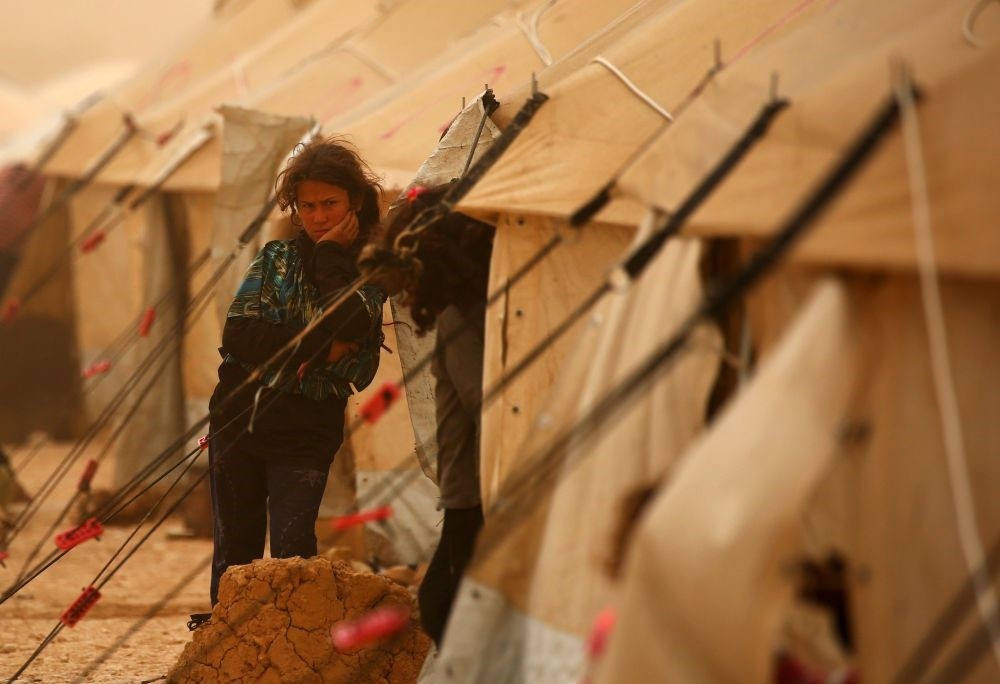 The mad scientist or the unscrupulous scholar who will risk his own soul and others' lives in order to unlock some secret of the universe has been a figure often found in European literature for centuries. The Faustian paradigm, if we can call it that, also provides ready metaphors for journalists, so when I saw the headline "The EU's Faustian Bargain" referring to the EU-Turkey refugee agreement on the front page of The Week — a very popular British weekly magazine that sums up the news for those who have not had time to read the papers — a couple of weeks ago, I was not all that surprised. Yet on second thought I wondered, if the EU was Faust in this bargain, Turkey must be Mephistopheles, the devil incarnate.

The first subheading of the piece is "Why was a deal necessary?" Indeed, the EU would not have stooped to shake hands with the devil if something very important was not at stake. That something was some 885,000 immigrants who, in 2015, had made it to the EU, which has a population of around 743 million, a number that should easily be able to support said refugee numbers when you compare this ratio to Turkey's, a country of 75 million, supporting 2.5 million refugees. The thing at stake in the EU, as we all know, is not so much economic welfare but a political loss of face in which parties of the center have been losing votes to nationalists. In this "Faustian" deal, the EU in its role as Faust promised Turkey, in its role of Mephistopheles, to take in one "legitimate refugee" for every "irregular refugee" that it sent back to Turkey. It also promised 3 billion euros to support refugee communities (only half of which has been paid). And that was just the material part of the bargain: the real, spiritual item of the deal was to recognize Turks as people who were eligible to travel in Europe without a visa, an act that no doubt threatened Europe's soul.

When the deal was first announced in 2015, there were the usual objections to it in Europe, both at parliamentarian and NGO levels. There were protests and slogans, the most popular of which was "Humans are not bargaining chips," which is a noble sentiment in itself no doubt, but it completely covered up the fact of who it was that was doing the bargaining.

The protestors in Europe would have been wiser to carry banners that said "Stop making promises that you have no intention of keeping to Turkey hoping they will stop refugees who are fleeing wars that are being fought with weapons that have been produced in our countries." The production of those weapons themselves are a manifestation of Europe's Faust complex, the knowledgeable scholar who experiments in his laboratory, to advance human progress, and just so happens to be led to discover things like the phosphorous bomb.

"The British military also used white phosphorus bombs against Kurdish villagers and Al-Habbaniyah in Al-Anbar province during the Great Iraqi Revolution of 1920," Wikipedia tells us. But Faust really means well, until Mephistopheles in some shape or other tempts him to do evil. And even then, as Goethe reminds us, because he repents, Faust is forgiven in the end. This is the wishful thinking and legitimation with which Europe has been playing with other countries' borders, since - well, you know when.Faust's deal has been working well, The Week tells its readers. The deal has resulted in a whopping number of 3,500 Syrians (how will Europe cope?) resettling in the EU, mostly Germany. It only seems fitting that those 3,500 Syrians will end up having Turkish neighbors as well. The piece talks about a "diffusion of the migration crisis," in which ruling European parties have assured their voters that they are making Turkey lock up the gates and look after the refugees.

Not good for visa free travel, but good for gate keeping, those Turks, Mephistopheles, standing at the gates of Hell, protecting the blue-green promised land of Europe from flames. The EU, in effect, is outsourcing its border control and "humanitarian concerns" to Turkey and other countries, which the piece calls "often poorer ones with dubious human rights records." Human rights are clearly, in European, or indeed, Faustian rhetoric, the rights of citizens in nation states (particularly those that they helped set up with borders they determined). Those who have left their countries to seek a safe space are not entitled to the same rights, especially not when they are at your doors asking for them.

WHO IS THE DEVIL?

The piece keeps emphasizing the fact that Faust had to act so because "there is no viable alternative." Another unspoken, Faustian bargain, after that with Turkey, seems to have been struck with Greece. The conditions of the refugees in the Greek islands are so bad, the piece tell us, that they do not try the Aegean route any more. Add to this the usual accusation of the slowness of the Greek courts, and you have a description of Mephistopheles's minion, hated, but necessary to keep the flow of migrants to a minimum.

Naturally, no piece on Turkey can end without a reference to "[Recep Tayyip] Erdoğan's increasingly authoritarian rule," which threatens the end of this Faustian deal, for which Faust seems to have paid very little so far. The EU, on this count, seems to have taken a page out of the U.K.'s book in its relations with the EU itself — barely keeping its end of the bargain, always complaining about the contract, and yet surprised when the other side is just as keen to break off a relationship that promises no benefits. Just as the EU gave up on the U.K. in the end and is now keen to speed up the Brexit process, it could be as likely that Turkey will be the side that slashes this Faustian bargain, and leave Europe with its centuries old metaphors and ways of convincing itself that they are never the ones to blame, that with all their learning and scholarship, they are the ones led astray by devils and their minions.