The meaning of wisdom and where it differs from knowledge 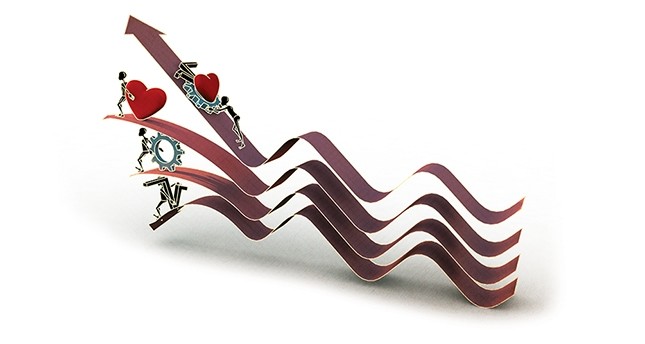 The famous quote by Ancient Greek Philosopher Democritus, 'there are many who know many things, yet are lacking in wisdom,' has always maintained its relevance through the history of mankind and will continue to do so

As time advances, knowledge in relation to various aspects of this world, the human body, various planets, nature and its function also continues to grow. Also, the human race is progressively coming up with more sophisticated tools in every field owing to this a progressive increase in knowledge.

Although this has led to some tremendous benefits, this increase in knowledge has also probably become man's biggest handicap, in the sense that it has led man to indulge himself in the thought that he has control over everything and he has the power to validate or invalidate anything. In this context, contemporary modern ideas that are governing man have been progressively narrowing the mind. Considering this claim in an age where man is claiming to become progressively open-minded is another paradox that we are experiencing.

With the advances made in knowledge, man has largely pursued and been led by the former of the two faculties that Einstein has drawn attention to in terms of their differences. The appreciation or the imagination for what could be beyond what is fathomable is diminishing for modern man, for whom logic has become central in everything.

Yet, "something deeply hidden had to be behind things" was the thought that drove Einstein in his effort in trying to make sense of the world around him and beyond. This notion is increasingly becoming dismissed by modern minds.

Unfortunately, we are living in an age whereby the last part of what Confucius has highlighted is losing its relevance for people, since regardless of whether we have the knowledge of something or not, we, human beings, are inclined toward claiming to know or have knowledge in everything. What is clear is that wisdom does not lead to arrogance but more reflection and amazement about how little we know.

The Quran explains this as follows, "I have given you the capacity for hearing, sight, and the intellect, and you are responsible for using them effectively. You shall not walk with arrogance on earth - you cannot bore through the earth, nor can you be as tall as the mountains." [Chapter 17, Verses: 37-39]"

The miscorrelation between man's knowledge level and man's open-mindedness in relation to what is not fathomable through his senses is partly due to the lack of appreciation for the facts and the meaning hidden behind these facts that man has been able to decipher so far. This is where wisdom differs from knowledge. One looks for meaning, which can be a lifelong effort, whilst the other is a tool that has the potential to make man's life both miserable and comfortable. The level of wisdom usually determines the direction of the latter.

Ancient Greek Philosopher Democritus outlines the difference between wisdom and knowledge in the following words, "There are many who know many things, yet are lacking in wisdom," whilst Einstein explains the difference between how both are acquired in the following terms, "Wisdom is not a product of schooling but a lifelong attempt to acquire it."

Confucius suggests reflection is the noblest way of gaining wisdom, although he also advises that it could also be gained through imitation which is the easiest and experience which is the bitterest.

The situation that Democritus refers to in his above quote has always maintained its relevance throughout the history of mankind and will continue to do so. However, what has changed is that the number of people who think that "there has to be something hidden behind things" is diminishing day by day.

Ancient Islamic scholars, Ancient Greek scholars and recent scholars did not only try to obtain information or knowledge for self-realization or to better humankind's comfort, but they had a more superior purpose which was either to have an improved understanding of life or help others to develop a more genuine meaning of life. Of late, unfortunately research and researchers are more driven by self-realization and self-interest, and this doesn't help with the handicap that man is in, which is ever narrowing his ability to imagine and give consideration to the thought that there is a hidden meaning behind everything.