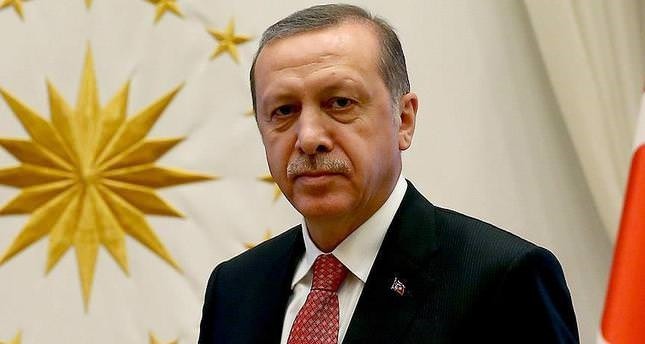 Today marks the first anniversary of the July 15 coup attempt, which went down in Turkey's history as a proud day for democracy. We are grateful to every citizen of our country who rushed to the streets, public squares, bridges and barracks upon receiving news of the assault to stand up to tanks, weapons and bombs to defend democracy.

On that fateful night, our citizens set aside their differences of opinion to come together and thwart the coup attempt. Like their grandfathers who fought in Gallipoli and across our country during the War of Independence, they risked everything to preserve Turkey's independence, freedom and our way of life.

There is no doubt that July 15 was a day of rebirth for the Turkish people. On this day, which has since been declared a national holiday, our nation made history through its heroism.

Millions of people, who bore witness to the heroic acts of their fellow citizens last summer, remember them with gratitude. From the men and women who stood up to tanks in Ankara and Istanbul to Ömer Halisdemir, who stopped the traitors in their tracks, and to the parliamentarians who gathered at the Grand National Assembly that night, everyone showed the world that they would stand up for their country.

As the sun rose on July 16, the full extent of the acts of treason committed by FETÖ operatives in uniform and their supporters became clear. Memories of the bombardment of the Police Special Forces center outside the capital, along with Parliament, the Presidential Complex and the police headquarters in Ankara, and the shelling of innocent civilians and our security forces by the coup plotters are still fresh.

Anniversaries of great events in history are an opportunity not just to remember the sacrifice of patriots but also to take stock and reflect on our actions. I believe that the first anniversary of last summer's failed coup bears importance in this regard. It is my belief that we, as individuals who govern this great nation, have learned the lessons of July 15 and its aftermath.

July 15 made it perfectly clear who Turkey's real friends and allies were as well as established who would stand in solidarity with democracy. Together, we witnessed how certain countries and international organizations tried to gain some time and waited to see how the coup attempt would play out.

On July 15, we saw that the self-proclaimed advocates of democracy and those who like to talk about human rights and the rule of law at every opportunity, kept their silence in the face of the coup plotters. It was no coincidence that statements condemning the coup attempt came long after the struggle between our nation and the coup plotters had ended. As a matter of fact, certain groups did not go to great lengths to hide their disappointment with the fact that the Turkish people had thwarted the attempted coup.

One year on, we are saddened by the fact that certain countries continue to behave the same way instead of learning from what happened on July 15 and making up for their mistakes. So-called reports that attempt to whitewash the crimes of the coup plotters who martyred 250 innocent people and injured another 2.193, and the fact that terrorists who were able to escape have been provided a safe haven abroad attest to this fact. The unreasonable criticisms directed at legal and administrative measures implemented by Turkey to address the threat of military coups, likewise, reflect the same sentiments.

Over the years, Turkey has always been willing to take into account constructive criticism. At no point, however, did we refrain from speaking up in the face of slander and injustice. Today, we are determined to take all actions necessary to ensure the safety of our citizens and safeguard the future of our democracy.

Clearly, our fight against all terrorist groups, including FETÖ, the PKK and Daesh, will continue uninterrupted. The rule of law requires that individuals who commit crimes are held accountable for their actions. The coup plotters, who falsely presume that they can put on a show in courtrooms, will be sentenced to the punishment they deserve by the courts and in the hearts of our citizens.

As we observe the first anniversary of the July 15 coup attempt, I would like to take this opportunity to note that I am proud to be a member of this brave nation. I remember the martyrs with gratitude and wish a speedy recovery to the veterans who continue to be treated. On behalf of myself and our country, I extend my gratitude to each and every one of our martyrs and veterans.