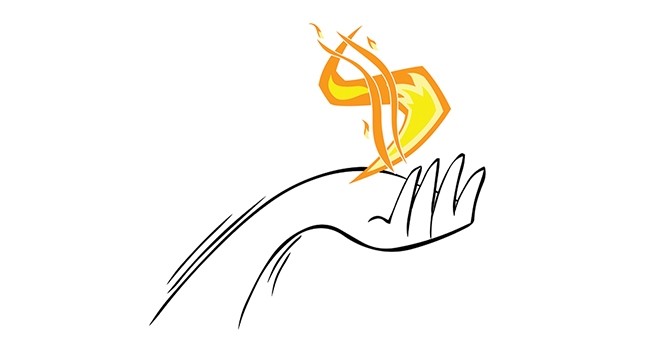 Sometimes, a single building can expose the disintegration of a society, rottenness of a system, the degeneration underlying an era and its accompanying mindset, and the gap generated by class differences in a country that is even termed as the cradle of democracy. Just like the Grenfell Tower that went up in flames on June 14 in one of London's richest neighborhoods and became a grave to almost 100 people. The fire that broke out and engulfed the 24-story apartment building where some 500 people lived claimed nearly 100 lives with dozens of people still missing. It led to such unbearable scenes as people jumping out of windows desperately and crashing to the concrete ground, and mothers hurling their children. There are building fires across the world every day, but that one was more than a fire disaster. Soon it turned into a political debate, a criticism of the whole system. Residents of Grenfell Tower were living in one of the most prosperous and influential countries in the world, in such a place of splendor and affluence as London and its richest neighborhood, Kensington. However, the conditions they were living in were actually a far cry from all these grandiose epithets.

For this reason, the seemingly ordinary disaster that befell them amid these conditions could not be attributed to the lack of safety measures, human errors, poor-quality materials, an unexpected accident, or the neglect of subcontractors alone. Instead, it has become a spark that led to national soul-searching. What kindled the spark that led to the questioning of the system and soul-searching in the U.K. was the fact that it was not only the flames that killed the victims. The truth behind this council housing, which was refurbished at a cost of 8.7 million pounds only a year ago, turning into an ordeal for dozens of people was explained by the British rapper and activist Akala, who lives in the area, in an angry tirade: "They put panels, pretty panels on the outside [of Grenfell Tower], so the rich people who lived opposite wouldn't have to look at a horrendous block." Articulating the feelings of ordinary people, Akala believes that the real reason why the residents of the building died was their social status. "The people who died and lost their homes - this happened to them because they are poor. There is no way that rich people would be living in a building without adequate fire safety."

Indeed, if fire-resistant panels had been used during the 8.7-million-pound refurbishment of this council housing in 2016, the fire that started on the second story would not have engulfed the whole building within just 15 minutes. If the contractor who lived in a 2.5-million-pound mansion in another neighborhood had not chosen the cheaper plastic and flammable panels and spent 5,000 pounds more for the fire-resistant choice, it would have been possible to save 120 families more quickly, or if the fire sensors in the building had worked, or if the fire alarms, which the survivors said they had not heard going off, had gone off, or if the sprinklers had not failed, or if the documented warnings of the 90 percent of the residents, most of whom are immigrants and low-income families, about the very poor fire safety standards in the building had been heeded by local officials and the tenant management organizations managing social housing in Kensington and Chelsea on behalf of local councils, or if the dispossessed and powerless people at the bottom of the income scale living on one side of a neighborhood like Kensington, on the other side of which live some of the world's most influential, remarkable and richest people, had been paid attention to. If both Labor and Tory governments had not insisted on brushing aside the issue of social housing for long, if the previous London Mayor Boris Johnson had not closed 10 fire stations, despite opposition from experts, if the authorities had equipped firefighters with the equipment necessary to deal with such fires, if it had been understood that the tendency to undermine and sideline council housing, which began with Margaret Thatcher in the 1980s, increased the risks facing their tenants. If the politicians who promised to review building safety regulations and improve fire safety standards after a similar fire in 2009 in a tower block in south London, which killed three adults and three children, had kept their promises. If the bill proposed by the Labour leader Jeremy Corbyn in 2016 that would require landlords to make their homes safer against fire had not been rejected by the Conservatives. If it hadn't been for the matters of debate in this extendable list of neglect, indifference and irresponsibility, Kensington, where the most influential live on one side and the marginalized live on the other side, wouldn't have turned into "A Tale of Two Cities." And this scandal, which involves a series of multi-dimensional causes ranging from greed to political indifference, from negligence of the municipal government to social injustice and inequality, wouldn't have evolved into a story of national cover-up implicating also Theresa May's government. Hence it wouldn't have become the symbol of the long-standing indifference toward the underclass and the powerless and gradually of distrust in the system in one of the world's most influential countries, forcing even the Daily Mirror, a tabloid newspaper serving celebrity gossip, to declare that "Grenfell Tower is a symbol of a dangerous inequality and indifference, a horrific alarm-call."

Muslims, who were awake early in the morning because of Ramadan and among the first to notice the fire, helped save lives. Others behaved heroically by catching babies thrown out of windows to safety. It's almost certain that the fire itself, which is not a cause actually but an effect, doesn't rank first in the lengthy list of causes of the disaster that devastated 120 humble families and claimed nearly 100 lives. Whatever the reasons, people from many different segments of British society, which is appalled at the disaster, came to a common conclusion that can be summed as follows: "This is not about a building fire and social housing alone, but a disaster with political causes and consequences. Above all, it indicates that something's not right in Britain."

For conscientious Britons shaken by the disaster, there is a quite lengthy list including causes and those responsible for the tragedy: "The subcontractor's greed for money; the incompetence of the organization that manages social housing; the indifference of local councils that direct their attention on more profitable areas instead; governments that choose to implement austerity policies to the detriment of vulnerable social groups and ignore the resulting social inequality assuming that the 70,000 pound per capita annual income is equally shared by individuals; and an elite that believes problems will be removed by turning a deaf ear to the powerless and deprived lower classes."

A terrorist attack on British Muslims in London some days later, which involved a van running over worshippers leaving a mosque distracted attention away from the disaster. If it had not occurred, perhaps the pace at which the Grenfell Tower fire, which can be regarded as only an accident in many parts of the world, was morphing from a building and social housing disaster in the U.K. to national soul-searching would not have slowed and the debate would have further intensified. Britons will probably continue to discuss this fatal building disaster for years from multiple perspectives but it appears that the underlying dimension of the problem will not be among them – that the building itself is a disaster.

The form of housing called the apartment has been presented as the symbol of urbanization, modernity and civilization for nearly 150 years. As urbanization accelerated, cities sprawled and became crowded. It has come to be offered as an inevitable solution that forces more people to live in limited space. Concentration of economic activities in cities brings with it the concentration of people in dense-packed areas. While that density and congestion inflates the value of land in the related area, high-rise apartments that are gradually turning into skyscrapers and presented as a solution have become the symbol of capitalist greed and rent-seeking. Rather than a residence or home, apartment is a charming instrument of profit making now. Besides, this greed for profit increases in line with the number of stories and building height and seems destined to continue. And it cannot be said to be unique to the U.K. alone.