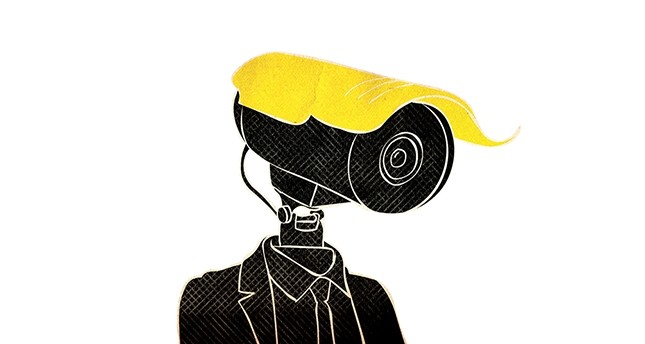 It seems that Trump is leaning on his military men and his family to govern, but even some Republicans are concerned over recent removals from the White House

Since U.S. President Donald Trump's inauguration in January 2017, the list of high-profile officials dismissed by Trump has been swelling and most of the people are become aware of the dismissed officials via his Twitter account. Trump's dismissals have already become a dominant pattern of his way of running the White House, and it seems that he maintains some consistency in ousting to wield his ultimate authority. Thus far, his first national security adviser, the FBI director, press secretary, chief of staff, private lead counsel and, most recently, his communications director were dismissed or forced to resign. Anthony Scaramucci was dismissed after his vulgar phone call to a New Yorker reporter was exposed. The audio reveals that Scaramucci was talking about now former White House Chief of Staff Reince Priebus, White House Chief Strategist Steve Bannon and other staffers in a rather coarse way during the interview.

Even though the U.S. vice president said that "moving a couple of our senior personnel off the National Security Council just simply represents a very routine evolution of the national security team around the president," according to various U.S. reporters, the ongoing high-profile departures from the White House is a sign of undeniable chaos inside the Trump administration. Nevertheless, beyond all these removals, Trump's government suddenly evolving into a "military government" full of military men with concrete battlefield experiences in recent wars is much more disquieting for the people of the U.S. According to various critics, having been reserving the most significant civilian positions such as national security advisor for prominent military men, Trump has a rather large room for political and military maneuvering in case of any security crisis or any failed decisions he adopts. Thereby, he is able to pass the buck onto senior military men and evade his responsibility, as Trump once did after the U.S.-led coalition airstrikes in Syria caused the highest civilian death toll to date. According to a war-monitoring group, at least 472 civilians, including 137 children, were killed in U.S. airstrikes in Syria in May 2017. Reported by a London-based human rights group, a U.S. airstrike went wrong and killed at least five Yemeni civilians and the U.S. navy opened fire on a 70-year-old man in previous months.

Four days ago, John Kelly, a retired Marine general, was sworn in as Trump's new chief of staff, which means he has full authority to operate in the White House and all staff, even Jared Kushner and Ivanka Trump, will report to him. Another general who has a leading role in dealing with each international crisis is retired Lt. Gen. H.R. McMaster, who was appointed as Trump's national security advisor. Trump also picked retired Gen. James Mattis as secretary of defense in January 2016. So, retired generals hold the positions of national security adviser, the secretary of defense and chief of staff with a significant political burden on their shoulder. Having appointed senior military men to significant positions (rightfully belong to civilian authorities), they are responsible for making strategic decisions and envisaging a wise future political spectrum. It is a sharp U-turn or, more precisely, hiding behind the military in terms of U.S. politics, and it is problematic to assume these military men as an emergency valve.

Is there a threat of a military coup?

It has been officially announced by the White House that Kelley will be responsible for installing discipline. Therefore, he wanted to remove Scaramucci due to his inappropriate and undisciplined behavior. So far, there have been two conflicting opinions regarding significant positions given to military officers in U.S. public opinion. One is for these appointments, because the presence of military men in the most important civilian positions is a clear sign of patriotism, especially among Republicans. One is against these appointments because it is wrong to regard the military as a constituency and put Congress, which is the legislative body established under the 1789 constitution, in a secondary position under military tutelage. Supporters of the former opinion also claim that this much reliance on military men in policy-making positions also might raise the threat of a military coup, and referred the example of Turkey, which has experienced several military coups in the last century, the most recent attempt on July 15, 2016.

Whether Trump is a fierce patriot or immature statesman obsessed with conspiracy theories, he is fed by crisis and loves it. Even Kelly, who is known for his fastidious and self-disciplined nature, might not help to evolve Trump into a dignified, prudent and mature statesman. His supporters voted for him because he says whatever he thinks, doesn't have comas or semicolons and for his unique way of communication and governing. His obvious lack of trust in the people around him makes him remove high profile officials swiftly, so he prefers to trust his family members instead. He even appointed his son-in-law, Jared Kushner, as his right-hand man – and Kushner is considerably unqualified for the serious responsibilities he has been given such as his position as special representative for the Trump administration in the Israel-Palestine peace negotiations. It seems that Trump is leaning on his military men and his family to govern, but even some Republicans are conscious about recent removals from the White House. According to a general, the "absolute best military advice should be completely devoid of politics." Can you guess the general's name? He is definitely John Kelly. Thanks to Torn Nichols, who reminded me of this catchy statement.