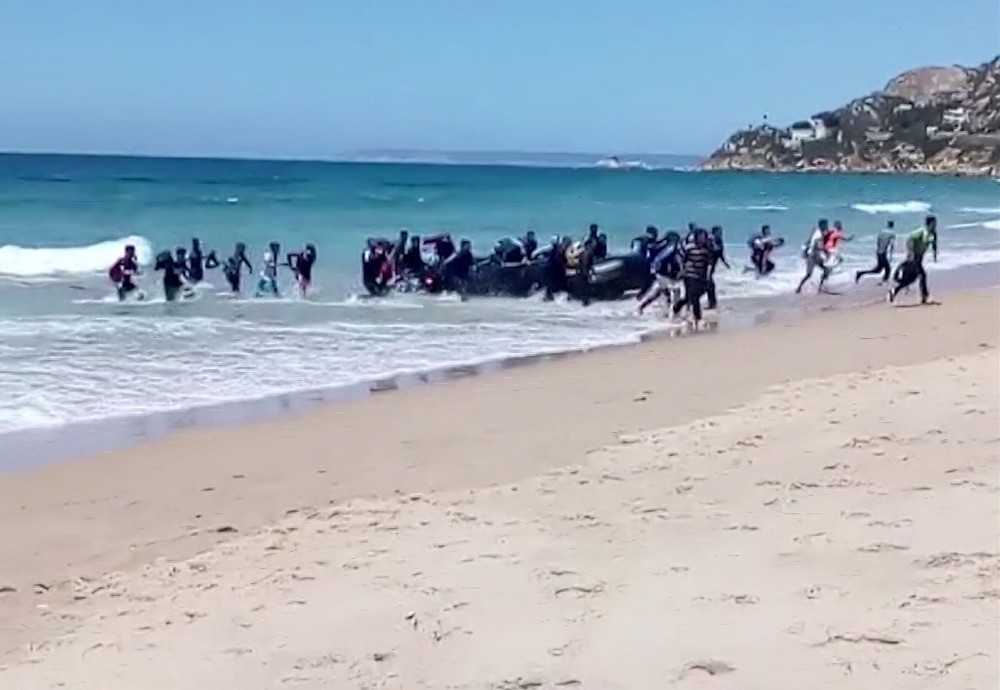 Immigrants! Lately, no other term has lost its charm this fast and this dramatically. Around the world, immigrants were supposed to symbolize hope and resilience. In the last few months, the term became a code word for trouble in many languages. Worse, it is now an insult.

It is all because of the U.S. The land of immigrants used to greet newcomers with the lovely Statue of Liberty, a beacon of hope. The U.S. for decades has championed that immigrants are good people.

Not any more. Last weekend, white supremacists attacked people protesting their demonstration in Charlottesville, Virginia, claiming land ownership against the immigrants. Hours later, Virginia's governor started his denunciation with a brilliant line: "Unless you are Native American, you too are an immigrant!"

The U.S. has already done something unusual by electing Donald Trump as president. And the president, whose grandfather hailed from Germany, has escalated this extraordinariness by limiting and banning certain immigrants. But at least Germans can still enter the U.S. for now.

While he is at it, Trump should be reminded that a sinister Turkish cult has also slipped in hundreds of fake immigrants into the U.S. through tricks. Just ask lawyer Robert Amsterdam.

It was only last week that we were enlightened about the Statue of Liberty's fake role in immigration. A White House adviser revealed that the line, "Give me your tired, your poor, your huddled masses yearning to breathe," engraved at the statue was not compatible with the original Lady Liberty concept. There goes the great immigration promise. So the Statue of Liberty was all myth and fake news.

Economic, demographic and romantic expectations from immigrants have already faded in Europe. On paper, they were supposed to bring skills and reinvigorate the old continent with energy and vitality while energizing the country and innovating. However, daily newspaper columns in Europe say immigrants are the source of all evil.

Perhaps Sweden is an exception. Sweden is grateful that its population has finally surpassed the formidable 10 million mark thanks to immigrants. Perhaps some tweaking is involved here, as the freshly registered immigrants were added into the population count. So there was no actual baby boom in Sweden, only a boom of immigrant registrations, regardless of age. Swedish locals seem uninterested in making babies. Babies are hard work.

Meanwhile politicians watch in horror. Immigrants are eating away political capital. Every election in any given European Union country leaves the electorate more charged, more radicalized and more anti-immigrant. Elections are really bad for immigrants in the EU. They lose ground and sympathy with every election campaign. And they cannot vote anyway.

Starting with Austria, every EU election campaign in the last 12 months has been about immigrants. Overtly or covertly, the vote is stuck between the shaky status quo and a firebrand radical, who is basically a fascist politician who wants to take his country back. On the positive side, the status quo wins these elections, but only after adapting to the fascist politicians' line. This political transformation subscribes to the bad apple theory.

Remember the silly Brexit campaign? Millions of Turks were about to flood into Great Britain to enjoy warm beer, bangers and mash and later to cure themselves with kind-of-free-but-not-that-good public health services. Pub food does that to you, sometimes.

We still do not know if the British electorate really believed the-Turks-at-the-gates tale. But Brexit is entertaining us a great deal. From the Brexit debate, our conclusion was that the EU is a club that gives misery, handouts, stagnant economies and unwanted immigration to its members along with backstabbing and treachery. Good for Great Britain that they broke free. We really did not know that the EU was that bad.

Immigrants are causing nightmares to domestic security departments, as each and any one of them can be an undetected threat. Whenever a flash news headline screams terrorism in Europe, the first thought is: Another Muslim? Then his legal and residential status becomes a matter of intrigue: A local or immigrant?

Police reports declaring whether the attacker was known or unknown to them are equally troublesome. If he was a known entity, relevant security services do not earn extra points by declaring it. Then the accusation goes along the lines of so, why did they not arrest him before?

European police departments are overwhelmed, overburdened and usually burned out. Think about classifying every immigrant male between the ages of 15 to 55 as a potential threat. That is a lot of paperwork.

That is why German authorities have recently installed facial recognition cameras at a Berlin train station. Cameras will film public areas and a mainframe computer will match the face shots with names and addresses for a test period. Reportedly more than 200 people have volunteered to have their ID stored in the database so that they can be recognized. It is easy to sense that the next step will come with the question: You have volunteered for the database, haven't you patriot? Today, 200 volunteers, tomorrow 20 million personal files and counting. But all digital, save the trees.

Give them some water

It was only a few weeks back that the French high administrative court, the Council of State, ordered the government to provide drinking water and toilets to the remaining 400 immigrants at Calais.

It is certainly encouraging that the law is on the side of drinking water and toilets, and that a government acts, but only after a solid court order, albeit from the highest court. Still no word on food.

Turkey, which has millions of foreign nationals as immigrants and refugees, cannot comprehend all the EU legalities, but knows by heart that now, conscience and mercy are hardly currency in Europe. We are also weary of reimbursement promises for refugee expenses.

Then came the news from Ceuta, Morocco. That is where Spain has a small territory, or rather, a city on the African shore populated with Spanish citizens, golf courses and beaches. Basking safely behind a nearly two-meter metal fence and barbed wire. Protection is against migrants who represent the rest of Africa.

Lately, Ceuta has been very popular among Africans who want to use their asylum option at this nice, little, convenient EU outpost. Until recently, migrants would try climbing the barbed wire at great personal risk and injury.

However, they have devised a new method: A large crowd gathers at the border zone and starts running toward the border gates – outnumbering the shocked guards. Some get stopped, but some succeed in running through. On a good day, the success ratio is about half to one-third. Not bad, because this was the very siege and breach method for capturing castles in the Middle Ages. African migrants, centuries later are perfecting this tactic.

The EU used to talk about becoming Fortress Europe, but every fortress has weak spots, and Europe has too many of them. The EU is no longer prosperous or a safe place for foreigners. The migrant inflow is simply out of desperation. At this rate, the Ceuta breach method is just a preview of things to come. Africa and the rest of the world are clearly fed up with PR stunts, selective and inconsistent policies and short-termism. Migrants need solutions that would keep them in their own countries in peace and prosperity.

If not, migrants are creative and resilient: A boatload of them hit the beach last week at Cadiz, Spain, to the shock of the beachgoers and authorities. The boat possibly had crossed the Strait of Gibraltar and reached the Spanish shore, in a first. This means migrants are now becoming quite capable at amphibious landings. The beach landing party quickly disembarked and dispersed toward the hills. They had no time to burn their boat.