Why the voluntary humanitarian admission scheme? 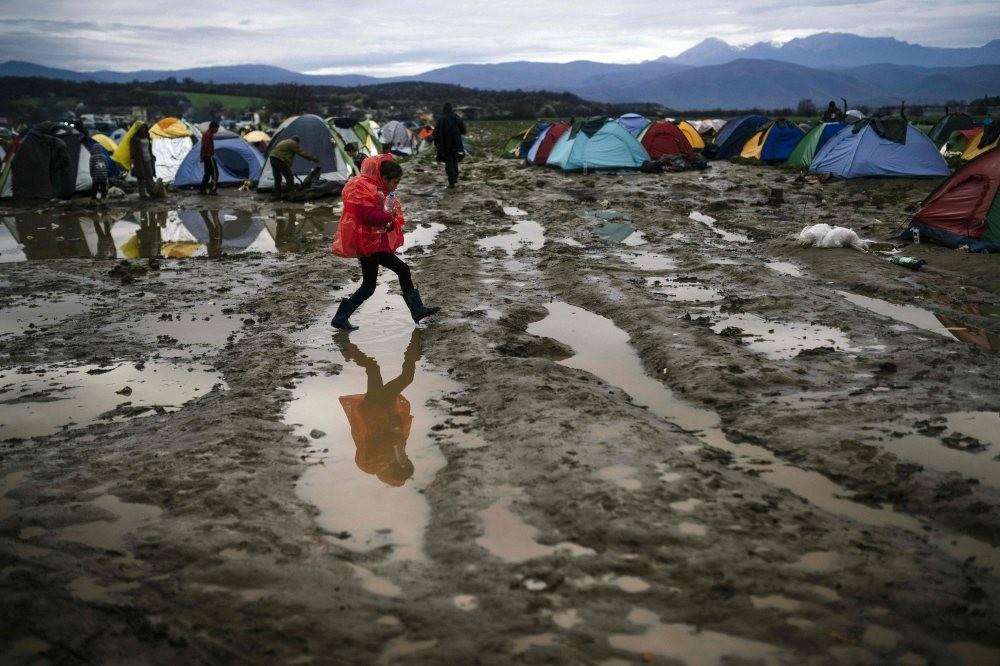 Amnesty International said about the Central Mediterranean route that "If the second half of this year continues as the first and urgent action is not taken, 2017 looks to become the deadliest year for the deadliest migration route in the world." In the first seven months of this year, 2,221 people lost their lives en route, mind you. The alarm bells are ringing in Brussels, and all eyes are on the fleet of dinghies crossing from Libya to Italy.

We don't hear much about the deaths on the Aegean these days. This is in large part attributed to the EU-Turkey Agreement on irregular migration. The Voluntary Humanitarian Admission Scheme is a clause in the agreement and is an alternative to the hazardous journey on the Aegean: It offers a safe and a legal resettlement pathway, while ensuring solidarity and sharing responsibility.

The EU-Turkey Agreement states, "Once irregular crossings between Turkey and the EU are ending or have been substantially reduced, a Voluntary Humanitarian Admission Scheme will be activated." Have these conditions been met? Well, the numbers speak for themselves. The United Nations High Commissioner for Refugees (UNHCR) counted 856,713 people who crossed the Aegean Sea irregularly to the EU in 2015. The number sank to 173,450 in 2016 and to 13,467 between January and Aug. 20, 2017. This means the pre-conditions of the Voluntary Humanitarian Admission Scheme are ready.

The modus operandi of the scheme would yield the following three things. First, ensure an en masse legal and safe resettlement plan. There is already a resettlement program for Syrians between the EU and Turkey. The one-on-one program resettles one Syrian in Europe for every one returned to Turkey from Greece. This program, also a part of the Agreement has been active since March 2016, but functions on a small scale. The total number of Syrians who have been resettled in Europe under the one-on-one program is 8,698 so far.

Turkey nowadays hosts 3.14 million Syrians, mind you. Unfortunately, the participation of EU countries in the program is slim. Germany resettled 33 percent and another 14 EU countries resettled the rest. This is still far behind the 72,000 seats pledged on Europe's side. Here, and to avoid cherry picking, the selection of Syrians needs to be clear and public. Second, the scheme could bring the smuggling business model on the shores of Turkey to an end. At the peak of irregular migration to Europe in 2015, one smuggling network earned up to $800,000 gambling on people's lives. This is not acceptable by any standards. Third, if we bring the scheme to life, we can permanently save lives

Back in 2015, the death toll on the Eastern Mediterranean route was 806. The number decreased to 434 over the course of 2016 mainly due to the agreement that entered into force in March of the same year. The International Organization for Migration (IOM) reported a low of 45 unfortunate death incidents in the first seven months of 2017. The availability of a safe and adequate pathway to resettlement prevents people from risking their lives on rubber boats.

The EU-Turkey Agreement transformed Turkey from a transit country to a destination country. This transformation requires addressing the needs of Syrians under Temporary Protection and other asylum seekers to sustain decent living conditions. To share the responsibility of addressing this important point and to ensure a comprehensive response to refugees and host communities' needs, the EU committed 3 billion euros in the form of humanitarian and non-humanitarian assistance under the Facility for Refugees in Turkey (FRiT). One of the facility goals is to help the most vulnerable refugees. The Emergency Social Safety Net (ESSN) scheme is meeting this endeavor.

This scheme is the EU's flagship of the humanitarian strand. With a budget of 348 million euros, the aim is to help 1.3 million refugees during 2017 with monthly cash grants of € 120 per household member. By the end of July 2017, 850,000 refugees benefited from ESSN. So the irregular path to Europe via the Aegean is almost shut, but people are safe and benefiting from different mechanisms to sustain decent livelihoods.

The Voluntary Humanitarian Admission Scheme is only functional when the Western shore of the Aegean is fully willing to cooperate. This does not seem to be the case, especially with the inoperative intra Europe migration policy. In Greece, the scene is dismal. The archipelago strategy on asylum seekers shows a lack of national approach, impracticality between the government and INGOs, inadequate assessment of asylum applications and misspent funds. Asylum seekers, in return, are in limbo.

This, however, could be a message of dissuasion. It tells EU governments not to resume the Dublin Regulation, which states that asylum seekers protection is the responsibility of the first EU country of their arrival. Also, it sends a message to asylum seekers not to cross the Aegean. The situation in the central Mediterranean route is not better. Italy is overwhelmed with migrants arriving on its shores from Libya, and at one point policymakers in Rome threatened to shut down the port in the face of rescue boats. Another Italian swing was to issue temporary humanitarian visas that would allow the arrivals from Libya to travel around the EU. The idea provoked Austria, which in response, said it will send the Austrian army to secure the borders with Italy if Rome implements the idea. Paris is also passive on the arrivals from Libya. Emmanuel Macron refused to open France's ports to migrants. At the same time, the next round of alarm bells seems to take place on the Western route while the arrivals to Spain are increasing.

To ease the pressure on Greece and Italy, in particular, the EU committed to relocate 160,000 people from Greece and Italy and from other member states if relevant. So far, only 16 percent have been effectively relocated from both countries under the Member States' Support to Emergency Relocation Mechanism. The relocation scheme expires in September 2017. At this pace, and while asylum seekers remain in limbo both in Greece and Italy, it would be difficult to meet the set target.

Yet, the EU is facing difficulties generating a consensus on the suggested mechanism. This is because some EU member states are defying Brussels. The confronters are either refusing to participate or engage partially in the Relocation Mechanism. This led the European Commission to start an infringement procedure and open a legal case against the Czech Republic, Hungary and Poland.

Nonetheless, there are alternatives on the ground. The Italian Corridoi Umanitari and the French Couloirs Humanitaires (Humanitarian Corridors) are non-government, self-funded initiatives and carried out by the Community of Sant'Egidio in collaboration with the Federation of Evangelical Churches and the Waldensian and Methodist Churches. Workers in these initiatives select the most vulnerable people and the embassies of the aforementioned governments do a background check in the transit countries. The two initiatives aim to resettle 1,500 Syrians, Iraqis, and Ethiopians.

The one sustainable and human way to keep people from taking on dangerous journeys and losing their lives is through opening more safe and legal ways. The sooner we launch the Voluntary Humanitarian Admission Scheme the closer we are to meet the endeavor. Until then, and while Europe is in search of a unified stand on its fragmented migration policy to address today's humanitarian tragedy, more people will perish.