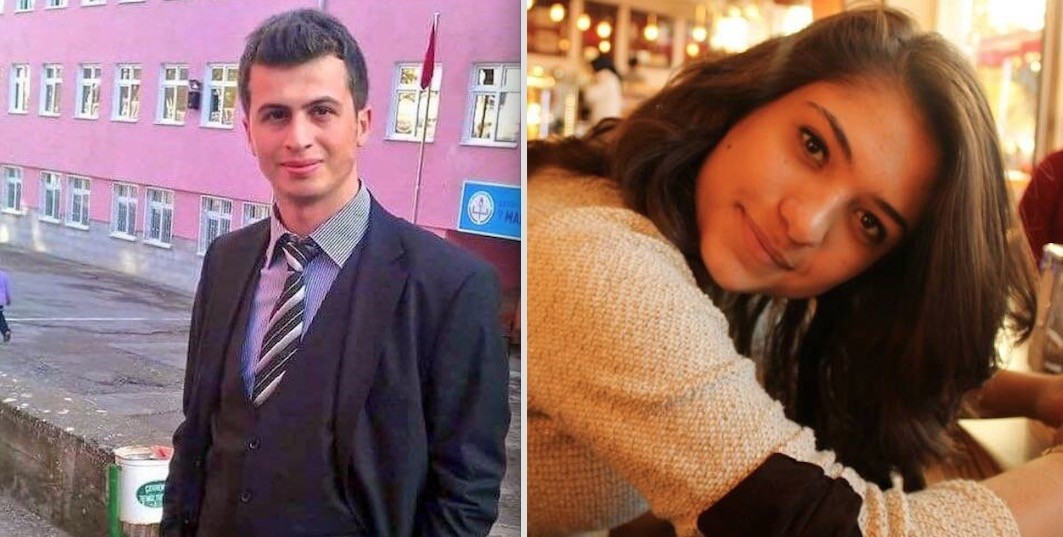 It is high time western countries realized that the Turkish nation in and outside of the country, mindful of the sacrifices borne by our ancestors and martyrs, is united as never before

It is no secret that major European countries wholeheartedly support the PKK, which is a globally designated terrorist organization with ruthless communist roots. Hardly a week goes by without another report of a PKK attack against civilians in Turkey.

PKK attacks specifically target people such as school teachers who work day and night to educate Kurdish children in southeastern Turkey. Because education will invalidate their recruiting capacities, the PKK hates seeing Kurdish kids being educated. They also target infrastructure investments in the Kurdish-populated cities since the equal treatment of every inch of Turkey by the Recep Tayyip Erdoğan government automatically cancels out PKK propaganda, which suggests that the state does not care about the Kurds and they should join the PKK ranks to fight the injustice. Thankfully, Kurdish wisdom and 1,000 years of brotherhood between Kurds and Turks repudiates PKK terrorism in Mesopotamia.

The PKK and its Syrian branches the Democratic Union Party (PYD) and the People's Protection Units (YPG) are promoted by Western countries as if they were NGOs and the western media likes to use "Kurdish freedom fighters" to describe them. It is pretty much like calling a hand grenade an apple. Moreover, it should not be forgotten that the PKK's armed resistance; suicide bombings and other violent methods have clearly been disowned and condemned by the huge majority of Kurds in Turkey.

Several leaders from various German political parties unanimously campaigned for the political party of the PKK in Turkey, the Peoples' Democratic Party (HDP). Besides supporting the HDP and generously hosting its deputies, German authorities actively interfered in the internal affairs of Turkey in last April's referendum for the presidential system and lobbied for the "no" vote at the expense of President Erdoğan's "yes" campaign. Rubbing salt in the wound, Germany harbors militants loyal to the terrorist Fetullah Gülen, the mastermind of the failed coup with whom the Turkish nation has been at war with since 2013.

The problem often stems from the fallacies that permeate Western think-tanks. The powers that be and several leaders consider themselves the almighty rule-makers, disregarding others as disorganized, feeble and unworthy of self-determination. This white and mostly Zionist evil establishment founded the United Nations and other global governance organizations such as the World Trade Organization, the International Monetary Fund (IMF) and the World Bank to keep nation-states in line and under control.

Rise of Nazism in Germany and the EUGermany, the powerhouse of the EU, mistakenly assumes that it can be the boss of Turkey in the wake of the vanishing Anglo-American hegemony on Turkish soil especially after the failed CIA-supervised Gülenist coup attempt on July 15, 2016. Both Chancellor Angela Merkel and her closest rival in the German Bundestag, Martin Schulz, patronize Turkey as they please. Instead of taking a rational path to establishing strong relations with a rapidly growing Turkey, they choose terrorism over diplomacy as a tool of disciplining partner countries that don't fulfil their demands.

In addition to the atrophied view foreigners hold against a prosperous Muslim state, Turkey also suffers from irrational attacks by Turkish-named adversaries in Turkey such as Greens party leader Cem Özdemir and 10 other deputies in the German parliament. The hateful remarks by these Turkish deputies are used by the German government to manipulate public opinion against Turkey.

Misinformed Germans believe in their government's baseless assumptions and buy the forged argument that all Turks are unhappy about their political system and elected leaders. For example, Germanpropaganda claims that Turkey is not safe to visit when thousands of Germans peacefully live as permanent residents in Alanya and German deputies show up in different Turkish resorts every other week.

Turkey is as polarized as the U.S., U.K., GermanyNobody denies the visible antagonism to President Erdoğan's rule in Turkey, but nobody should be blind to the enormous support for his vision either. Needless to say, democratic systems do not leave 100 percent of the population happy after elections. One-hundred percent of Germans are not crazy about Merkel and more than half of the U.S. chant "not my president" about Donald Trump. On these grounds, politically speaking, Germany, the U.S., the U.K., France and all other democratic countries with a functioning election system is as polarized as Turkey.

Were the Western governments to abjure their support for the accursed enemies of the Turkish nation, the situation with Turkey would undoubtedly improve. They don't have to do that out of favor to Turkey; doing the ethical thing and standing against any type of terrorism is a moral duty. Tension does not serve to national interests; as a matter of fact, it poses appalling difficulties to all sides economically, socially and politically.Do not disrespect Turks and refugees in Europe!That we are in the midst of crisis with the West is now well understood. The burden of responsibility lies in the hands of Western governments in restoring relations with Turkey.

As regards the most appropriate response to the EU's antagonistic views, one suggestion would be to encourage millions of Turks and Muslims in the EU to start getting vocal about their rightful demands from their governments; preferably in peaceful ways, but if EU countries favor PKK-type violent and illegal structures, even though it is against the angelic softness of the Muslim nature; aggressively. Acrid treatment of Turks in Germany and refugees in Europe cannot be accepted. Muslims may even consider voting for communist parties.

If Germany or France takes pride in supporting communist suicide-bombers in Turkey, we could definitely support their separatist or abominably perverse movements.

President Erdoğan has also recently called on Turks not to vote for the Social Democratic Party of Germany (SPD), Christian Democratic Union of Germany (CDU) or the Greens in the upcoming German elections in September.

The obvious conclusion to be drawn is that it is high time western countries realized that it is no longer the weak Turkey of the 1990s. They shall not feel caught up in a reverie of years long past. The two leaders of the PKK, Abdullah Öcalan and Selahattin Demirtaş, are in jail. Western-controlled Gülenist traitors within the system have been uprooted. The Turkish nation in and outside of the country, mindful of the sacrifices borne by our ancestors and martyrs, is united as never before.

'The harder the wind blows, the stronger my faith grows…'