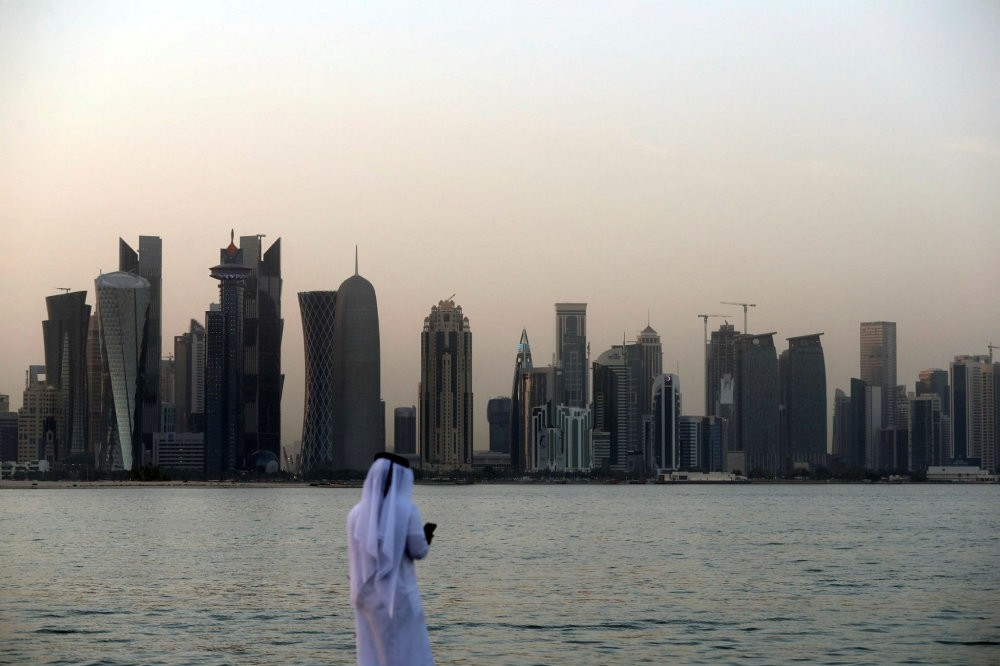 Qatar's decision to allow visa-free entry for citizens of 80 countries may appear as a move to increase its visitor arrivals in view of some of its Gulf neighbors cutting off travel and trade links in a standoff over various non-issues.

That may be partially true. Take a look at how Qatar has developed over the last two decades, and you may get a wider view of the country's aim to be a true business and tourism hub in the region. It wants to be a commercial center (think Hong Kong, if you are looking for comparisons), not a party town or a Las Vegas of tawdry attractions.

Qatar's well-planned infrastructure development, construction of hotels, Hamad International Airport and real estate projects are all designed to achieve that.

A lot of Qatar's construction activity is associated with its preparations for hosting the FIFA World Cup 2022. This can be considered a prestige project and will give immense international exposure to Qatar, but the Gulf state has already established enough facilities to be a center of trade, transport and travel. It invested tens of billions of riyals from its energy exports into building sports facilities and real estate before the 2006 Asian Games in Doha.

If there is any challenger to the region's established commercial hub Dubai, it's Doha, not Abu Dhabi. The UAE capital can splurge as much oil money as it wants on trying to become a major international city, but it won't get the attention it so desperately seeks. Dubai is a place of wayward economics that must live in the shadow of big brother Abu Dhabi's money and political domination.

Saudi Arabia, the kingpin of the blockading countries that tried to intimidate Qatar into surrendering its sovereignty, would not mind if Qatar were to develop into a Dubai-kind of place where all sorts of wild schemes could be tried to Disnefy Arab and Islamic culture.

No, that is not Qatar's character. Qatar wants to remain rooted to its culture and traditions as it develops its infrastructure of the future.

Saudi Arabia and the United Arab Emirates were clearly emboldened to seek Qatar's political isolation after being egged on by the same American-British neocon global war mafia that has caused mayhem across the world. Their onslaught against Qatar was based on blatant lies. Their conduct was aggressive and scandalous.

The Saudi bloc tried to create another zone of conflict and chaos, unmindful that their dangerous conduct would pose a threat to their own stability. Members of this bloc have for decades pursued policies that have caused divisions within the Muslim world. Their political assault now targets the sub-regional family of the Arabian Gulf Cooperation Council, using a multi-pronged strategy of economic warfare, transport blockade, propaganda campaigns and even deliberate destruction of personal and familial ties of Arab citizens.

The Saudi bloc's actions are illegal, irrational and ridiculous. Qatar has been civil, yet firm, in the face of provocations. Fair-minded observers have shown solidarity towards Qatar.

The blockading countries forgot that Qatar is a sovereign and well-connected country. They cannot treat it the way Abu Dhabi holds sway over smaller emirates in the UAE federation. Saudi Arabia cannot behave as if Qatar is one of its provinces. This should be understood clearly for the sake of regional stability and peace.

Turkey was quick and decisive in supporting Qatar in its hour of need. Qatar could justifiably count on such support, having stood by Turkey firmly following the July 15 coup, which was more of an external invasion project using internal stooges than a mere putsch by renegades.

The Qatari government's resolve and resources have helped it in foiling a murky destabilization plot by the blockading countries, which have proven themselves unworthy of friendship in a wider context. The expression of popular support for Emir Sheikh Tamim Bin Hamad Al Thani shows that Qatar will be able to handle the challenges posed by the hostile external network. People in Qatar understand that a group of countries orchestrated the crisis for malicious reasons. Qatar is now taking steps to strengthen its position on all fronts so that there is no repeat of what happened in June.

In particular, the UAE's braggadocio-infected orchestrators of the anti-Qatar campaign must be made to realize the futility of their actions.

Qatar is moving forward in the changed political landscape, and positive scenarios are emerging.

By waiving the visa requirement for people from scores of countries, Qatar has instantly emerged as an attractive holiday destination. It may not have the world's tallest showoff tower, but its quality of shopping, cuisine, desert attractions and beach hotels is second to none. Qatar's genuine culture of hospitality needs no marketing gimmicks or promotions.

Qatar Airways has lost Saudi and UAE routes, but this opens up a vast new world of possibilities, allowing it to connect its modern and efficient hub in Doha to new destinations. Its Gulf rivals earlier indicated that Doha traffic would suffer significant losses in the politics of blockade.

Qatar's shipping sector has stepped up to the new challenges in an impressive manner. Two new direct cargo services have been launched between Hamad Port and the ports of Karachi and Izmir. There will be more and mightier vessels calling Qatari ports. It makes perfect sense for Qatar, Pakistan and Iran to trade more with each other and benefit fully from their region. Trading with other countries via Dubai's Jebel Ali Port has worked against Qatar's shipping business and international links. Oman, China, Southeast Asia and India must be looking at ways to boost their own links with Qatar.

Turkish shipping companies should be working with their Qatari counterparts because it is in their commercial interests and to reinforce Ankara's unflinching solidarity with Doha. There is a wonderful opportunity for port management firm Mwani Qatar and shipping company Qatar Navigation to make their presence felt beyond the region. Stand your ground for making Qatar a maritime hub; there is plenty of gas to fuel this mission.

We may see one or two more governments siding with the Saudi-UAE alliance against Qatar, but most can be expected to act with diplomatic maturity. Qatar must not exhaust its energies in pleasing those who revel in their puerility. It's time for Qatar to think how to profit from the follies of its detractors.