Islamophobia as genocide: The plight of the Rohingya 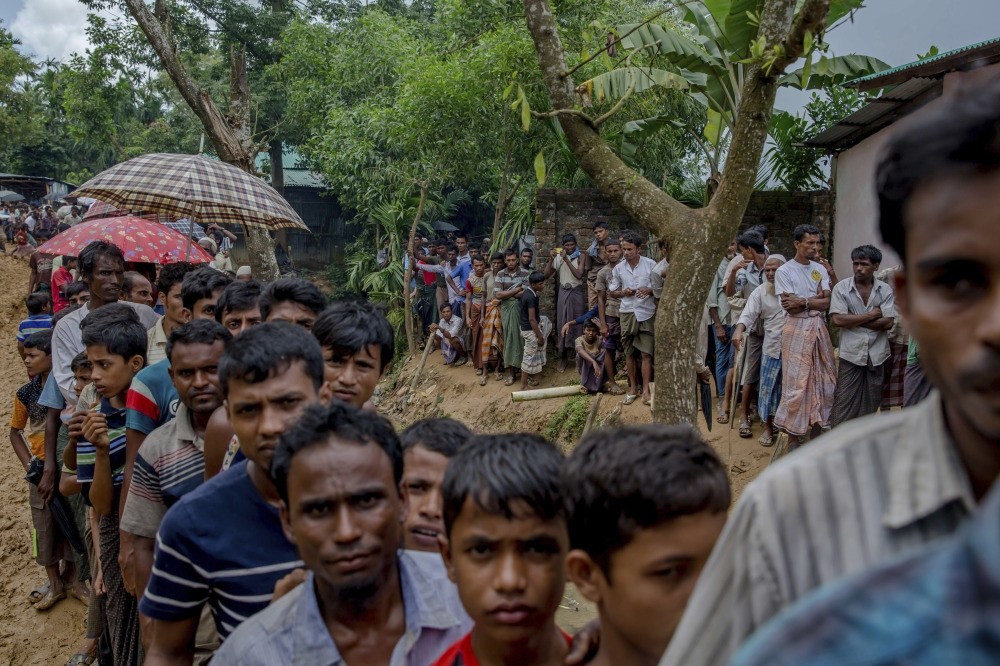 On April 19, 1943, the Warsaw ghetto uprising started as an attempt to resist the deportations of the remaining residents of the ghetto to concentration camps. The revolt of around 750 fighters armed with a handful of guns and homemade bombs lasted barely a month. After it was crushed, the Germans razed the whole ghetto to the ground, and later all its inhabitants were sent to the death camps. In their willingness to establish a moral equivalence between the violence of a powerful oppressor and the (even hopeless) resistance to that oppression, neo-Nazis would argue that the Warsaw ghetto uprising justified the Holocaust.

On Aug. 25, according to Burmese authorities, hundreds of Rohingya armed with sticks, homemade explosives and a few guns attacked several police posts. In ensuing battles, 12 Burmese security officers and dozens of Rohingya were killed. The government in Rangoon used this incident to launch another bout of state-directed mass killings of the Rohingya, asserting that they were fighting international terrorism. Reports and commentary that causally established a causal link between the Rohingya resistance and the Burmese government's oppression have become complicit with the Burmese authorities' supported ethnic cleansing.

The persecution of the Rohingya has been ongoing for decades. The Rohingya have had their citizenship rights taken away; in segregationist moves they have been refused entry to dozens of villages around the country, they have suffered severe travel restrictions, access to places of worship have been blocked, they have faced restrictions to marry, and they have had very limited access to education or health care. They are subject to brutal treatment, including extrajudicial killings, rape, torture, arson and mass displacement.

The Burmese leader, Nobel Peace Laureate and democracy icon, Aung San Suu Kyi, has done more than remain silent; she has actively endorsed these atrocities by dismissing them as "fake news." It is not only the use of this term, made famous by Trump, which connects Aung San Suu Kyi to the man who brought us the "Muslim Ban." There is an ideological affinity.

In 2011, Andres Breivik killed 70 Norwegian Socialists. He justified his act of mass murder as being part of a crusade against an unholy trinity of "Marxists, Multiculturalists and Muslims." Thus, Breivik's white supremacist beliefs were expressed not through racism and anti-Semitism but also through his Islamophobia, a view that accorded with many alt-right groups. What has become clear since then is that Islamophobia is no longer confined to extreme right-wing groups; it is now global.

Islamophobia cannot be simply a set of negative attitudes towards Muslim minorities. Its significance lies in the way it has become the means of shaping a global world order of privilege and cruelty. It is not by accident that Aung San Suu Kyi believes that the Rohingya are immigrants and terrorists. It is not an accident that India's Narendra Modi met her recently in Rangoon, while her army was ethnically cleansing Rakhine, where the Rohingya have lived for centuries, and it is not an accident that Aung San Suu Kyi dismissed reports of murder, rape and torture against the Rohingya as fake news. The vocabularies of Aung San Suu Kyi, Modi and Trump are built from the language of Islamophobia.

It is the language being used by xenophobic nationalists to cope with the crisis of nationalism and the project of the nation-state that reverberates throughout the globe. The very presence of Muslims has become a reminder of the impossibility of achieving national salvation in a world that is too large for any country or any group to hold. The failure of the culmination of nationalist fervor to deliver on projects of national redemption and revival is regarded as being thwarted by the very existence of Muslims. In an Islamophobic world, what else can Muslims be but barbaric outsiders threatening civilization with their mere existence?

The strengthening of xenophobic authoritarianism is increasingly based on attempts to subjugate Muslims. Muslims, in these times, have become a signifier of trans-nationalism with a global reach. This claim of trans-nationalism is marked by a familiar litany of dual loyalties, foreignness, cross-border affiliations and relations. Hence, the frequency in which Muslims appear as obstacles to the impossible fulfillment of the nation state, as markers of globalization and hindrances to the harmonious workings of a homogeneous society. Anxieties produced by globalization and the transformations in the world system under the rules of neo-liberal logics are displaced onto the persistent existence of Muslims, currently the largest global diaspora as they that cannot be fully contained in any nation-state, in any exclusive ethnicity or racial subjectivity.

Islamophobia has become the antidote that seeks to counteract foreign and contaminating substances in the body of the nation. Muslims are a metaphor for the ultimate inability to completely enclose the demos within an ethnos.

Genocide as a state policy of deliberate mass killings often occurs in the intersection between the nation and groups that allegedly disrupt it by transcending the limits of the nation. As a result of geo-political fissures, all major powers in the world have presently substantial Muslims minorities that become entangled in the current trend to ethno-nationalism and the confusion between citizenship and ethnicity. They are regarded as the main obstacle to the accomplishment of the longed-for ethnically pure nation state.

Islamophobia is not simply the hostility to Muslims, but rather, it is the glue that holds together a coalition that prevents a more pluralistic world from developing. Hence, the ethnic cleansing of the Rohingya is not just an attack on a far away and small persecuted minority. What is being attacked in the jungles of Burma is the very possibility of another kind of world.