Center for Islam and Global Affairs: A new initiative to study Muslim societies and Turkey's role in a globalized world 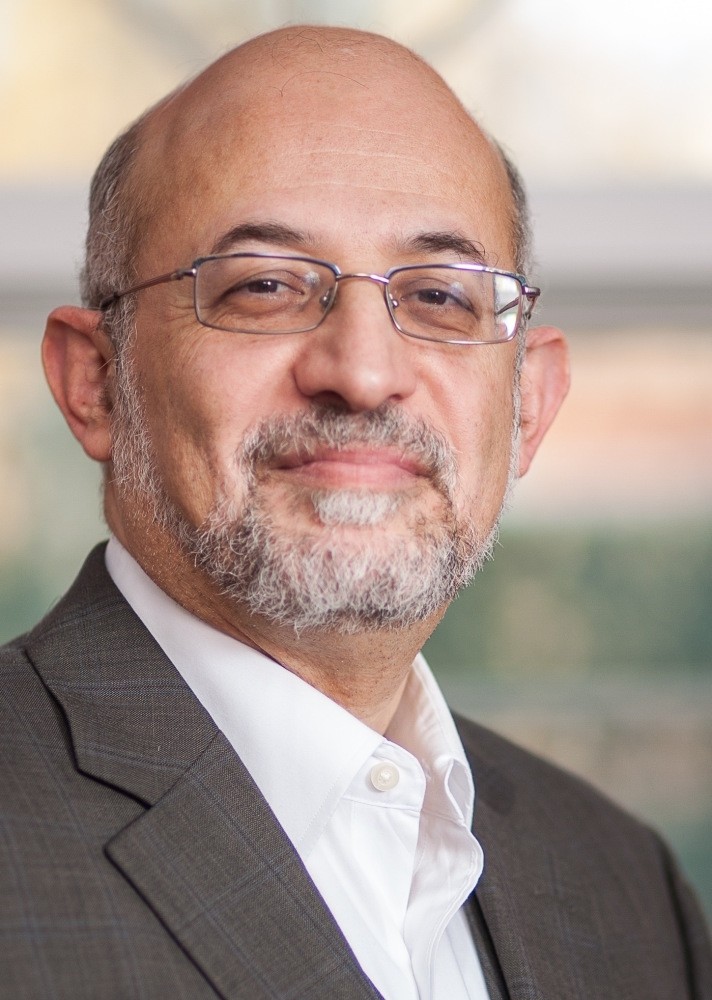 CIGA hopes to contribute, however modestly, to the understanding and analysis of the dramatic changes taking place in Muslim societies and offer practical solutions to intractable and difficult challenges facing our globalized world

Judging only be the headlines, one observes that war, tyranny and a tremendous level of human suffering have tragically dominated much of the Middle East's recent history.

But the area that extends from North Africa to Central Asia and Anatolia to sub-Saharan Africa has for centuries offered innumerable contributions to civilization and culture. This civilization has manifested itself in significant progress and endeavors, including philosophy and law, theology and mysticism, governance and social order, architecture and urban development, trade and international relations and science and technology, as well as literature and the arts. Across this vital region of the world, peoples, nations and tribes from vastly different ethnicities, cultures, religions and languages have not only peacefully co-existed, but also cooperated to build one of the most enduring and influential civilizations in history. In fact, it has been aptly demonstrated that this civilization played a major role in influencing major Western philosophers and political theorists during the Enlightenment, including the founding fathers of America.

For centuries, the relationship between the nations of the Middle East and North Africa on one side and European nations on the other oscillated between confrontation and coexistence. But with the advent of the era of imperialism in the 18th and 19th centuries, Western powers colonized much of this region culminating in the collapse of the old order and the emergence of the nation-state system not only in North Africa and the Middle East, but also around the world. Many of the newly formed states were arbitrarily creations designed primarily to serve colonial interests. In many cases, political and economic systems, social orders and legal regimes were constructed without much consideration of history or region, traditions or local customs or cultural values or religious practices. In short, the current conditions of the area that has become the Muslim world were shaped in large part by the experience of Western colonialism.

By the second half of the twentieth century most of these countries gained their nominal independence from direct colonial rule with many succumbing to political systems that were tyrannical, corrupt, weak, or dysfunctional. Few, if any, were able to assert real independence from their former foreign sponsors or transform their political systems to become truly representative of their people or embody their aspirations. With a closed and stifling political order, a stagnant economic system largely dependent on foreign support, and an acute social disparity between the ruling elite and the majority of the people, it became evident that the disenfranchised youth, who are increasingly comprising the majority of the populations, would eventually mobilize with the aim of restructuring their political institutions and press for sweeping economic and social reforms in the hope of establishing a more democratic, free, and equitable society.

Many observers viewed the phenomena of the Arab uprisings that swept the region in early 2011 as the embodiment of the collective will for genuine change across the region. But these real popular movements toward change and restructuring of society have faced three main interlocking and difficult challenges – an intrinsic one as well as others both internal and external. The intrinsic challenge was manifested by the political naiveté, inexperience and impatience of revolutionary youth and the lack of strategic vision, transparency and inclusiveness on the part of the Islamic movements – the two main genuine agents for real change across the Middle East. The forces of the old order, which largely monopolized the key instruments of power in society, including control of the military, police, judicial system, economic production and means of communication, represented the major internal obstacle to a smooth democratic transition or meaningful and durable reforms. Meanwhile, many international actors have either refused to back the popular sentiment toward structural changes or, worse, have actively undermined them, which ultimately has prevented these popular movements from causing real change and has emboldened the old regimes and counterrevolutionary forces.

As the dynamics of the conflict between the establishment of the old order and the nascent forces of real reforms have played out, it has become evident that major challenges facing the states and the people as well as political entities and social movements in the region, have emerged. How to deal with these challenges will ultimately determine the future prospects of the region either in the direction of increasingly inclusive democratic societies and transparent political systems or toward a more dysfunctional and repressive political order, resulting in endemic conflict, chaos and divisions that may eventually lead to non-functioning or failed states. Such contrasting outcomes would certainly have a profound and direct impact on the national security and economic interests of global and regional powers as well as the world at large.

Moreover, as people across the Muslim world struggle to assert their identity, shape their political futures, establish governments that actually represent them and their interests and yearn for their opinions to have a much greater influence on what those governments actually do, most seem to think that this is achievable not by radically separating their religious convictions from politics but by constructing representative political orders grounded in some meaningful way in Islamic tradition, ideas and values. However, U.S. and European policies on the Muslim world generally, and the Middle East in particular, have either ignored or actively tried to undermine this reality. Until global policy makers, particularly in the West, actually acknowledge this reality and begin to form policies on the basis of such recognition, their engagement in the region will be deeply flawed, both for the people of the region as well as for Western interests and global peace.Furthermore, some of the difficult challenges facing the people of the region that ultimately have to be confronted and settled before stability, peace and harmony are fully realized, include questions of political legitimacy, democratization and respect for the rules of democracy, constitutional government and the rule of law, restructuring of civilian-military relations, independent judiciary, transparent and good governance, respect for human rights, assertion of cultural identity and a public role for Islam in society, and dealing seriously with the issues of modernity, extremism, terrorism, sectarianism, ethnic nationalism, social justice and economic development, gender equality, pluralism and minority rights, foreign hegemony and occupation and exercising sovereignty and national independence.

The Center for Islam and Global Affairs (CIGA) at Istanbul Zaim University was recently established to study these issues as an independent, nonprofit, research and public policy institution. Its mission is to conduct high quality research and analysis, educate the public and policy makers, train experts and propose novel ideas and policy recommendations regarding global policies and relations impacting the Islamic world and the development and progress of Muslim societies.

As its inaugural activity, from Oct. 8 to Oct. 10, the CIGA is organizing and convening an international conference, "The Muslim Ummah: Synthesizing a New Paradigm, Analyzing Modern Challenges". 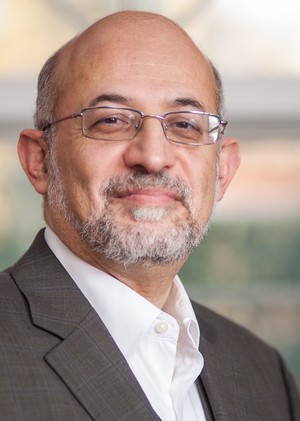 But why hold this groundbreaking conference in these turbulent times?

Ever since the fall of the Ottoman Empire almost a century ago and the emergence of the nation-state system throughout the Islamic world as its new international order, the concept of the "ummah" has lost its historical meaning as many scholars and academics from many disciplines have been debating its relevance and practical manifestations in today's world. Through a series of presentations and panel discussions this conference will examine the concept of the ummah and explore a new paradigm within the context of the modern world. It will also examine some important challenges facing Muslim societies, including the question of political legitimacy in Muslim-majority countries; the role of Islamic jurisprudence (Shariah) in modern Muslim societies; the challenges of sectarianism, nationalism, secularism and civilian rule; socio-economic challenges, including women empowerment, poverty, unemployment, production, development and globalization; and the contemporary contentious relationship between the Islamic world and global powers in a world infused by hegemony, wars, terrorism, racism and Islamophobia.

The objective of the conference is to bring noted scholars and academics in their fields to discuss these important themes.

The scholars will engage in thoughtful discussions regarding the re-examination of important topics facing Muslim societies and explore some of the major strategic, political and socioeconomic challenges as well as internal fault lines and external threats facing the Islamic world and their appropriate responses. The panels will analyze these difficult problems and attempt to present novel and practical solutions.

Furthermore, a public session will take place on Oct. 10. It is called "The Muslim Ummah in Today's World," and will be held at the Yahya Kemal Beyatlı Convention Center in Küçükcekmece, Istanbul. This session will feature renowned scholars Dr. Tariq Ramadan of Oxford University, Dr. John Esposito of Georgetown University and presidential spokesman İbrahim Kalın.

With a quickly changing globalized world, I hope that this center will contribute to a better understanding of the dramatic changes taking place across the Muslim world and examines the complicated inter- and intra-relationships between the states of the region and global powers. I lived in the U.S for decades, keenly observing major and often times disastrous, policies impacting and devastating the region. However, today I feel privileged to live in Turkey, which in many respects has regained its position as the center of, and a potential change agent for, the Muslim world. In such an endeavor, I hope this center contributes, however modestly, to the understanding and analysis of the dramatic changes taking place in Muslim societies and offer practical solutions to intractable and difficult challenges facing our globalized world.