Can the Turkey-US alliance be saved? 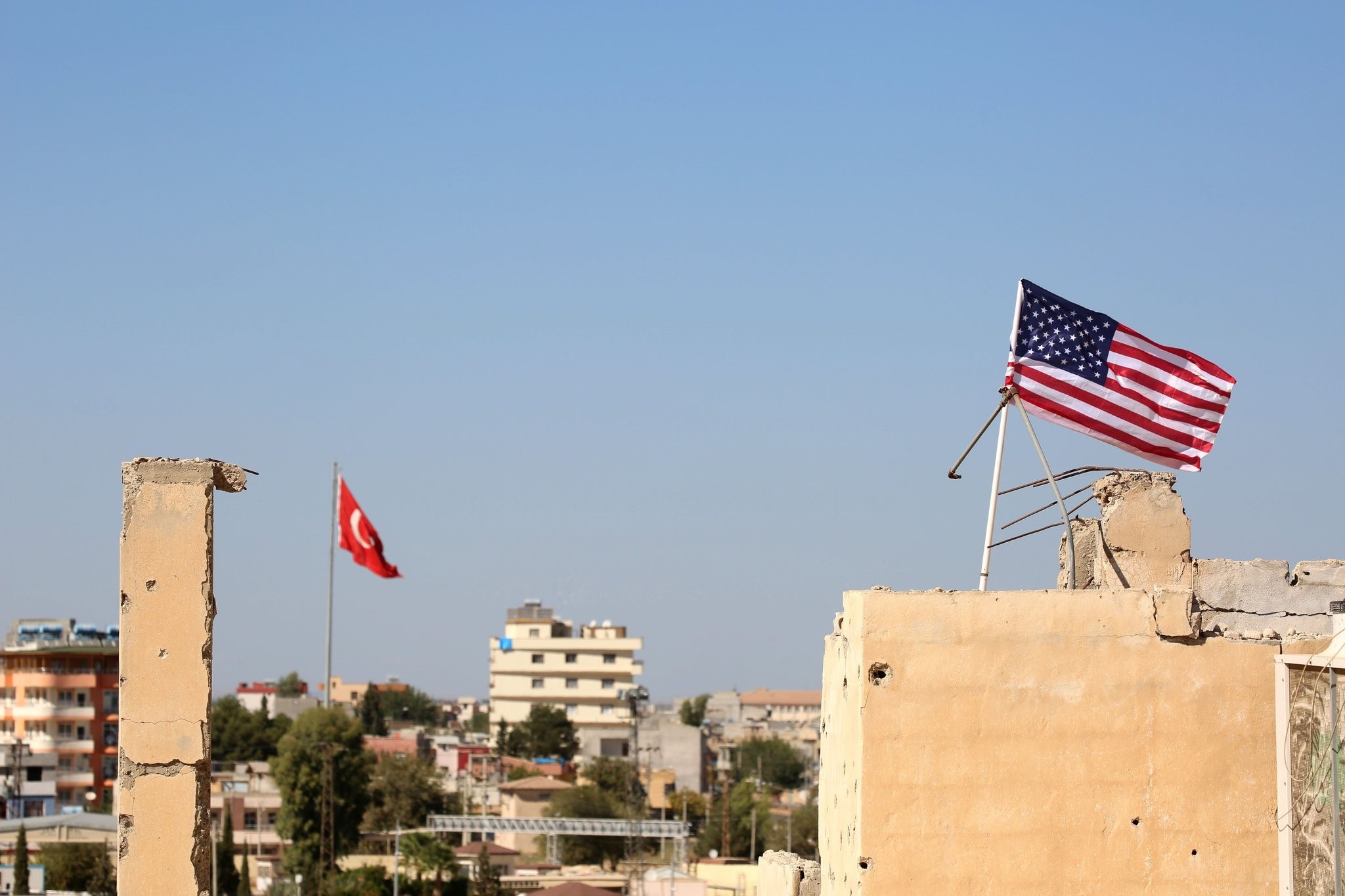 The U.S. needs to understand that the old Turkey is gone, the new Turkey is here to stay and it demands an equal partnership where its interests are taken into consideration

In a scene that is becoming quite familiar lately, tension between the U.S. and Turkey has flared up. A U.S. ally hanging up posters of Abdullah Öcalan, the PKK's imprisoned leader, in Raqqa has enraged Turkey. This was preceded by another crisis: The U.S.'s suspension of all non-immigrant visa applications in Turkey and Turkey's retaliation with tit-for-tat restrictions suspending visas at its embassy and consulates in the U.S.

The Turkey-U.S. alliance goes back seven decades, with Turkey serving as a staunch U.S. ally during the Cold War era. Furthermore, the alliance between the two countries extends beyond mutual relations; it is anchored in international, institutional mechanisms such as NATO and the G-20. However, to assume that these are enough to save the previously much celebrated alliance is a delusion. The recent escalation points to a deep crisis and the need to rebuild the alliance on new foundations.

It would be easy for Washington and the U.S. media to play the blame game and throw the responsibility on the shoulders of President Recep Tayyip Erdoğan. The list of U.S. grievances against Erdoğan is well-known by now; starting with accusations of autocratic rule and not ending with complaints that Turkey is drifting away from the U.S. and undermining its interests. Never mind the fact that the list of U.S. grievances is more dogma and misperceptions than facts and realities – the U.S. is jeopardizing its alliance with Turkey and shouldering the lion's share of responsibility for the worsening of relations.

Turkey's trust in the U.S. has been eroding for some time now and the attempted military coup in July 2016 served as a turning point. Turkey believes that behind the military coup lies the not-so-invisible hand of some U.S. circles that provided help for the coup or at the very least, were aware of it yet did nothing to warn the Turkish government. Rather than helping its ally bring those responsible for the military coup to accountability, the U.S. is sheltering them along with the perpetrator of the bloody coup, Fetullah Gülen, who resides securely in Pennsylvania.

More critical is the view in Ankara that this is not an isolated incident but rather a continuation of recent coup attempts such as the Taksim Gezi Park protest in May 2013 and the judicial coup attempt in December 2013 which ultimately aimed to illegally bring down President Erdoğan.

Turkey is also upset that the U.S. has chosen the People's Protection Units (YPG) in Syria as its partner, rather than Turkey, in fighting Daesh. Turkey rightfully regards the YPG as an extension of the PKK which has waged an on-again, off-again terror campaign in Turkey for the last 33 years, resulting in the death of around 40,000 Turkish citizens. The PKK is also considered a terrorist organization by not just Turkey but also by the U.S. and the EU.

While the U.S. may believe that the YPG is the most effective fighting force on the ground in Syria, Turkey is holding firm to its stance that there can be no talk in terms of "good terrorists vs. bad terrorists." Ankara has been arguing that all terrorism is bad whether it comes from the right or the left and that a terrorist organization can't attain any degree of legitimacy just because it is fighting Daesh. To add insult to injury, Turkey views the U.S. decision to deliver heavy arms to the Democratic Union Party (PYD) as a threat to its national security.

Many in Washington, including some members of the White House National Security Council, have directed their firepower against President Erdoğan. However, reducing the worsening in Turkish-U.S. relations to Erdoğan is a case of bad analysis. Getting rid of Erdoğan in one way or another will not breathe life into the ailing relations between the two countries. Turkey's public view of the U.S. is growing increasingly negative, according to the Pew Research Center, with 79 percent of the population viewing the U.S. unfavorably and 72 percent seeing the power and influence of the U.S. as a major threat.

In the last decade-and-a-half, Turkey has undergone a fundamental, socio-economic transformation. As a result, in the foreign policy arena, an assertive and dynamic Turkey has emerged. Turkey's foreign policy is now more independent; putting Turkey's national interest at the heart of its strategic choices. Although the old Turkey was expected to tow the line and align its foreign policy with U.S. interests, those days are long gone and the new Turkey is here to stay. This new Turkey demands an equal partnership where its interests are taken into consideration.

Today, both Turkey and the U.S. may find it easier to work with each other's adversary; with the U.S. preferring the PYD over Turkey and Turkey finding it easier to work with Russia. However, this is a lose-lose situation. It's time to turn over a new leaf and rebuild the Turkey-U.S. alliance on a new foundation; a foundation of equality and consideration in the interests of both countries.