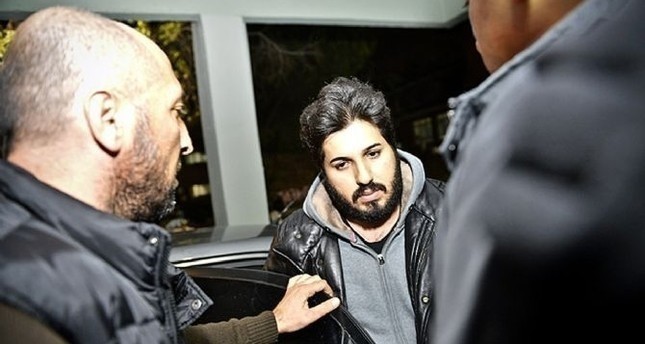 The political developments that have taken place in the last days of 2017 have caused significant changes in the Turkish economy's outlook from abroad. As the increase in exchange rates and relative inflationary pressures have heightened, especially over the past two months, the worries of financial institutions. The future of the Reza Zarrab case in the U.S. grabs the top spot on the list of topics that markets are the most curious about. What happened to cause Turkish bonds to lose about 13 percent in value in just one day?

Turkish bonds, which were predominantly held by foreign resident firms, had been holding 19 percent of the total stock of government domestic borrowing securities as of the first quarter of 2017, with a value of $26.3 billion. After reaching its highest level at 29 percent in 2013, this rate declined to 20 percent recently. We should not ignore in particular the reports of the world's most important asset and finance management companies urging to buy Turkish bonds from April to June 2017.

On June 7, 2017, investment bank Morgan Stanley, proposed purchases in Turkey along with eurobonds in Ukraine, Argentina and Russia, believing that the global macroeconomic conditions would support emerging markets with low interest rates and a healthy risk perception.

On April 21, 2017, UBS Asset Management Manager Michael Bolliner noted that "Turkish stocks had established a great place in their transactions,'' and that Turkey was one of the "most weight-bearing" assets in the 50-50 emerging market, country and private sector bond basket of the UBS.

While in late 2016, Amer Bisat, a senior official of BlackRock, the world's largest asset management company, said that Turkish bonds were attractive in terms of valuation, saying that the combination created by the increase of the possibilities of central banks' growing tendency to reduce interest rates are making emerging market shares relatively attractive.

Remarkably, in all these explanations the global investment banks are not as enthusiastic for Turkish lira-based investment instruments and stocks as they are to bonds. The fact that the lira has a less promising outlook than the currency of other developing countries at 22 percent is a clear indication that its fragility was priced even during those times.

The fact that we did not see recommendations from Citi, Deutsche Bank and Standard Chartered Bank to buy in Turkish lira earlier, as it was in 2016, to due to attractive carry trade opportunities and improved resource inflows, has been closely followed by the market as another warning sign.

The differentiating point here is that while foreign investors take a long-term position in purchasing stocks, they have turned toward short-term profitability in the bond market while buying Turkish bonds, especially during the past year. The fact that foreign banks and non-bank financial sectors rank first and second in bond and stock acquisitions with respective shares of 48 percent and 47 percent is the biggest factor in making large-scale decreases in the market more widely discussed topics.

Europe stands out when the regional distribution of foreigners holding government domestic borrowing securities is analyzed according to Turkish central bank data. While Europe holds 69 percent of the government securities of overseas residents as of the first quarter of 2017, the Americas have a 23 percent share.

In light of this information, let us list the reasons why Turkish bonds have been differentiated from other countries' bonds and have fallen to their lowest level in the past two years.

• Reduced confidence in the world's emerging economies in the last three months.

• The increasing need for a safe haven with the rise in bond yields.

• The perception that central banks will not make timely moves to curb inflation.

• The high depreciation of the Turkish lira, which has put negative pressure on long-term stocks and the bond market, and caused the interest rates of the 10-year treasury bonds denominated in lira to jump 46 basis points to 13.01 percent, and 2-year bonds to increase 14.05 percent.

• It can be seen that the main reason for the price imbalance between the time when investment banks urged investors to buy Turkish government bonds and today is political risk.

• Hot money flows have begun to be more sensitive toward decisions that the U.S. Federal Reserve (Fed) will take. Especially when we look at global liquidity movements, we see that there is a mutual interaction between low interest rates in the U.S. and capital flows to developing countries. This puts countries such as Poland, Mexico and Turkey – whose companies largely contract debt in foreign currencies – at greater risk. As the bond market is an investment instrument based on trust, the general perception here has recently focused on sales.

• With the return of foreign currency-based liquidity needs, the market has now started to price the inflation risk and policy error – the only chance it has left.

• The ongoing tension with the U.S., which reached its highest level with the recent crisis experienced with NATO, the turmoil in banking activities following Turkish politicians' interest rate announcements and closer monitoring of conjunctural risks by the markets.

• The Reza Zarrab case, which has been gaining more media coverage worldwide and has become a threat to the current ruling party. One of the main reasons for the pressure on the lira in particular is the fact that statements from Turkish officials that the Zarrab case is a conspiracy have led to sales.