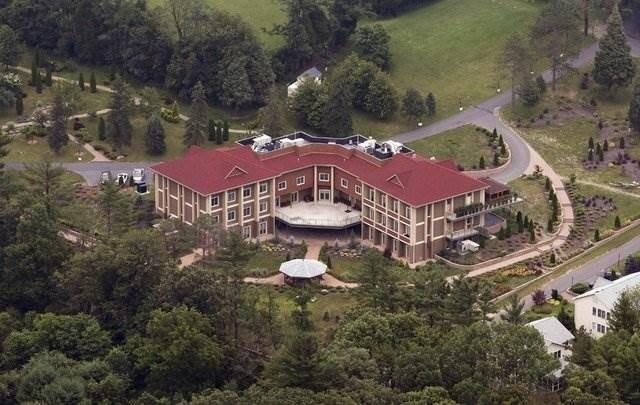 Gülen's extradition, which must go through the courts as fast as possible, in a way depends on U.S. public support, so Americans need to first learn about the dangerous cult leader in their country

It has been almost a year-and-a-half since that dark night in Turkish history when traitorous soldiers tried to seize control of the government. While the country has shown resilience in erasing the painful memories of this betrayal from the collective psyche, a scar still remains at its core. Lives were lost, families torn apart, thousands of perpetrators arrested and yet the mastermind of the attempted coup, the radical cult leader, Fetullah Gülen, still sits comfortably in his property in the Poconos, evading judgement. The aspect of these events that have probably had the most profound impact on Turkey is that the country protecting him is none other than Turkey's closest partner and a NATO ally, the United States.

Following the horrifying events of July 15, 2016, Ankara set its sights on bringing Gülen to justice by extraditing him from the United States. However, the process has proven to be harder than expected, as the U.S. Justice Department has found the crates of evidence Ankara provided to be inconclusive. The Americans have a saying, "he must be caught red-handed," and, unfortunately for the Turkish government, it is proving difficult to find direct evidence linking a man living in Pennsylvania to events 5,000 miles away. It is just as difficult as it was to find evidence linking Osama Bin Laden to the 9/11 attacks or finding Saddam's weapons of mass destruction. But there is an inordinate amount of indirect evidence that has connected the dots, painting a picture that shows Gülen's radical group at the center of the attempted coup. Despite all the red tape that the U.S. bureaucracy has thrown at Turkey during this process, the lack of intent of U.S. law enforcement and intelligence services to launch a public investigation into the coup allegations of this shadowy figure hiding in Pennsylvania is probably the most puzzling.

Where are the FBI and CIA?

The U.S. boasts the world's best funded, most technologically advanced and experienced federal law enforcement service and intelligence agency in the world, the FBI and CIA. However, both of these agencies have remained relatively silent during the Gülen extradition process. I find it hard to fathom why, in the face of such allegations, these agencies have not launched a public investigation into Gülen. As America has experienced a period of terrifying mass shootings, which have provided fuel to U.S. President Donald Trump's call for extreme vetting for immigrants, why is the cult leader in self-imposed exile immune to the scrutiny? Let us place coup accusations aside for a moment – the fact that there is a radical cult leader residing in the U.S. and operating over 150 charter schools funded by U.S. taxpayers is alone enough to raise red flags at both these agencies. While the FBI and CIA have not taken public action against Gülen, there must be files overflowing with intelligence into his activities. Instead of Ankara being forced to solely provide direct evidence linking a man who has not stepped foot in Turkey in 18 years to an event that took place in the country, both these agencies should be providing Ankara with what they have.

Since Gülen's arrival in the U.S. in 1999, the Gülenist Terror Group (FETÖ) has been actively opening private charter schools funded by U.S. taxpayer money. While flying under the radar for nearly a decade, the school's operated by Gülen's group has come under scrutiny over the past years. The cult, which receives an estimated $150 million a year in tax breaks and subsidies, has been accused of violating competition regulations by granting contracts to Gülenist companies. The charter schools have also been used to bring Gülenists to the U.S. on special H1B visas, a program that was intended to ease the immigration of professionals with critical skills.

While many things have been tolerated by the U.S. government, anyone who has spent time in America knows that taxpayer money and immigration are two topics that have zero tolerance for fraud. In past years, audits have been conducted by the states of California, Oklahoma, Georgia and New York into accounting irregularities. More recently, the California branch the National Association for the Advancement of Colored People (NAACP) civil rights organization has called for an investigation into all Gülen charter schools. This outcry came shortly after the Los Angeles Unified School District denied Gülen's Magnolia Science Academy 5 School's petition for renewal. While Gülen continues to evade the law in Turkey, it is clear that the net around him in the U.S. is slowly starting to close.

Turkey has consistently met the never-ending demands of the U.S. government, and despite Justice Minister Abdulhamit Gül's statement that all technical obstacles in the way of Gülen's extradition have been removed and Prime Minister Binali Yıldırım's recent trip to Washington, we still have not seen any concrete steps from the U.S. Due to the publicity and politicization of this extradition request, it seems that evidence alone is not enough. Ankara will have to garner U.S. public support and pressure the U.S. government into doing what it should have done last year. As the American public is slowly becoming aware of whom they are harboring, the Turkish government needs to change the narrative on Gülen to one that resonates with the American public. In the daily life of an average American, the importance of an attempted coup in a far-off land is of little concern. However, a radical cleric operating an empire of charter schools funded with their money and in their own backyard, attended by more than 60,000 young American students will definitely get their attention.

Garnering public support is something that President Recep Tayyip Erdoğan is an expert at and he has a couple current and former Justice and Development Party (AK Party) members that know the U.S. and understand the mindset of the American public to aid him. These are the facts and the realities that Ankara needs to publicize and push if Gülen is to have his day in court.