Where is the Iranian uprising heading? 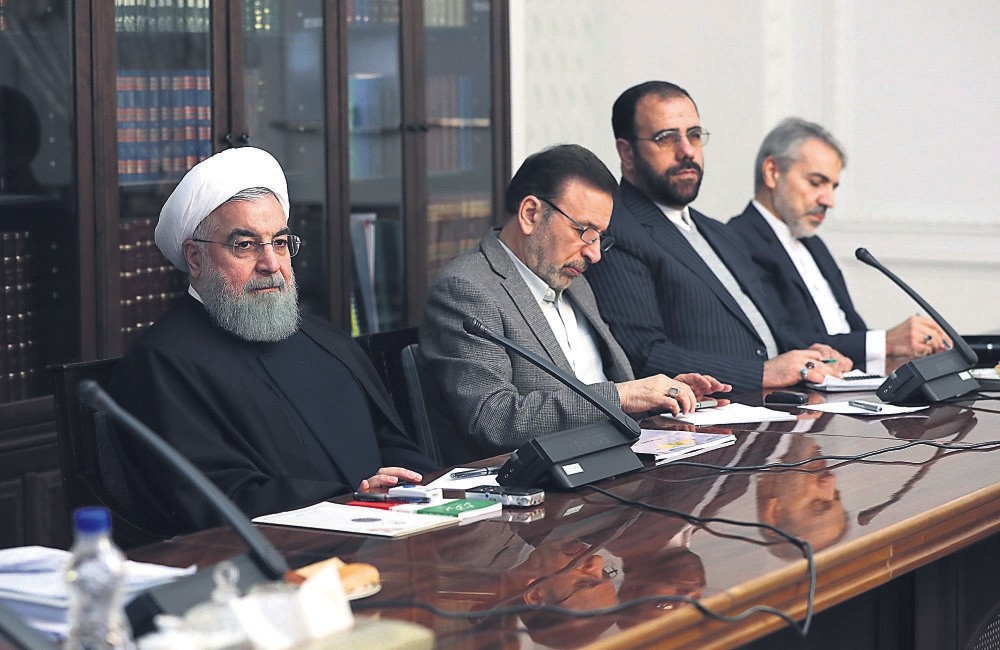 As a country in the heart of the crises-hit Middle East, and which has been under crippling sanctions for nearly four decades, Iran is still passing through a sever and critical process

Iran witnessed a ripple of small-scale protests over matters entrenched in poverty, with less than desirable living conditions and long-term unemployment across the country. These protests were a signal of an upcoming storm that poured thousands of Iranians into the streets across Iran with anti-government slogans on Dec. 28. It is a rare and stunning uprising of the public that could possibly extend far across the country. It is quite surprising that the starting point of the protests was Mashhad which literally means "place of martyrdom." The city is the heart of Iran's Shiite Islam as one of the most sacred sites in Iran, where the Imam Reza Shrine is located. According to witnesses, Mashhad is the site one of the much ballyhooed protests the country has experienced since the Green Movement protests in 2009.

Is this a Persian Spring?

Iran has literally been experiencing its own unique civil rebellion, or a so called Persian Spring, since last Friday. The most shocking part of the uprisings is protesters flooding the streets and chanting against Iran's sacred values, which are swathed in Shiite doctrine to guarantee the regime's survival. Having resounded with fierce criticism against the looting of the "Velayat-e Faqih" (Guardianship of the Islamic Jurist) system, the slogans protesters are shouting are obvious attempts to knock the bottom out of the inviolable authority of Iran's supreme leader. Even though the protesters initially raised their voices against economic problems Iranians are currently facing, the protests have swung into high gear with the striking chants of protesters in their 20s and 30s calling for more freedom and human rights.

Not surprisingly, large scale protests are rooted in society due to an over-accumulation of anger, disappointment and rising expectations, which are nearing the last straw, and this time, Iranian President Hassan Rouhani spurred the anger when he made public the details of the new budget a month ago. Having unveiled the details of the new budget, Rouhani also announced details of budgetary spending regarding how much money is transferred to religious foundations and centers. It was a rather shocking experience to relearn a rather publicly known fact from the president while the majority of Iranians are experiencing enormous challenges in meeting their daily needs. It was the last straw for Iranians suffering from unemployment. In fact, many Iranians know very little about the overall budgets of religious associations, which hold nearly every sector of Iranian industry, including finance, telecommunications and oil. For instance, according to a large investigation conducted by Reuters in 2013, the total worth of the Headquarters for Executing the Order of the Imam organization is about $95 billion in real estates, corporate stakes and other assets, roughly 40 percent bigger than Iran's annual oil export.

The fact that moderate President Rouhani has been unable to fulfill his pre-election promises, a broad spectrum stretching from financial reforms to social transformation, has largely disappointed the hopes of specifically the urban middle class. Promised reforms have lost momentum because of Rouhani's failure to push through the more far-reaching aspects of his political agenda. Even though Iran is experiencing one of the lowest rates of inflation, living costs and unemployment are still high, particularly for women, the young and educated. Despite the average inflation rate, unemployment is stuck at around 12 percent, partly due to the large number of job market entrants, given Iran's young demographic profile. In addition, the expected effects of the nuclear deal have not yet emerged. However, the immediate benefit of the agreement was to sell much more oil and gain control of $100 billion in frozen assets, which could have reversed Iran's economic downturn.

Syrian crisis at the heart of protests

Even though the most influential motivators in the Iranian uprising are economic hurdles, it seems that Iranians do not want their country to interfere anymore in either Syria or Iraq. Apart from targeting high prices, youth unemployment and the violation of human rights, the slogans from protesters are also against Iran's overwhelming involvement in Syria. Slogans, such as "leave Syria alone," are also overlapping the findings of public opinion polls, which demonstrate the public's anger against using Iran's financial resources to deploy military personnel to pursue its hegemonic designs in Syria as a growing Iranian stronghold.

Iran is even interfering in the decision-making process of its neighboring countries, and the Shiite paramilitary groups in the field are becoming political affairs. While Iran's foreign policy objectives to ramp up its interventions in the Middle East have become the primary objective of the Rouhani government, it is hard to discern the rising expectations and disappointments of people tackling economic woes. Therefore, the current protests are led by no one single person and appear more hostile toward the regime due to its deep involvement in Syria and Iraq.

While Iran is experiencing one of the largest popular uprisings in its history, questions are still pending about the nature of the movement and its direction. Is it a protest for reform or the stirrings of the next revolution? It can be explained with three examples. One of them is previous experiences of the republic combating civil uprisings. Based on previous uprisings, the Green Movement as a color revolution largely failed and protesters accomplished nothing. Furthermore, based on the explanations of Iranian Revolutionary Guard Corps (IRGC) Chief Commander Mohammad Ali Jafari, the Islamic Republic is prepared to fight internal uprisings following the 2009 Green Movement. Even though the IRGC is busy with delegating a more expansive role to the Hashd al-Shaabi forces fighting in Syria and Iraq, they are also on the alert for any internal uprising that could jeopardize the regime's survival. The capacity of Iran's security forces to repress these protests is indisputable.

Second of all, the trajectory of the uprising is being shaped by the participation of workers and ethno-linguistic minorities largely ostracized from the state apparatus. While the Arab uprisings were able to mobilize a wide array of social classes, including women, students, workers and minorities, we will see whether the uprising will evolve into one with a more revolutionary agenda through the expansion of participation from different parts of Iranian society.

Finally, the thorniest issue is the estimated time needed for the protests to subside. Given that the frustration and anger that led to the 2009 Green Movement is still alive in Iran, whether the resiliency of the protests will continue or not is based on the probability of major changes in the social patterns of the movement. In the near future, we might witness cooperative or spontaneous patterns of uprisings, and both of them probably will end up with different consequences. Whether the protesters appeal to cooperation or not, they will be referred to as a noticeable break from the typical pattern of small-scale demonstrations over economic issues in Iran.