No winner in first battle between cryptocurrencies, central banks 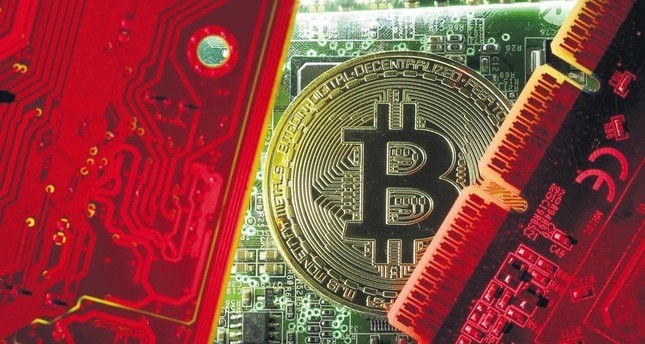 Can Satoshi Nakamoto, the cryptic founder of the encrypted currency bitcoin, scupper the future of finance and central banks? Well, it is the burning question everyone wants to know the answer to.

We do not know if Nakamoto himself knew that bitcoin would create such an impact around the world, but he probably was not expecting the cryptocurrency to reach the $15,000 level mark, especially after J.P. Morgan Chase CEO Jamie Dimon said: "Bitcoin and the likes are the biggest fraud in history, and people should not run in pursuit of such dreams." If the jobs of economists and political economists are ambiguous, even though it is not always said out loud, if there is an asset that has its own worth, denomination and a virtual equivalent independent of fundamental economic precepts and keeps on making its way in the utopian scenario called demand/price mining, then we can talk about a revolution. And the first rule history has taught us there can be no revolution without bloodshed and destruction. By following in the footsteps of this revolution, we will try to analyze where the war started and where it ends.

As we known, there have been colossal crises almost every 40 years, and large-scale crises every 10 years in addition to that. This means that the world very successfully creates its own crises, and the system is very accustomed to throwing these crises out of its system every once in a while, just like the microbes in the body. The main view of economists now is that a new global crisis between 2018 and 2020 is right at the door.

It is quite difficult to explain why bitcoin, litecoin and similar instruments have emerged, without getting into basic economic problems. The main mechanism of monetary policy is based on lowering interest rates to stimulate the economy. By doing so, a central bank increases borrowing activities and directs individuals to purchase goods and services.

The fact that interest rates in the United States, the United Kingdom and Japan are almost zero is one of the real problems, and the only way to keep this system up and running is through controlling monetary supply. It is the same system we know as Bretton Woods (the gold dollar standard), which continued well into 1971, and after that the Special Drawing Rights (SDR) system as we know it, which we can still see the traces of. After each crisis, this currency basket system became further damaged, and eventually was switched to a floating exchange rate system.However, no matter what happens, the relationship between supply and currencies continues. Therefore, the central banks' statements, the U.S. Federal Reserve's (Fed) discourse on raising interest rates and questions as to whether monetary expansion will continue are the most important building blocks of everyday financing. And even if these structural stones sometimes become bubbles and sometimes represent only a state-issued piece of paper, they have assurance and continuity. And this represents investment, procurement, transfer and capital.

But can bitcoin, a virtual currency that does not yet have an established deposit assurance in exchange for it, which most central banks and governments have declared war on and its use has been subject to penalty in some countries, represent the capital of a company in the U.S. or the Netherlands in the next two years? Which system will be able to oppose ethereum, litecoin, tether or ripple, the trade volumes of which have become just as impactful as bitcoin, even if bitcoin's mining was halted in this vicious cycle where its current daily trade volume has reached $13 billion?

Psychology, among the other social sciences, is an indispensable element in basic economic movements. Since human activities determine demands, the basic approaches of people in the continuity of supply have always been a critical field governments have followed closely. Just as when all citizens go to the bank and start withdrawing money, the system collapses, groups that start to move outside of conventional instruments become the biggest enemy of the system. And most central banks and major institutions continue to work at their own pace to integrate into blockchain payment systems and create their own pure cryptocurrency applications.

It is good to see what is happening in the cycle between circles trying to keep the existing system alive by propping it up with sticks and circles that are ready for change. Nobody can willingly say yes to a system that would especially distract people from conventional banking activities just yet, but the best part about opening a bitcoin account is that you are not asked to provide identification, the procedures are fairly short and the source of money is not questioned.

Joseph Stiglitz, a Nobel laureate and former International Monetary Fund (IMF) economist, as well as other prominent figures' explanations on the subject have actually been the precursors of this.

"One of the state's primary tasks is to create a currency. Whereas bitcoin is just a bubble, just like those of its kind. It also does not make any sense socially. For this reason it should be immediately banned," Stiglitz said.

Meanwhile, Turkey's Central Bank Payment Systems General Manager Mustafa Okay said: "These technologies are inevitable. Different countries around the world are still working on it and taking some precautions. It can't be directly forbidden, nor left completely free. We have started research on digital technologies and virtual currencies with the central bank and related institutions."

However, the Religious Affairs Directorate of Egypt deemed bitcoin "contrary to Islamic rules," citing that the cryptocurrency is not connected to any central authority, carries the risks of "forgery, disinformation and fraud" and causes harm to individuals, groups and institutions.

Shmuel Hauser, president of the Israeli Securities Authority (ISA), said that he will ask for companies focusing on bitcoin and other cryptocurrencies to be banned and that firms whose main business is based on digital money not be allowed and their transactions be suspended.

And lastly, trading in and using all cryptocurrencies is now illegal in China because of the many incidents of fraud that originated from the Chinese central bank's public offering of digital money.

As can be seen, governments are now at war with cryptocurrencies. But can this be prevented by legal regulations? The greatest risk of using cryptocurrencies is the view that they must be banned by governments, as these currencies are open to illicit money transactions. But will they be bought by the public?

• Central banks have yet to adopt a regulation against cryptocurrencies. Therefore, they will have no say in determining supply or pricing. President Mario Draghi underlined that the European Central Bank would not work toward prohibiting cryptocurrencies in the short or medium-term. He also said that this was not among the tasks of central banks, bringing a new and radical initiative.

• That central banks are trying to create their own cryptocurrency despite their harsh discourse and stance against them is the biggest influence raising question marks. Just two months after Israel announced that it would not allow bitcoin in stock market transactions, an Israeli central bank official told Reuters that they were "working on our own cryptocurrency," acting as a clue that the future will be built on cryptocurrencies.

• As mentioned above, money supply and interests are based on system control and inspection. States want to have their own fingers on the button if an explosion is to occur. Sure enough, investors who knew this continued to exaggerate the demand, causing bitcoin to increase $900 in a year. Even if there is no basic financial information, the factor pricing bitcoin is exactly the question of whether it will continue to rise. Bitcoin's pricing now depends on psychology rather than economics, and this may be the biggest and most exciting bubble ever.

We do not know if we are ready for great trauma between the freedom of investing on an individual basis and governments' responsibilities to their citizens. No one seems to have any intention of taking a step back after all of this. Changes and radical decisions are painful, and that is exactly what is happening now.