Did Assad gain what he wanted in Syria? 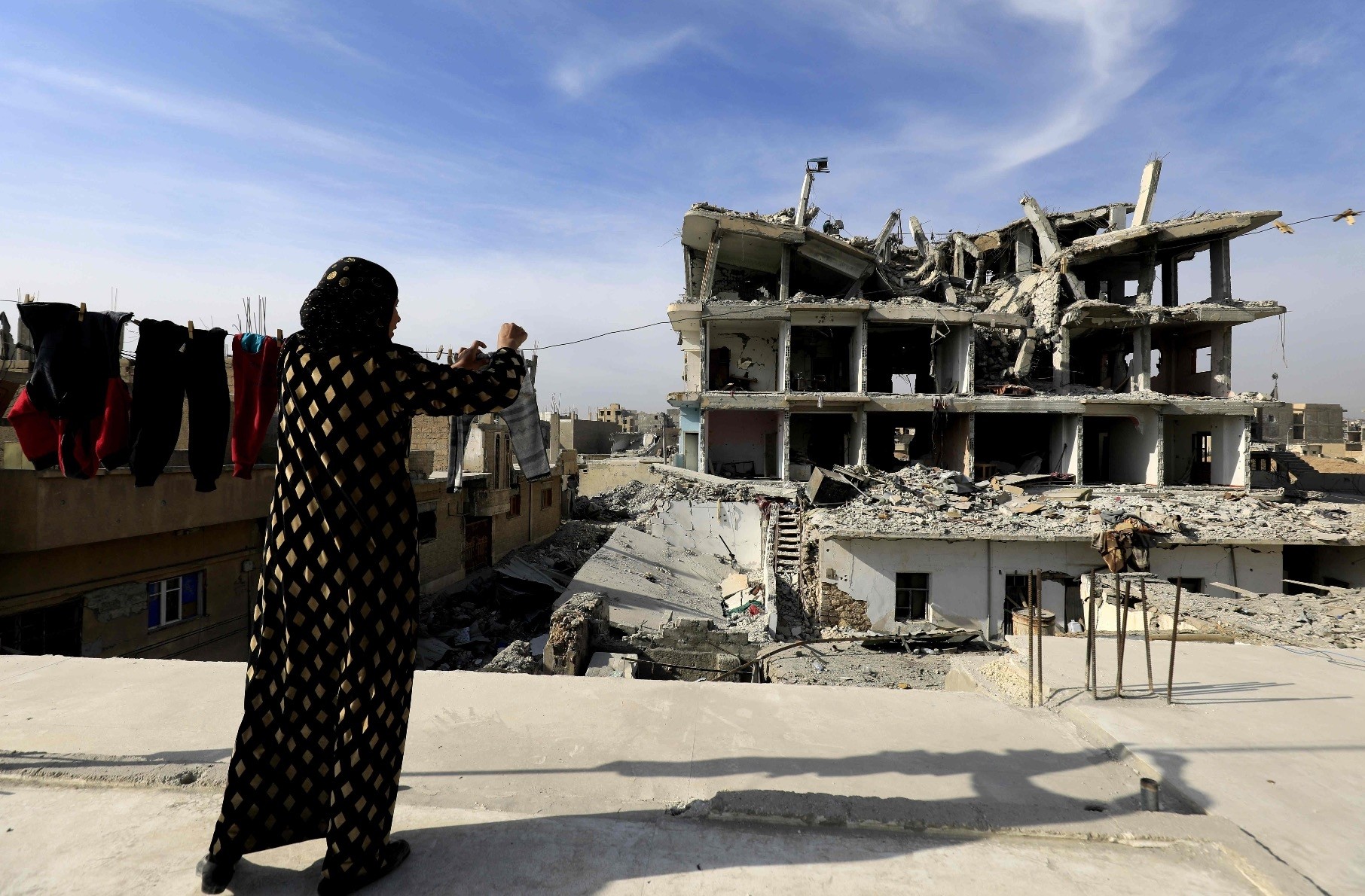 Syria's social fabric has dramatically changed, having experienced more than six years of civil war. Almost 500,000 people have been killed and more than 10 million have been displaced since 2011. At the very beginning of the war, people were demanding reforms, but by refusing to pay heed to their demands and quenching peaceful protests, Bashar Assad created a vacuum in the country that was filled by Daesh, al-Qaida and other radical groups. Assad said the economic siege imposed by the West is making the humanitarian crisis worse, but what about the humanitarian crisis caused by Assad, while regime powers were using chemical weapons on innocent civilians more than two dozen times?

Inevitably, the worst effects of the war are conspicuous for the victims who were exposed to deadly sarin gas attacks on opposition-held towns. Despite all these malicious offensives, Assad remains in power, shuttered but unmoved. Assad's regime has proved so far impossible for the fractured opposition to topple and his rule looks to set to continue. Because the war destroyed so many lives and reshaped the international political order, it is understandable to view it as a catalyst for ever-changing war dynamics. World powers' priority has shifted to supporting refugees and displaced people and stamping out Daesh terrorists in the region. Taking into consideration the overall results of the war, it is not so easy to answer the tricky question of how Assad is winning the war. The reality seems pretty obvious, as whoever wins, it will be Syrian civilians who have suffered the most.

Assad believes he has won

Assad has reason to believe that he has won in his country. Russia backed him with airstrikes and Iran with Shiite militias until much of the opposition fell to their knees and gave up fighting against him. Even though there are still opposition-held pockets in some territories, they were unable to make any substantive progress, which means Assad is still in the power as a victor of the war. Beyond any doubt, the turning point of the war was the Russian military intervention in 2015 and Iran's incremental Shiite militia support, which tipped the balance in Assad's favor. Without the help from Hezbollah, Russia and Iran-led militias, Assad could not maintain his hold of territory let alone recapture all the country.

Even though Assad remains in power, he will be ruling a completely different society, a nation divided by monumental violence and huge international pressure. When the current map of Syria is envisaged, the fragmentation of the map is an obvious sign of distorted territorial integrity. Syria has distinct territorial dominions whereby each of them constitutes separate sovereignties. In addition, the borders of these separate sovereignties are fluid and obscure where inter-group conflicts are still notable.

Things are getting challenging

It is true that the Assad regime is gradually recapturing more of Syria with help from Iran and Russia, but nevertheless, some significant holdouts cannot be overlooked. The Syrian Democratic Forces (SDF), supported by the U.S., hold 25 percent of the country and 50 percent of its oil. Idlib next to the Turkish border has become a safe haven for Hayat Tahrir al-Sham (HTS). One thing that is certain is that while things are getting challenging militarily, Assad will try to get back these significant regions whether through negotiations, hopefully, or hard power in the near feature. On the one hand, Assad has gotten a great advantage due to the U.S. having withdrawn its military support from opposition groups, and on the other, the U.S. wants to gain leverage by activating the Geneva peace talks, which are literally its own initiative. So far the Geneva talks have failed to constitute an effective platform to pressure Assad to leave his position.

There are two significant predicaments that should be raised while talking about whether Assad has won or not. One of them is the inconvenient political atmosphere. Currently, opposition groups are unable to agree on speaking with one voice, and as such they do not support each international effort to find a political resolution to the crisis. For instance, based on a statement from around 40 opposition groups, they reject participating in Russia's planned Sochi conference, saying Moscow is seeking to bypass the Geneva peace process. The other one is an obvious legitimacy problem among the moderate opposition and Syrians. The dynamics and actors on the battlefield have changed a lot such that the opposition on the ground does not represent the original protesters at all. The vast majority of Syrians do not identify themselves with armies fighting on the government side or the opposition groups. After more than six-and-a-half years, real dialogue is still being rejected by both the regime and the opposition amid the increasing number of dead and mounting exodus of refugees.

The Syrian people end up as the losers

Given that preferences of political and military actors battling on the ground is a mixed bag, Assad will avail himself of conflict of interest among opposition groups in the near feature. Some of the pundits believe that EU countries and the U.S. could possibly persuade the Assad regime to implement political concessions and reforms on condition that they provide funds for reconstruction. Nevertheless, this bona fide anticipation seems unrealistic due to the fact that Assad has not accepted such a proposal before. In the near feature, Assad will insist on occupying his current position. The answer to who will win in Syria, is the regime in the near feature, but this does not mean the regime is bound to win the future of Syria in the long haul. While corruption, malpractices and poor living conditions have increased enormously, the social fabric of Syria is not convenient to carve out a better future. Whoever wins in Syria, the ultimate loser of the agonizing war is the Syrian people who have been forced to leave their homes to find safe havens around the world.