Can the EU afford to ignore the PKK threat to society? 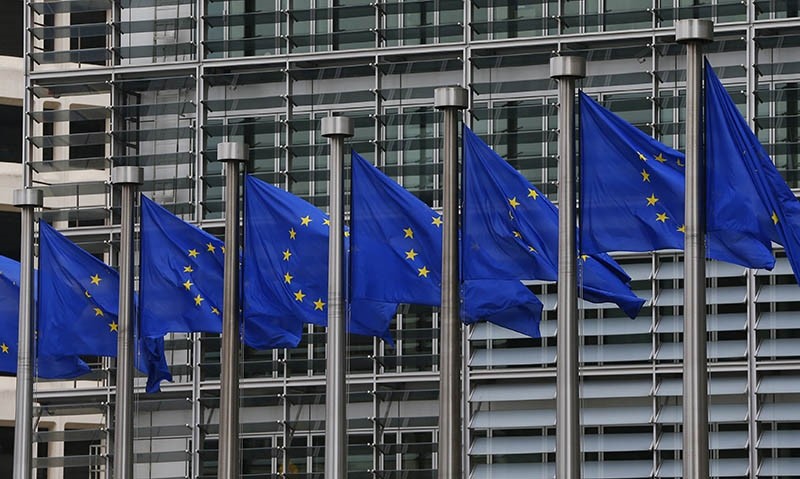 In recent days, it has become the usual thing to read about attacks by the PKK terrorist group's supporters on Turkish community establishments in European cities.

In these violent attacks, whether in Germany, the Netherlands or Belgium, buildings belonging to the Turkish community mostly receive material damage. At first sight, the damage to the properties, including mosques, may not seem to be a big deal or threat to society at large. It may be evaluated as a regular crime – vandalizing private property – and dealt with through necessary legal procedures, case by case.

However, when the roots and motives of such attacks are examined, it is not possible to ignore the fact that they are only symptoms of a bigger problem with numerous underlining causes, and that it is a dysfunctionality that requires proper diagnosis, and ultimately must undergo effective treatment before it spreads and causes more complicated disorders in European society.

One of the first issues that must be resolved is the EU's stance on the PKK, a group that is recognized as a terrorist organization by the 27-member bloc, and where it puts the terrorist group. This is an important issue, because there seems to be a disconnect between the EU laws, politicians and leadership and the execution of laws or actions taken by the leaders of EU countries against PKK activities across Europe. Such divergence, between the talk and the walk is necessary to be recognized because it is precisely this gap between words and actions that allows PKK followers to hold rallies and other events in European cities freely. Moreover, it is perhaps this gap that makes PKK supporters find encouragement to carry out their violent attacks on centers built by the Turkish-European community, putting people's lives at risk. Of course, it should also be noted that while there are courageous EU politicians who denounce PKK terrorism and ideology, there are those who also ignore what the PKK has done in Turkey for nearly four decades, and even those who support the group.

Secondly, the question should be asked whether the EU leadership or heads of individual member states are aware of the danger the PKK poses to their societies or in other words, if they can ignore an inter-community, i.e., PKK supporter-Turkish-European community, disorder that has been escalating recently. It should not be forgotten that that there are already several racial, religious, and ethnic clashes that have been haunting European societies, awakening the specter of fascism that haunted Europe many years before. While European societies are already occupied with clashes between migrants and nationals, do they see the danger of a more complicated problem that can be caused by PKK attacks on the Turkish-European community?

Aside from the tensions between communities, these attacks and the freedom given to the PKK can also further weaken the larger social cohesion, triggering problems in other parts of society. In addition, the ignored PKK threat in EU cities will no doubt have effects on the daily economic activity of an average EU citizen, as shoppers could stop going out knowing that clashes could take place during a rally by a group supporting a recognized terrorist group. According to the Express newspaper in North Rhine-Westphalia, a recent PKK rally cost the city of Cologne millions of euros as it negatively affected normal shopping activity. According to a report by Philipp J. Meckert, shopping decreased 25 percent in the city as shops were closed because of the PKK rally, which the German police intervened in only after protesters branded banned PKK symbols.

The protesters shouted slogans opposing Turkey's ongoing military operation against the PKK-affiliated Democratic Union Party's (PYD) People's Protection Units (YPG) militia in northwestern Syria, and called on Berlin to stop arms sales to Germany's NATO ally. The question should be asked if Germany, as a PKK safe haven, can afford such disruptions to its social cohesion in the long term.

Previously, EU countries largely ignored PKK activities, as they saw the group as one that represents Kurds in general, despite being on its list of terrorist organizations, while using the Kurdish card as leverage against the Turkish government. Also, it is no secret that the group had used weapons made in Europe against NATO member Turkey, which is also an EU candidate country. Moreover, they also thought that PKK terrorism was confined to Turkey, and that it will remain to be so in the future.

Now, however, we see that PKK terrorism has a trans-border function, and is able to carry out its activities from several countries at once. This reality makes it a terrorist group that is a problem, not only for Turkey or Turkish citizens, but it is also a threat to any country that it is able to establish activities, and Europe is no exception. In fact, the EU not acknowledging the PKK threat to its society has made the continent a fruitful environment for the group, where it is able to freely recruit members to join its armed lines, carry out financial activities, organize itself administratively and find political support.

Indeed, EU leadership is not blind to the group's organizational activities in European cities, as they are not unfamiliar with the group. Yet, so far, they have not taken concrete actions against them, creating a gap between their rhetoric, which supports Turkey's fight against terrorism, and what actually happens on the ground. Until now, they may have thought that the PKK is only a threat that only keeps Turkey busy.

However, the recent attacks that occur almost daily in their societies should ring the bells for EU leadership to re-evaluate their positions on the terrorist group, whose fight with the Turkish state has caused the deaths of approximately 40,000 people in the past four decades, and make law enforcement begin tackling the PKK as a problem that will complicate the social order if ignored.