What difference can Sochi summit make for Syria's future? 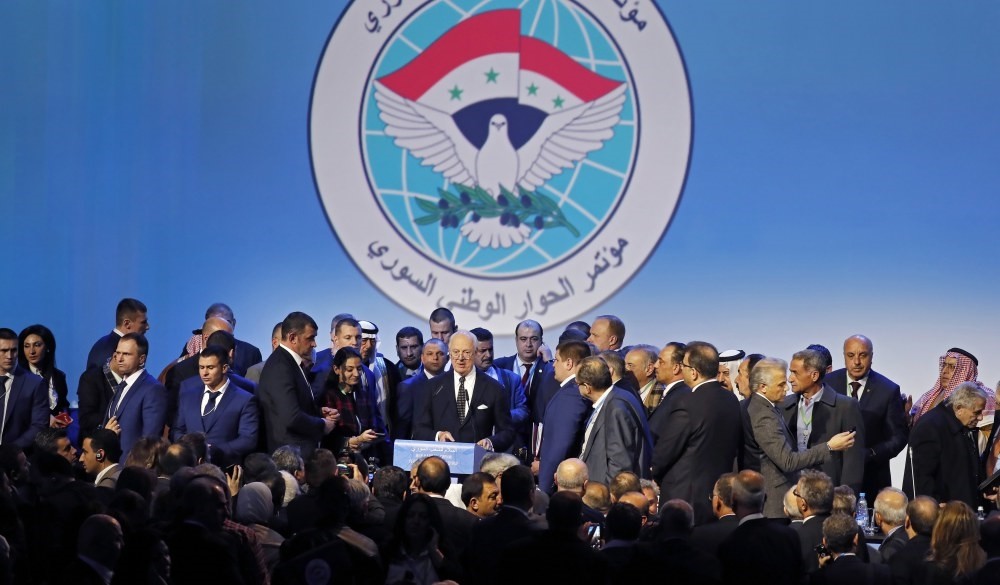 The Syrian National Dialogue Congress met in Sochi on Jan. 30. The congress took shorter than planned, and some opposition groups that were expected to join refused to participate in the meetings at the last minute. There were both internal and external pressures on the groups that were willing to participate in the summit. Overall participation in the congress was much lower than expected, and the U.S., France and the U.K. boycotted it. Despite the unexpected negative developments, the congress ended with a decision to form a constitutional council. The main questions remaining are whether Russia will facilitate a fair process and how the efforts in Sochi will be integrated into the ongoing Geneva peace talks to find a political solution to the Syria civil war under United Nations Security Council decision 2254.

The political roadmap and process were not clearly outlined in Sochi. This was Russia's first serious effort to bring the main opposition groups in Syria together with the regime, but the opposition players that appeared in Sochi failed to represent the armed opposition in the field. Turkey definitely played an important role in convincing some opposition figures to participate in the congress. After the opposition's decision not to participate, the Turkish delegation took on its representation.

Some opposition groups do not believe that Russia can act as an honest broker in the political process. Russia is not neutral in the ongoing conflict, but no influential actor is neutral in the Syrian civil war, either. What is expected from Russia in the political process is to put pressure on the regime and constrain the regime forces' inhumane activities in the field. Ongoing shelling of civilian areas are the greatest obstacle to building trust. If Russia really wants to be effective in the political process and convince opposition groups of its fair involvement, it needs to immediately stop bombing civilian areas and prevent the regime from conducting these airstrikes, as well.

For the international community, the main concern related to the Sochi congress is how to synchronize these efforts with the ongoing efforts in Geneva. The Geneva talks have not been as effective as expected in the ongoing fight in the field, but the entire process was inclusive, and it created a framework for the involvement of relevant regional actors as well as major powers. If the Sochi simmit wants to sideline all those actors, it may face resistance and be stillborn. U.N. Special Envoy to Syria Stafan DeMistura also participated in the Sochi summit, and he will chair the constitutional council. Many opposition figures and their supporters are concerned that Sochi may undermine the whole effort of the Geneva talks. Despite the record of failures, the Geneva peace talks managed to consolidate the political actors and maintained the diplomatic track of the Syrian opposition.

There are two main views about the Sochi summit. In particular, the Higher Negotiations Committee was concerned that it might replace Geneva and sideline them on the political track. A more optimistic view evaluated Russia's involvement in the diplomatic process as a positive step because Russia has important leverage on the regime. Any sustainable political process should include Russia as a key partner in the process. Sochi is also connected to the Astana talks between Turkey, Russia and Iran in which these three players stood as the guarantors of de-confliction zones. This will be an important opportunity for Russian authorities to demonstrate their diplomatic skill to manage a very complicated regional crisis where they are clearly associated with one of the parties to the conflicts.

Russia failed to play a major constructive role by contributing to regional order and peace in the international arena in the aftermath of the Cold War. Russia was always perceived as a spoiler in the U.N., U.S. and international organizations' regional diplomatic initiatives and peace efforts.

Russia's international competitors are looking forward to seeing the Sochi summit as one of the failures in the string of peace initiatives. Russia definitely has some incentives to turn Sochi into a success story.

If Russia tries to translate its military gains in Syria into diplomatic and political gains, they are destined to fail sooner or later. Russia's analogies related to Chechnya-style settlement may not work in Syria. If it tries to formulate a more comprehensive, encompassing plan for the key parties in the conflict and formulate an acceptable political roadmap, it may manage to keep the opposition on track and maybe convince it to accept a political settlement. So far, Moscow has demonstrated its military might and coercive force in the Syrian field on the side of a regime that has massacred hundreds of thousands of its own people. Bringing the opposition to the table and convincing them of the prospect of a diplomatic settlement necessitates different diplomatic steps. One critical issue for political settlement is that while the Russian side seems to be strong enough to accept political concessions against the opposition to reach an agreement, the regime is very weak without the external support of Russia and Iran. It is now Russia's responsibility to put pressure on the regime and push it for a political settlement with the parties that it fought with in the past several years.