Nile crisis: The challenge of sharing the world's longest river 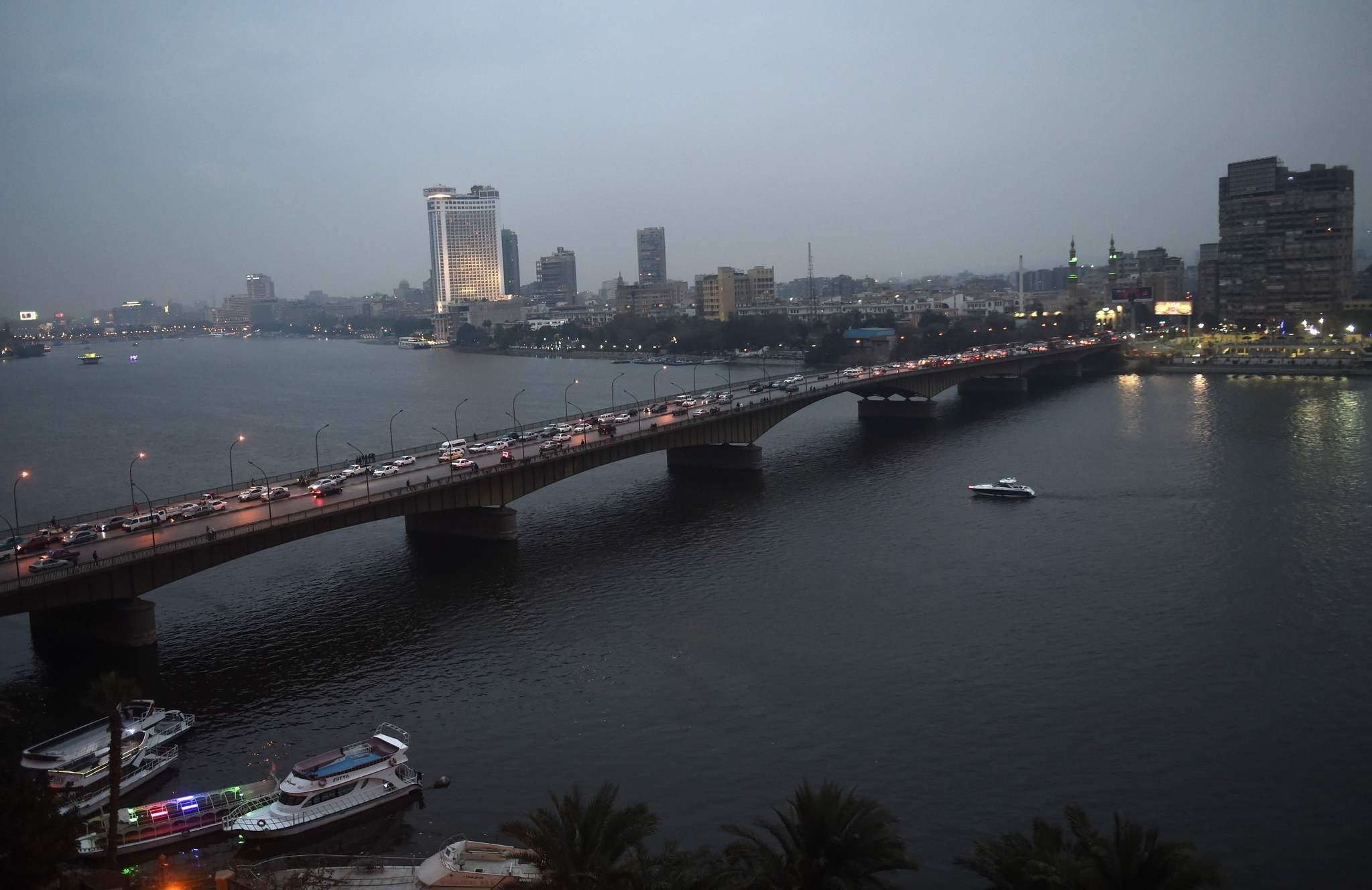 Egypt, Ethiopia and Sudan are at loggerheads over sharing the Nile's water. Recently, the three countries failed to reach an agreement on the impact assessment of Ethiopia's Grand Renaissance Dam (GRD) – a controversial project Ethiopia has been building since 2011 to create electricity. At 6,850-kilometers long, the Nile is world's longest river, providing valuable freshwater for agriculture, domestic use and industrial proposes to both Egypt and Sudan. Eighty-five percent of the water comes from the Blue Nile, which has its headwaters in Ethiopia, while the remaining 15 percent come from the White Nile from Lake Victoria. Both rivers meet in the Sudanese capital of Khartoum.

In April 2011, Ethiopia started building the GRD in the western edge of the country close to the border with Sudan. It is the biggest and most expensive hydroelectric project in Africa. With a price tag of almost $5 million, the dam, once completed, will generate 6,450 megawatts of electric power that can power about 6 million homes. Ethiopia argues this ambitious project will serve 73 percent of its 102 million people who have no access to electricity. It also contends the dam would be a cornerstone of its plans for economic development.

The Nile is Egypt's primary source of freshwater for irrigation, agriculture and domestic use. It provides approximately 90 percent of the country's water supply and almost 99 percent of Egypt's 95 million people live along its banks. It is fair to say that Egypt's glory could not have existed without the Blue Nile.

Cairo claims Ethiopia's GRD will harm its access to the Nile and would harm the environment. For Egypt, this is a disaster in the making and has deteriorated relations with Ethiopia. Some Egyptian military officers suggested bombing the GRD over the years to impede its construction. Mohammed Morsi, Egypt's deposed president, once threatened war with Ethiopia, saying: "The lives of the Egyptians are connected around the Nile. If it diminishes by one drop, then our blood is the alternative." President Abdel-Fattah el-Sissi, the leader of the coup that ousted Morsi, has also warned that the Nile is "a matter of life and death" for his country and that "no one can touch Egypt's share of the water." However, Ethiopia insists that the project will have a positive effect on regional water security.

Egypt's supremacy over the Nile was legally guaranteed by the colonial-era water agreements of 1929 and 1959 with Britain. It earmarked 55.5 billion of the approximately 88 billion cubic meters of water that flow down the river each year to Egypt – a figure other Nile nations say is unfair. However, the problem is that Ethiopia did not sign and never recognized these agreements, and this has become the single most contentious dispute between Cairo and Addis Ababa. In fact, Ethiopia's position was highlighted by its former Prime Minister Meles Zenawi, who once said: "While Egypt is taking the Nile's water to transform the Sahara Desert into something green, we in Ethiopia – who are the source of 85 percent of that water – are denied the possibility of using it to feed ourselves."

Both parties sought to resolve their differences with the international practices of the Helsinki Rules on the Uses of the Waters of International Rivers of 1966 However, interpretations of the Ethiopians and Egyptians conflicted with one another. Cairo insists that the dam is contrary to Article X of the Helsinki Rules, which states, "A state must prevent any new form of water pollution or any increase in the degree of existing water pollution in an international drainage basin which would cause substantial injury in the territory of a co-basin state." Addis Ababa cites Article IV of the accord to support its position: "Each basin state is entitled, within its territory, to a reasonable and equitable share in the beneficial uses of the waters of an international drainage basin." In another attempt to find a solution, a larger legal framework was established in 1999 by the riparian states, including all the basin nations to resolve the dispute. After decades of talks, however, participants have failed to agree on legal terms regarding the share of the water.

In 2015, Egypt, Sudan and Ethiopia signed a declaration of principles to resolve their disputes. Under this agreement, Egypt no longer opposes the construction of the dam, and the current dispute focuses on the technical terms, i.e., how fast Ethiopia fills the dam's reservoir, which, with a storage capacity of 74 billion cubic meters (bcm), equals the shares of Sudan and Egypt combined. The faster Ethiopia fills the reservoir, the faster it can reap the benefits of the project. However, Egypt wants the filling process to span 15 years.

A study by Cairo University shows a three-year fill would deprive Egypt of 30 bcm and six years would reduce 15 bcm of water. This means that Egypt will lose half of its farmlands for three years, while six years causes the loss of 17 percent of cultivated lands. Another study estimated that for every reduction of 1 bcm of water, Egypt would lose around 200,000 hectares of farmland, affecting the livelihoods of 1 million people. These are truly unpromising projections for the 35 percent of Egypt's workforce employed in agriculture.

To address this issue, Sudan, Egypt and Ethiopia established a trilateral committee to study the repercussions of the dam. The committee chose two French firms to conduct a technical assessment of the environmental, economic and social impact of the dam on the downstream countries of Egypt and Sudan. The committee's study was released in August 2017, but it caused divergences. Every side tried to direct the research findings for their own gain. Cairo wanted the results to prove the negative result on Egypt's water security, Ethiopia wanted to change the results to depict positively that the dam would contribute to regional security. Sudan raised questions on mechanics to measure its share of water distribution. Sudan is more positive than Egypt, believing the dam will increase its irrigation and agricultural output.

As a result, in November 2017, Egypt abandoned its position and proposed to exclude Sudan from the negotiations. It also pleaded to the Arab League, the World Bank and the U.N., but none of them had an impact. Egypt has no leverage over Ethiopia and the construction of the dam continued. Now, about 70 percent of the dam is complete and it is expected to be commissioned in October, 2018. For Egypt, the dam is just the beginning of many other major projects that Ethiopia is planning along the Nile. At least 22 rivers originate in Ethiopia, which grants Addis Ababa a geopolitical advantage in the region.

On Jan. 29, 2018, the leaders of the three countries met in Addis Ababa on the sidelines of the African Union (AU) summit. They reportedly directed their respective energy ministers to draw up ways to break the deadlock over the dam within a month. As this deadline nears, there are several options for a sustainable solution. First, rather than a direct confrontation or protesting, Egypt can take a different stance by decreasing its dependency on the Nile and building water treatment and desalination plants on the Mediterranean and Red Seas. Second, to negotiate a compromise, not on the dam, but for future projects, Egypt has to compensate Ethiopia for its loss on hydroelectric power generation. This could be accomplished by seeking loans from the World Bank and Saudi Arabia to fund the construction of solar power plants in Ethiopia that could substitute for electricity generation from the dam. Third, through institutionalizing its relations with sub-Saharan African countries, Egypt has to invest in Nile basin countries, including Ethiopia, which will grant Cairo influence in those countries. Fourth, Egypt has to come to terms with Sudan – its historical ally that is now backing the dam project – by settling its territorial dispute over the Halaib Triangle. Fifth, while utilizing its natural endowments, Ethiopia should not try to capitalize at the expense of others who also depend on its natural resources and should fill the dam slowly.

Last but not least, all parties can look to Turkey for a solution. Water resourceful Turkey has experience in water desalination technology and has supplied water to other countries, including Cyprus, Gaza and Israel. Ankara maintains excellent political and economic relations with both Ethiopia and Sudan. Besides having different views on the future of the Middle East, especially regarding the Arab Spring, Turkey and Egypt also share long historical, cultural and economic ties. Therefore, Turkish mediation could not only solve the Nile dispute, but could also serve as an opportunity for rapprochement between the two countries.