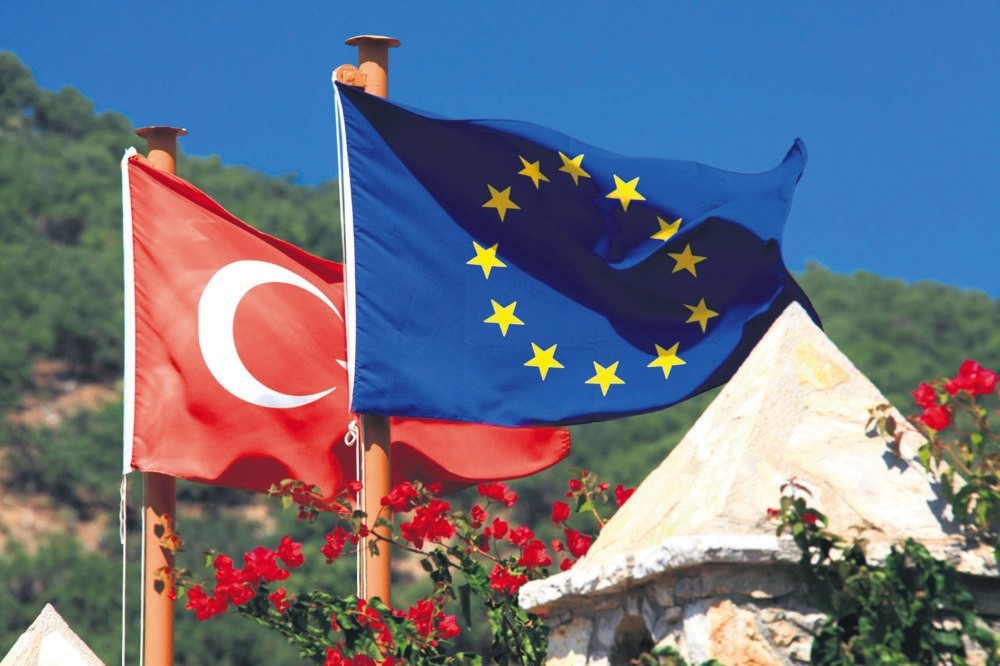 I would like to begin by sharing my observations from a visit to European Parliament between Feb. 5 and Feb. 8 as part of the Turkish delegation to the Turkey-EU Joint Parliamentary Committee (JPC). For nearly three years, the JPC could not hold its meetings. Needless to say, it was because of the negative atmosphere in Europe regarding Turkey. This committee serves a critical function in Turkey's EU membership process. It evaluates contacts at the leadership level along with negotiations between the EU and Ankara and tries to facilitate the harmonization process.

Sadly, however, the negative atmosphere has affected this committee, as well. The two parties failed to somehow agree on meeting agendas. Unfortunately, instrumental approaches by our Greek Cypriot and Greek counterparts prevailed in that. This is acknowledged by many European Parliament members, too, who also complain about it. It was not an official meeting of the JPC. Rather, it was conceived as a goodwill visit to pave the way for future official meetings. In this respect, the meeting can be considered has having been successful. We hope to hold the meeting in Turkey soon, unless new unilateral demands do not emerge.

We held very intensive bilateral and multilateral meetings during the visit. My overall impression is that a toxic atmosphere predominates across Europe concerning Turkey. It is far from being realistic and it is dominated by prejudices, fears and anger. Despite all, however, deputies are well-intentioned and pro-dialogue. Nevertheless, they expect their own views on every issue to be accepted and acted upon. On the other hand, pro-Turkey deputies are intimidated, so to speak. The negative atmosphere has become so overwhelming and common that expressing a different view is considered almost scandalous. I think this is a serious problem with regard to democracy.

Together with JPC Co-Chair İsmail Emrah Karayel, we all tried to explain how misleading this is. It is one thing to discuss the problems in Turkey, but it is another to regard Turkey as categorically evil and ostracize it. Indeed, the first is always a requirement that would continue even after gaining EU membership. There is no problem with that. The EU is having a lot of trouble inside itself and it is taking measures and decisions regarding member states. But seeing a country as categorically evil and claiming that everything there goes badly should not be the EU's job. No objective result would come from that.

In fact, everyone is aware of Turkey's importance. Deputies who support Turkey's membership bid enthusiastically want to see that toxic atmosphere surrounding Turkey disappear. But the problems they put before us reflect perceptions that are more or less similar to those of others. And the anti-Turkey groups are quite happy with the situation. They already want ties severed. We have reiterated that we do not have any hesitation about Turkey's EU membership and that we have not moved away from this objective. Indeed, in an interview with the Italian newspaper La Stampa, President Recep Tayyip Erdoğan restated this determination and expectations:

"We want full membership in the EU. We won't accept any other solution. I call on the EU to remove the artificial obstacles to our membership and to be more constructive. Internal politics should not stand in the way of the accession process."

Some of our European colleagues also accept the existence of serious double standards regarding Turkey. However, they ascribe this rather to the EU's pluralist democratic nature. They say that it is up to Ankara largely, and that leaders cannot have the last say within mechanisms like European Parliament since issues are debated and decisions are made through complex processes. Centrist politics weakened in Europe and have even collapsed in countries like France, directly affect the EU. Far-right and far-left groups are becoming stronger in this environment. The 751-seat European Parliament adopts most resolutions with the participation of only 30 to 50 members. But we see broad participation of marginal, anti-Turkey circles during parliamentary sessions concerning Turkey. In this case, a small minority shapes the entire bloc's decisions. Perhaps this represents an effort to minimize the internal divisions by agreeing on an anti-Turkey stance. This is the situation, at least for European Parliament.

The March visit Erdoğan will visit to the EU in March. Issues like how to overcome these double standards and how to break the deadlock will be on his agenda. In such circumstances, civil society can make a huge difference if it steps in. Contacts between nongovernmental organizations from different fields and EU institutions and parliamentarians can help dispel a lot of misinformation.

It is obvious that there is a difficult relationship between Turkey and the EU and that immediate improvement remains unlikely. Ankara has already had a quite lengthy membership process. Turkey has overcome many problems the EU has put before it in the past. That is not even mentioned now. Circumstances may take totally different turns within a few months or years, so it is not reasonable to draw conclusions by focusing on certain moments in a long-term struggle.

Naturally, the issue of Turkey's operation in Afrin was particularly raised before us throughout the visit. That the Democratic Union Party (PYD) of Syria and its armed People's Protection Units (YPG) are one and the same with the PKK is either ignored or dismissed in Europe. The claim that the YPG is a secular group fighting Daesh is the dominant opinion. Amid an intensive disinformation campaign, that the YPG has launched nearly 700 mortars and rockets at Turkish border towns in the last two months and killed a child in their sleep was dismissed once again. As our delegation members have reiterated, using one terrorist group – the YPG – to fight another – Daesh – is wrong, and it is rather Turkey that is the most effective and legitimate partner for this. We said that Operation Olive Branch is not against Kurds, but is intended to protect them, that Daesh is used as a master key to create a "terror corridor" and that the YPG engages in violent demographic engineering in the region.

Meanwhile, a resolution on Turkey that was to be voted on in European Parliament on Feb. 8 was being negotiated when we were there. We had a chance to see its initial version. It was a total disaster. We, along with Ambassador Faruk Kaymakçı, Ankara's permanent representative to the EU, exerted much effort on this. Although the resulting resolution is equally unacceptable for Turkey, changing its preliminary version has prevented a deeper crisis between Turkey and the EU.

Of course, it is rather easy for some in Europe to make remarks about Turkey from the safety of their easy chairs. I am sure that if even a fraction of what Turkey went through had happened to any member of the EU, they would have declared a permanent state of emergency. There is a Turkish proverb: Fire burns where it falls. But empathy should not be dismissed so much. The EU does not need to go through what Turkey has in order to understand and support it. This is partly a political choice.

At least Ankara has made serious progress in getting them to recognize that the July 15 coup attempt in 2016 was staged by the Gülenist Terror Group (FETÖ). Still, however, they fail to realize how big, complex and severe a problem it is. They say they cannot come to think the coup was plotted by a group in the Turkish military and cannot understand the mass detentions, arrests and dismissals.

Turkey should intensify the information campaign on the issue. Europe is not composed solely of Turkey's opponents. There are a lot of sensible people, too. They have difficulty understanding a situation that they have not experienced. Perhaps it is because their history began in 1945. The selective amnesia from 1945 onward makes it hard for them to understand Turkey's troubles.

Nonetheless, I believe that relations will improve and Turkey's rightful struggle will be recognized over time. Of course, Ankara should do its part as well. But there is no doubt about it that Turkey has made many reforms, even under its current state of emergency. In addition to transferring the control of the gendarmerie to the Interior Ministry, it also brought civilian domination in the National Security Council (MGK). In short, dialogue should be maintained no matter how difficult it is.