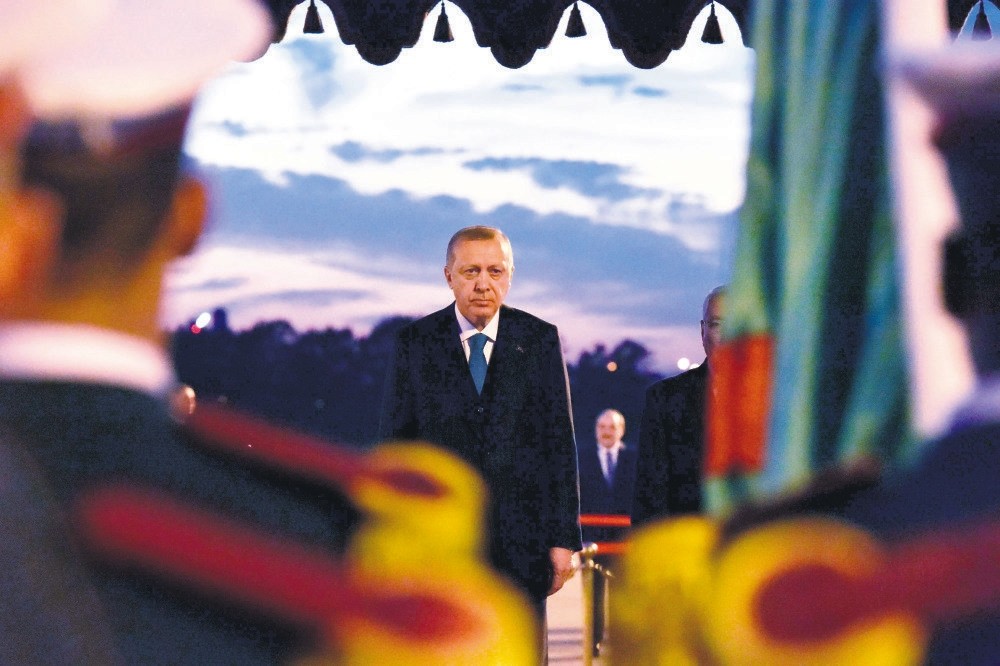 Turkey's opening action to African countries in 1998 was a significant step in its bid to re-establish its ties with Africa. Due to circumstances primarily related to the political and economic climate in the country at the time, the policy was not implemented. Ultimately, after the 2002 election in which the Justice and Development Party (AK Party) won full power of government, the process launched by the previous administrations was relaunched.

Since then, Turkey's relationship with African countries has been at its highest level with a significant increase in the number of high-level, reciprocal visits between officials from Turkey and African countries. Through this rekindled relationship, there has been arguably stronger collaboration between Turkey and many African countries as compared to traditional developed countries. The year 2005 was devoted to the establishment of strong ties between Ankara and Africa - an effort that led to Turkey earning observer status in the African Union. Furthermore, the first ever Turkey-Africa cooperation summit was held in Istanbul in 2008 with the participation of representatives from 50 African countries. In the same year, Turkey declared its strategic partnership with the continent at the 10th African Union summit.

Indeed, that unparalleled success caught the global attention, and most importantly, the factors for this success to be analyzed. Economy and trade have been suggested as the motivating factors behind Turkey's outstanding partnership with Africa. However, I am of the opinion that Turkey's collaboration with Africa is successful as a result of three intertwined, hidden factors.

Although the importance of economic and political inspiration from the success of this partnership is undeniable, there are unseen incentives that have been significant to the achievement of this relationship and its sustenance. Historical connection remains a key feature with regard to the achievement of this tremendous ongoing relationship as an unseen foundation on which it has been built. Turkey's historical connection to the continent has been divided into the areas of North Africa and Sub-Saharan Africa. With the fact that North Africa was viewed as Turkey's near border due to the fact that most countries in that region were once part of the Ottoman Empire and were largely familiar. Approximately from the 16th century until its end in 19th century, the Ottoman Empire had close relations with North Africa and tangible, if less profound, relations with Sub-Saharan territories. The Ottoman Empire ruled over Egypt, Tunisia and Algeria and played a significant role in the defense against the Spanish in North Africa by providing military support.

Countries in the Sub-Saharan region, including, Eretria, Somalia, Djibouti, Sudan and Chad, were also, at various points, under the Ottomans control. Furthermore, it helped some of these countries defend their land against external incursions. For instance, it assisted Somalia in the 16th century when the Portuguese wanted to invade. As a matter of fact, this has helped the Turkey's collaboration and cooperation with African countries reach a level that has caught the attention of the international political arena. Shared values and identity was a staple component of the Ottoman Empire's presence on the continent, particularly in Muslim-majority countries.

Arguably, the contemporary flourishing relationship between Turkey and African countries, and most importantly, those mostly practicing Islam, are conducted along these lines. These shared values and identity have formed a sort of cohesion and a sense of solidarity between Turkey-Muslim African countries. In addition, Islam teachings clearly mention the concept of mutual understanding and unity both with Muslims and non-Muslims. The Quran teaches Muslims unity and harmony and, most importantly, emphasizes it strongly: "And hold fast, all of you together, to the Rope of Allah, and be not divided among yourselves." (Surah al-Imran, 103)

Most certainly, the prophet accentuates unity, solidarity, love and fraternity among Muslims and somewhat with non-Muslims. He compared the Muslim community to one human body, as when even a single part of that body suffers for any reason, the restlessness is felt in all other parts of the body. Indeed, that shows how much Islam gives priority to mutual understanding and collaboration among our societies. Today's contemporary, international relations are established through diplomacy and partnership. In fact, that inner connection and relationship driven from Islam also has an important role in Turkey's relations with Africa and, of course, boosts the partnerships. This sheds light on the significance of the common values and identity regarding the special relationship between Turkey and African countries.

In the past two decades, the world has witnessed a major, global, socio-economic and political shift in which emerging powers are entering the international political arena with unique foreign policies as compared to the traditional powers. Turkey encompasses this shift, reaching African countries to establish a common ground of understanding regarding the global issues. Perhaps, that results in agreement on certain global issues. There are historic issues concerning Jerusalem such as U.S. President Donald Trump's decision to move the U.S. Embassy to Jerusalem.

In response, Turkey and most African countries agreed on the unjustness of this decision and, most significantly, the harm it could cause to the stability of the region.Another global issue is the U.N. Security Council (UNSC) reform and the unfairness of the body's structure regarding representation. It has been a subject that Turkey and African countries have shown concern and stood up against. Not only Turkey and African countries have resulted in a global concern and discussion since President Recep Tayyip Erdoğan has called for that change at the U.N. in New York by saying the world is bigger than five.

Furthermore, that has been what African leaders have sought for many years. In order to extend this common global political discourse, Erdoğan visited many countries around the world and a large number of African countries, and is expected to visit more in the near future. Boosting the enormous relations between Turkey and African countries alongside significant discussion in relation to these global matters always remains a priority. Conceivably, putting all these pieces into context, we can come to comprehend the intense contribution of these inner features to reaching a high level in Turkey's partnership African countries. In fact, it gives a clear hint that this collaboration and cooperation remain harmless and strong.