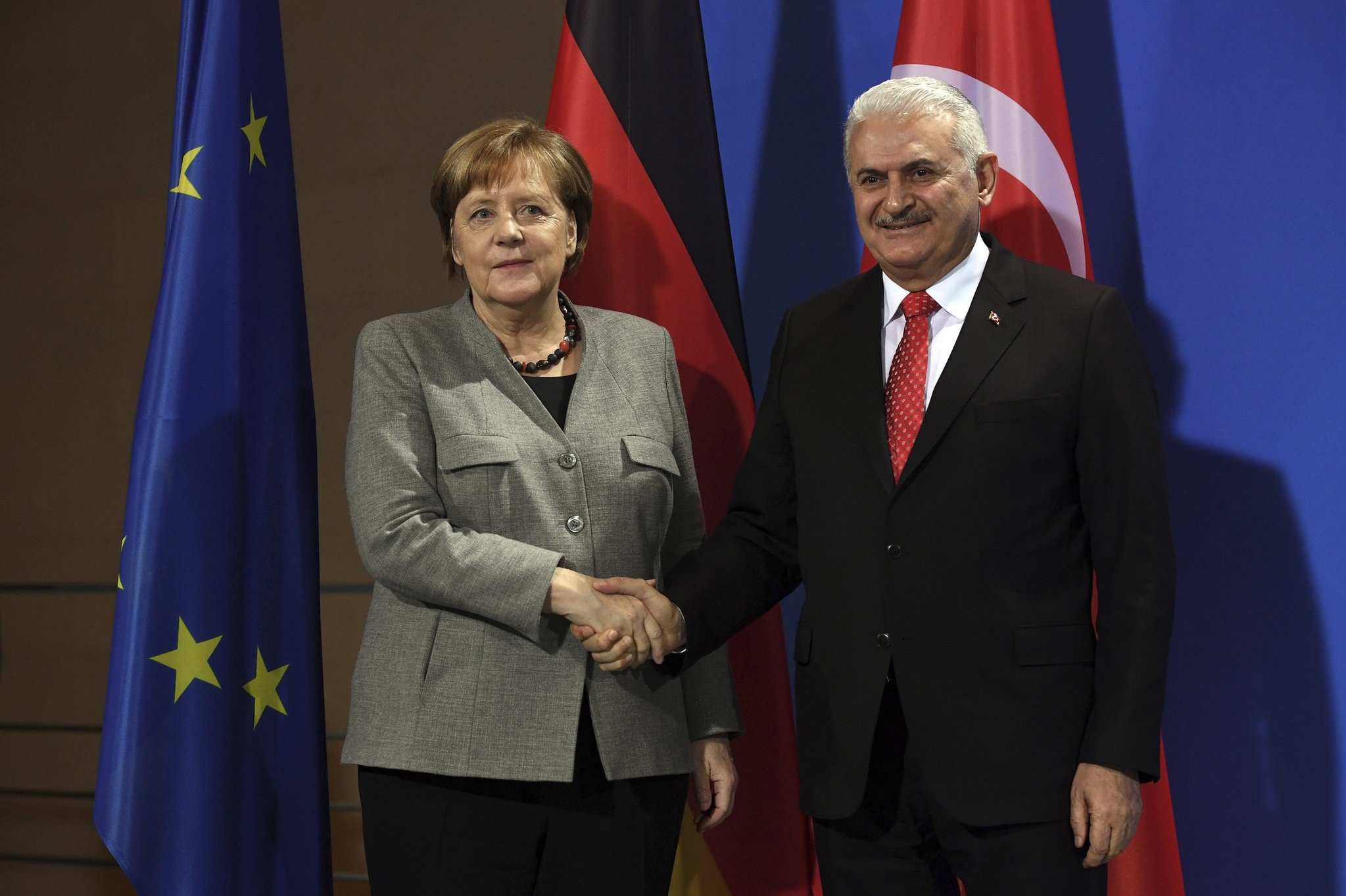 Borrowing from the Anglo-Saxon writing tradition of straight away hitting one's target instead of proposing 10 pages of historical analysis before coming to your point on page 11: Please be forewarned this article is hard talk, frank writing and inviting critical comment. At stake: Are German-Turkish relations on route for better, or destined for worse?

Prime Minister Binali Yıldırım's visit to Germany last month started in Berlin with face-to-face talks between German Chancellor Angela Merkel and himself. Traveling on to the Bavarian capital Munich we followed his speech at the highly-acclaimed Munich Security Conference two days after. Both events taken together might just as well have opened a completely new chapter in Turkish-German relations correcting quite a fair number of misunderstandings of the recent past.

Granted, commentators should better be careful when using the word "chapter" in contributions focusing on Turkey-Europe relations as chapter automatically evokes sad memories of the 55-year-long (and ongoing) saga that kept Turkey in the EU's waiting room, based on what is by now 35 chapters of negotiation segments called the EU Acquis Communautaire, or in layman's terms, the body of EU law.

Nevertheless, no other word would be appropriate to discuss the state of affairs linking Turkey and Germany; a new chapter is in the making which figuratively speaking could become a book in its very own right. In a nutshell: What is at stake, what is needed to lift Turkey-Germany relations onto the next level, a level of new dimensions and success stories?

From Berlin to Munich

Carefully examining the proceedings of the press conference, Chancellor Merkel and her guest Prime Minister Yıldırım let one thing became crystal clear. Both sides are ready for a new era in bilateral relations. How could I arrive at what others who may not follow Turkish-German relations that closely could easily label a risqué summary?

First, diplomacy is often about the little things, the small gestures; the in-between lines. The frequent approving and encouraging nods into each other's direction are a good indicator that both counterparts actually listened to each other before speaking themselves. Friends must be frank at times but always at required levels of diplomatic modesty and exactly that happened but there was something else in the Berlin air.

Hence, and second, Merkel stated that each country including Turkey has a right to defend its own security; she mentioned that the misunderstandings between Washington and Ankara should end (she did not say it was Ankara's fault!), and that she would lobby Brussels to pay out the missing amounts of the agreed 3 billion euro refugee deal, plus asking for the next tranche of another 3 billion euros at the same time. Mrs. Merkel also said she is waiting for a stable German (coalition) government before proceeding on that path. Yes, the issue of Deniz Yücel was addressed by the chancellor but I shall comment on this complex issue in a future article.

Then, Prime Minister Yıldırım during his remarks had stated that Turkey not only safeguards - and rightly so - its very own citizens' personal safety and security but at the same time safeguards parts of Europe's external borders. Thus said, Turkey dutifully protects part of NATO's external borders, too. It was a prelude to what was about to be discussed in Munich soon thereafter. The prime minister set the wider scene.

But he was outspoken, too, about a related subject. He would not understand why friends, although refraining from mentioning Germany by name, would not side with Turkey in her fight against terrorists south of her borders. He would soon extend an invitation to the new German government to visit Ankara, he concluded. Above all else, both leaders did not speak about each other but with each other, even while addressing members of the media.

At this prestigious event, Prime Minister Yıldırım spoke besides others about the Sochi and Astana rounds of negotiations, respectively. He stressed that it was not his country causing civil war in neighboring Syria. To the contrary, Turkey would host by now well over 3 million refugees. In the sense of delivering what was clearly a bridge-building speech he referred to Turkey's fight against terror,including the PKK and the People's Protection Units (YPG), as a means to protecting the societal peace both in Turkey but in Europe as well.

It was a speech which made his audience aware of the fact that Turkey is on the frontline.

These exact topics could only have been raised by Turkey. It seemed as if Turkey wanted to use the Munich Security Conference, which all but in name has turned itself into a smaller version of Davos and of course with a completely different set of agenda items to ask for support in her fight against terror and to ask for support in her continuous humanitarian efforts. I had the impression that for some in the audience creating this intertwining was a new idea.

Once Europe, and in particular Germany under a new stable government, supports Turkey in these efforts a milestone in combating terror, as well as hopefully finding a lasting peaceful solution for Syria could be found. This must include a better understanding of the current Operation Olive Branch, which is no invasion into foreign lands but only meant to achieve the two goals mentioned above: Stopping terror and thus terror "exports" to Europe, and establishing peace in Syria with a new constitution and free elections.

The road ahead: 3E

Both export and import figures with a view to trade between Germany and Turkey have been on a constant upward trend. As completing a wider picture often starts with smaller steps it seems to make good bilateral sense to single out a few issues which carry huge potential. What better than to foster stronger economic links, or in other words, make certain that a very positive investment and trade climate continues even more linking Turkey and Germany! Then, the energy sector is a hot pick of great interest to both Ankara and Berlin. And last but not least, and as was discussed in great detail during the Munich Security Conference, external (border) security is something both nations should ideally so easily agree upon.

This would necessitate much better awareness in Berlin why Turkey started Operation Olive Branch and why the PKK in all its forms is as dangerous as is Daesh. Terror is unfortunately global and not local - no country can claim terrorists would never strike on their soil regardless of how far a particular nation is located from an actual crisis zone.

This would entail promoting Turkey's EU aspirations instead of keeping her in the waiting room for another 55 years. Turkey in return will listen to Germany's concerns about issues Berlin considers being roadblocks in improving ties.

The Turkish prime minister meeting the German chancellor - as German Foreign Minister Sigmar Gabriel said in Munich: One has to grasp the momentum! Are ties already normalized or soon to be normalized? That is a philosophical question. Results matter and as it seems both Ankara and Berlin are on the right (bilateral) path.