Fighting for or in the name of terrorism? 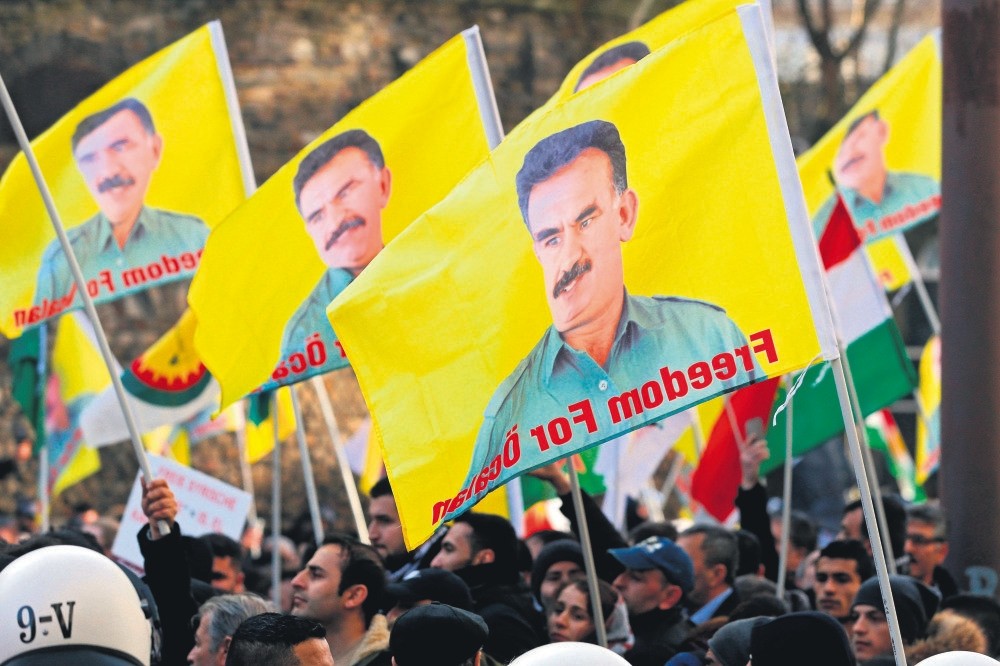 Turkey is determined to fight all terrorist elements to ensure its national security despite the continuous support from the U.S. fot the YPG and total inaction by several European countries concerning its sympathizers

Imagine a terrorist organization, which causes death and injury to many civilians and state officials, bombing schools, buildings and crowded squares of populated cities. Now imagine this same terrorist organization freely protesting and marching in famous squares in the United States and Europe, waving their flag with their leader's pictures on it. It sounds intolerable, doesn't it? Well, this is the reality in the PKK case.

Briefly, the PKK is designated as a terrorist organization both by the U.S. and the EU, and more than 20 other countries also list it as a terrorist organization. Since 1984, the PKK has been threatening Turkey's national security and peace by carrying out bloody and violent terrorist attacks that have caused the death of thousands of people, civilians and security forces. Turkey has been battling the PKK within its borders for nearly 40 years.

Recently, the Turkish Armed Forces (TSK) launched a counterterrorism offensive, Operation Olive Branch, against the PKK-affiliated groups near its border in the hope of safeguarding its own people and state. Meanwhile, despite the fact that the PKK is a violent terrorist organization, hundreds of supporters of the PKK/People's Protection Units (YPG) - its Syrian armed offshoot - were able to march on the high street of Cologne with posters of the PKK's imprisoned founding leader Abdullah Öcalan and the flags of the terrorist organization while the German police did nothing but escort PKK/YPG sympathizers.

Moreover, recently in one of the busiest streets of London, sympathizers of the PKK/YPG were protesting without any intervention from the British security forces. Once again, the protestors were carrying PKK/YPG flags and a poster of Öcalan. For some reason, both countries, which had already declared the PKK a terrorist group, seem to restrain themselves from taking any action against it.

While the PKK is able to freely convey their campaign, one cannot imagine a similar situation for Daesh or al-Qaida marching with posters of Abu Bakr al-Baghdadi or Osama bin Laden in European countries like Germany, the U.K., France or in the U.S.

Would the sympathizers of a terrorist organization be able to conduct freedom marches to protest the imprisonment of members of Daesh or al-Qaida? Would journalists, politicians or various NGOs of these Western countries be able to openly support these terrorist organizations' demonstrations? The answer to these questions is a clear no. This is, of course, the reasonable and necessary stance to be taken against the terrorists. There should be no place for terrorists to raise their voices within a democratic society. However, this attitude must be toward all terrorist organizations without exceptions.

In addition to these demonstrations, the U.S. has openly increased military cooperation and arms support with the PKK-affiliated YPG and the Democratic Union Party (PYD) in Syria. The regional allies of the U.S., especially Turkey, were distressed as a result of this overt support.

President Recep Tayyip Erdoğan expressed his concerns saying, "Despite all the objections, warnings and our well-intentioned suggestions, a country we call an ally is insisting on raising a terrorist army throughout our borders."

So, what is the reason for this confusion? Why does the U.S. back up and join forces with the YPG, which is an offshoot of the PKK? Turkey also wonders why the U.S. has sent around 4,000 trucks carrying weapons to the YPG. The U.S. claims that it armed and trained YPG terrorists to fight against Daesh and that is why they had deployed more than 2,000 American troops and special forces into the area to train them. According to the U.S., the YPG terrorists have played a key role in this fight. However, does this not mean that supporting terrorists is acceptable if they are useful tools?

All this context to reach a main reason, but we should think simply. It was obvious that the U.S. needed a proxy to follow its interest and keep a war going in Syria. Its elites seem their allies are not desirably reliable. It is because of Turkey's proactive and multiple foreign policies within the last 15 years with the ruling Justice and Development Party (AK Party). The U.S. media also helps them by dehumanizing President Erdoğan and portraying him as a sultan, autocrat or so on just because Erdoğan works not according to their interest but to his own people's demands and wishes.

Since the Syrian civil war in 2011, the U.S. has followed a two-fold policy, firstly supporting opposition forces. However, after many of these forces, which have been trained and equipped by the U.S. and Turkey, started to join other opposition forces who were not directly following the interests of the U.S. administration of that time, Daesh became a huger threat. The siege of Ayn al-Arab by Daesh switched the U.S. support to a main focus on supporting, training and equipping the YPG. Since the YPG is ideologically secular, and though they are ideologically a Marxist-Leninist group, their profile of being opposite to Daesh and not allied to the Assad regime, they became the main ally of the U.S. in Syria. The Assad regime could not be supported because of their cruelty against their own Syrian population and, Iranian and Russian backing was too big to be replaced by the U.S. Furthermore, Washington had to represent itself as those behind democratic forces, fighting for Western values and liberation in Syria, whereas Assad and a religious-motivated opposition were out of the question.

Various western media outlets support the U.S.'s claim. This is surely worrying when it is considered that the Taliban was once supported by the U.S. and is now considered a terror organization threatening international peace. The past has many examples that prove the threat and danger of making a distinction among terrorists as "good" and "bad." Therefore, it is alarming to witness the official support for the YPG by many Western political leaders. Labeling them as good in that sense can pave the way for the support of other terrorist groups as well.

Despite all, Turkey is determined to fight all terror elements that are threatening its national security from within and throughout its borders without making any distinction among the PKK, YPG and Daesh. Operation Euphrates Shield in 2016 and the ongoing Operation Olive Branch are two examples of its efforts to eliminate these organizations. According to the latest statement from the TSK, 3.622 terrorists including those belonging to the PKK/YPG and Daesh were neutralized (surrendered, killed or captured) since the beginning of the operation on Jan. 20 untill March 18 after the Aftin city center had captured. Hence, for Turkey, security threats do not change because of their ideological belonging and whom they have been assisted by.

* Mr. Kopar received his MA in International Security and Terrorism from the University of Nottingham, currently works for TRT World and focuses on Turkish politics, international security and terrorism.