The other side of a myth 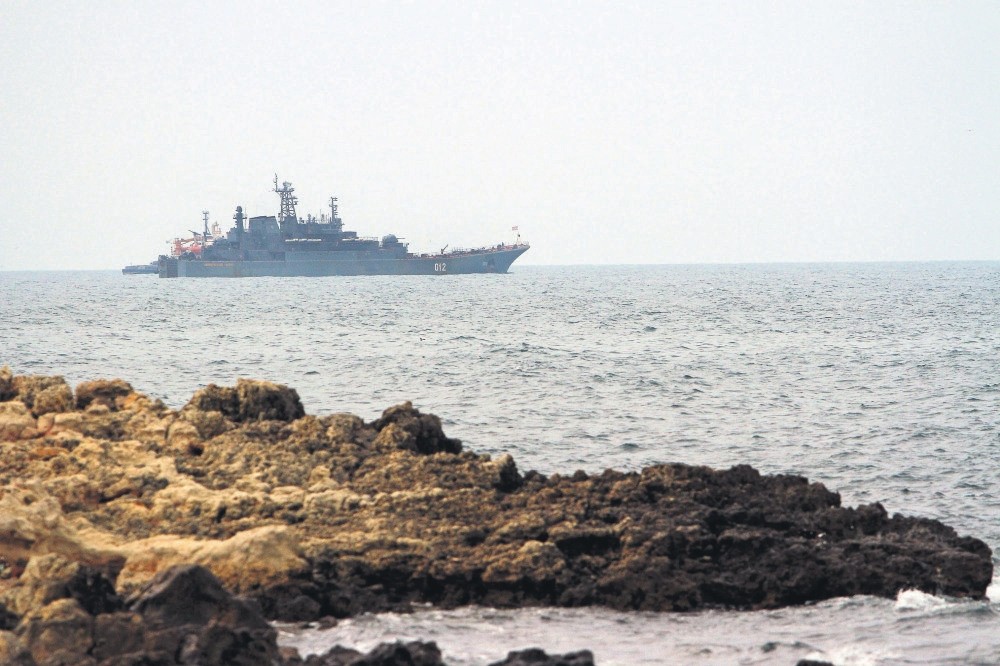 Strange and selective is our mind: we always easily believe something which we want to believe, something we want very much to be true or something which corresponds to our own understanding of the reality. At the same time people often tend to reject information, views and opinions not fitting their vision of the picture. This gives the way for stereotypes, misconceptions and myths – and so breaking these myths and understanding a naked truth becomes an uneasy matter which needs a kind of civic courage and serious discussion based on real facts but not politicized slogans originating sometimes from far-away powers and deliberately aimed at bringing more misunderstanding and conflicts to states and peoples.

This is what comes to my mind when I read and hear some Turkish authors, political scientists and columnists commenting on one of the most contradictory problems of our time – the one of the Crimea, its history and contemporary situation. Here too we face a whole number of political and ideological clichés and stereotypes, here too we badly need to listen of the other's views and positions. I discovered recently all of these stereotypes and misconceptions – in a big article published in a solid Turkish newspaper. I am not citing the names of the authors, but instead I will reproduce some of their main ideas and try to analyze them. From time to time such a quest is a must if we want to have an objective and unbiased vision of things.

1. "The Turco-Russian war (1768-1774) led the way for Russia to enter the Crimean peninsula … and marks the never-ending misfortunes of one of the leading peoples in history." Partly true, of course. But what is exactly the criterion for selecting "leading peoples in history"? Do the authors really mean that some peoples are "leading" and some are not? Isn't it racism, by the way? And at the same time they dislike the madmen who praise the "superiority of Russian blood"? Aren't they of the same kin?

But not the whole truth is there. We should not forget the other side of the story: it is a clear fact that the Russians' coming to the Crimea had an important goal: to put an end to three centuries of slave trade largely practiced in this part of the world. Trade which victims are numbered (if we take only modest estimates of some contemporary historians) by 2-3 millions of women and children – kidnapped, raped, humiliated and sold like animals in numerous slave markets of Kafa and other Crimean cities. Predominantly women and children; men were just slaughtered for having the courage of defending their families and their honor.

By the way, the Crimean intellectuals later gave a rather positive assessment of the event. A great Crimean Tatar thinker Ismail Gaspirali once wrote: "Exactly one hundred years ago, on April 8, 1783, a small khanate, exhausted by riots and bloodshed, became part of the greatest empire of the world and was left in peace and quiet under the protection of mighty power and it's just laws…"

Of course, sometimes they forget to tell us about it.

2. "Joseph Stalin … in the 1930s began the systematic deportations of thousands of Tatars" – not true. Historically speaking, in the 1930s there were no special deportations of peoples. Repressions, arrests, tortures and "troika" executions really took place, but it is also a fact that all peoples of the Soviet Union were victims of the regime, not only the Crimean Tatars. As Anna Ahmatova, a famous Russian poet, wrote "And so I was with my people that time – where my people regrettably was" (her husband was executed and her son spent more than twenty years in Stalin's labor camps). By the way, my own grandfather spent a year in Stalin's prison and later never talked about it. Yes, deportations of peoples of 1944 were awful, disrespectful and disgusting; they can in no way be justified. But let something else be also remembered: it was wartime, and it was the cruelest war ever waged. Three years before, in 1941 all the Japanese living in the US were deported to concentration camps, and it is not the only example of wartime cruelty. It does not, of course, justify Stalin, but he was definitely not the only one.

3. "With the collapse of the Soviet Union Crimea became part of Ukraine and Tatars were given full right to resettle." Not exactly true. Indeed during the 1990s Crimean Tatars were returning to the peninsula (the process started under Mikhail Gorbachev) but they were doomed to drag out a rather miserable existence as the land was not allocated to them in due form. "Samozahvati" or as you call it in Turkey "gecekondu" was a regular thing. What is happening now (i.e. "under occupation") is the process of entitling to Tatars the legitimate right of being property owners as well as providing them with infrastructure constructed by the budget funds – water supply, canalization, roads etc.

4. "Crimea is as sacred to Russians as Jerusalem to all Muslims." For me it's hard to object. Even more, from time to time I have a strong temptation to compare Crimea's importance to Russians to the importance of Hatay to Turks. But I try to resist to such a "politically incorrect" way of thinking. I would only add that in 1954 when the peninsula was given under the territorial authority of the Soviet Ukrainian Republic, the Russians felt it was very, very unjust (and they were never consulted).

5. "Tatars are perceived as the Turkish fifth column by Russia." Here we have to remember a famous saying by Alexander Pushkin who is sometimes considered to be an integral part not only of the Russian national culture, but of the Russian soul: "Scrub well a Russian, you will always find a Tatar down there." The Russians and the Tatars (of Kazan and of Crimea) share the same history, same culture and, definitely, same fate: we live on the same soil, we are in one boat, like it or not.

Nor have the speculations about the closure of mosques. Regrettably, the "experts" tend to avoid important details, which do not fit into their paradigm. For instance, sometimes they deem it unnecessary to mention the ongoing construction of the Central Mosque in Simferopol, which is scheduled to be opened in 2019. As the Crimean Tatars admit, for the last 15 years they were obliged to rent gyms to pray during religious holidays of Ramazan and Oraza Bayram. Despite their numerous appeals to the previous authorities, Crimean Tatars could not obtain even a piece of land to erect a mosque not even mentioning the extreme difficulty to have an official permission for its construction. Moreover, during the last four years the mosques have been re-registered in the legal name of the Crimean mufti's administration, which was never done in the Ukrainian period.

7. "Crimean Tatars face daily intimidation, threats, unlawful detentions, investigations, physical attacks and disappearances ... Social rights of Crimean Tatars have significantly deteriorated under Russia's occupation." "Russia does not want to coexist or acknowledge the Crimean Tatar presence…" Slogans are good, but if someone really means business slogans and accusations sometimes have to be proved or denied – fact by fact, figure by figure, number by number, site by site. Because when you start studying the real facts sometimes you discover interesting things – like, for example, an "act of repression against a Crimean Tatar activist" turning out to be a completely justified arrest of a member of a criminal gang receiving a ransom from a blackmailed Turkish businessman. So a thorough discussion is always needed.

These are just some facts and ideas "from the other side." We have more to share.

* Ambassador of Russia to Turkey