Foreign fighters now in YPG, but no one knows their next stop 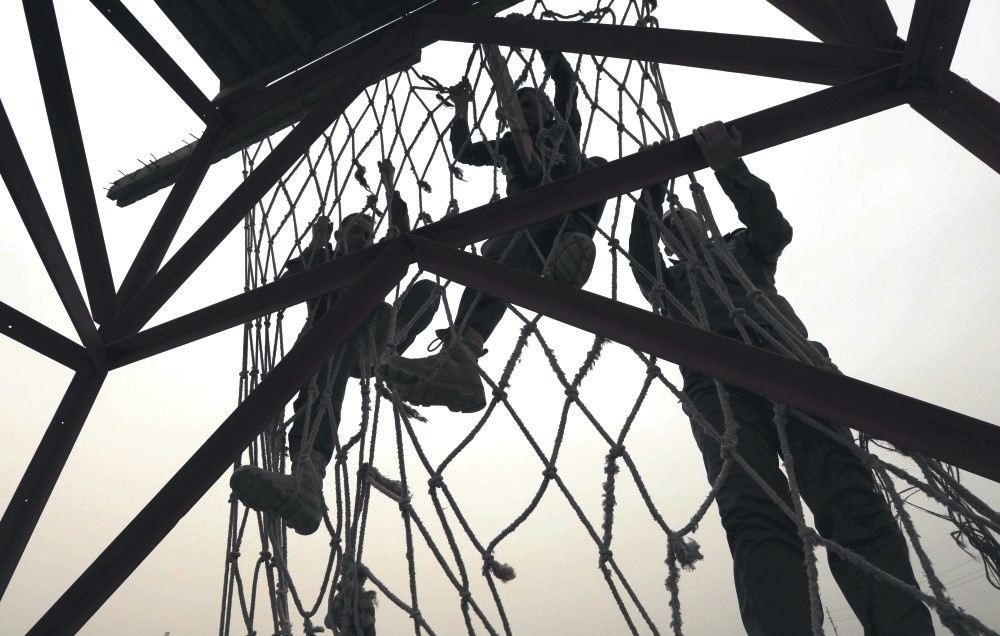 The People's Protection Units (YPG), the Syrian branch of the internationally designated PKK terrorist organization, enjoys positive coverage in Western media outlets. As the group's role and partnership with the international coalition against Daesh terrorists had a positive impact on its media coverage, it became an attractive destination for foreign fighters. As opposed to media reports which falsely portray the YPG as the most effective fighting force in Syria, foreign fighters are interested in the militants' ideological agenda.

In recent years, hundreds of Westerners reportedly joined the YPG in Syria. It is not possible, however, to consider them a monolithic group. While most recruits joined the organization to fight against Daesh terrorists, others include war veterans, leftist revolutionaries, Kurdish and other nationalists, crusaders and lunatics. Excluding the Kurdish nationalists, an estimated 700 to 1,200 foreign fighter's fight are among the YPG's ranks today. While some of the fighters are clearly motivated by the prospect of fighting Daesh, others are ideologically motivated and traveled to Syria in order to join the so-called "Rojava revolution." Although most ideologically-motivated foreign fighters are Turkish leftists, we cannot afford to underestimate the number of leftist Westerners among them.

Jacques, a French communist in his 20s, is a case in point. In an interview, he explains his motivations as follows, "I came mainly to take part in this revolution. I have been a Marxist internationalist revolutionary militant since my teens. It would have been hypocritical to watch what was going on today from afar. The YPG are structuring their territory according to socialist and libertarian ideology by setting up municipalities in every location they free."

In any discussion of the YPG's foreign fighters, one must take into account a large number of adventurers and former soldiers. Although the group accepts foreign fighters with no prior military experience, there are many former soldiers among foreign recruits. Some foreign fighters reportedly found it difficult to adapt to society upon leaving the military and wanted to go on an adventure in conflict zones around the world. It is noteworthy that most of the YPG's foreign fighters, who became popular figures in the Western media, including Joe Akerman, Jordan Matson, John Gallagher, Jamie Lane, Joshua Molloy, Bruce Windorski and Brian Wilson, previously served as soldiers in their native countries. Another foreign fighter, Mario Nunes, was a member of Portugal's air force before joining the PKK's Syrian branch.

The French recruit, Jacques, confirms the presence of crusaders and adventurers, but adds that they constitute a minority among YPG foreign fighters. Most foreigners, he says, joined the group for ideological reasons, "Those you see in the media are not at all representative: They are former soldiers-turned-crusaders or reckless adventurers, who pose [for pictures] with guns but, in reality, tend to hide out. I have met some real psychopaths, who have a thirst for war and who will shoot at anything and everything. Their appetite for media coverage is overshadowing the other volunteers that make up the majority of fighters: people who are politically motivated and are here more for the Rojava revolution (sic) than for the Islamic State [Daesh]."

According to Jordan Matson, one of the most popular foreign fighters in the Western media, there were many lunatics among them, "There were stories about drifters and lunatics: a British man who pet dead ISIS [Daesh] bodies, another [recruit] who used his psychic abilities to hear ISIS fighters speak. One man requested to go home because of a bad case of attention-deficit disorder. Another said he understood what ISIS wanted and sympathized with their cause. Another was known for looking around and saying, 'Did the CIA send you?'"

Such individuals are described as "lone wolves" and, according to foreign fighter Macer Gifford, they are not exactly popular within the organization, "They don't integrate with the Kurds and are obsessed with getting into the fight with the IS [Daesh]. People often don't understand that, when they come out here, fighting IS is only a part of it. You have to realize that you can't come here and operate as a lone wolf - it's as much about becoming part of a movement as it is combating IS."

It is impossible to predict what role foreign fighters, who receive weapons training and gain combat experience in Syria, will play in the future. Although many Western countries dread the return of Daesh militants, it is important to note that the YPG's foreign fighters pose a no less serious threat to the national security of their native countries and their allies.

Anna Campbell, a foreign fighter who was killed in clashes with the Turkish Armed Forces (TSK) and the National Army, an umbrella organization of various Free Syrian Army factions, was among Westerners who joined the group to serve the so-called Rojava revolution.

Campbell appeared in a propaganda video, which the Women's Protection Units (YPJ) posted on social media, to explain why she had joined the organization, "My name is Helin Karecox. My name before was Anna Campbell. I joined the YPJ March last year and we just finished this education of ideology and military. [...] I joined because I want to support the revolution and I want to participate in the revolution of women and also join the forces… against fascism and the enemies of the revolution. So now I am very happy and proud to be going to Afrin."

Campbell told her father about her plans to go to Northern Syria last year upon hearing about the feminist and socialist revolution that the PKK's Syrian branch pledged to carry out. She was inspired by the group's operations against Daesh, The Guardian reported. Ironically, Anna Campbell was one of the dozens of foreign fighters, who fought against a NATO ally for the purpose of creating a socialist utopia in Syria.

Syrian Kurds, who do not subscribe to the YPG's agenda, have a different view of foreign fighters, who join the group for its radical ideology. Mohammad Vali, a Kurdish member of the pro-opposition Syrian National Coalition, says that "the YPG wants to create a one-party federal rule on the basis of 'democratic confederalism,' according to the PKK's philosophy, unilaterally and through violent means."

Foreign fighters may consider Turkey an enemy of their so-called socialist revolution today, but it remains to be seen against which targets they will turn in the future.

* Analyst for the Middle East Foundation in Ankara. He is also an editor for the Suriye Gündemi news website