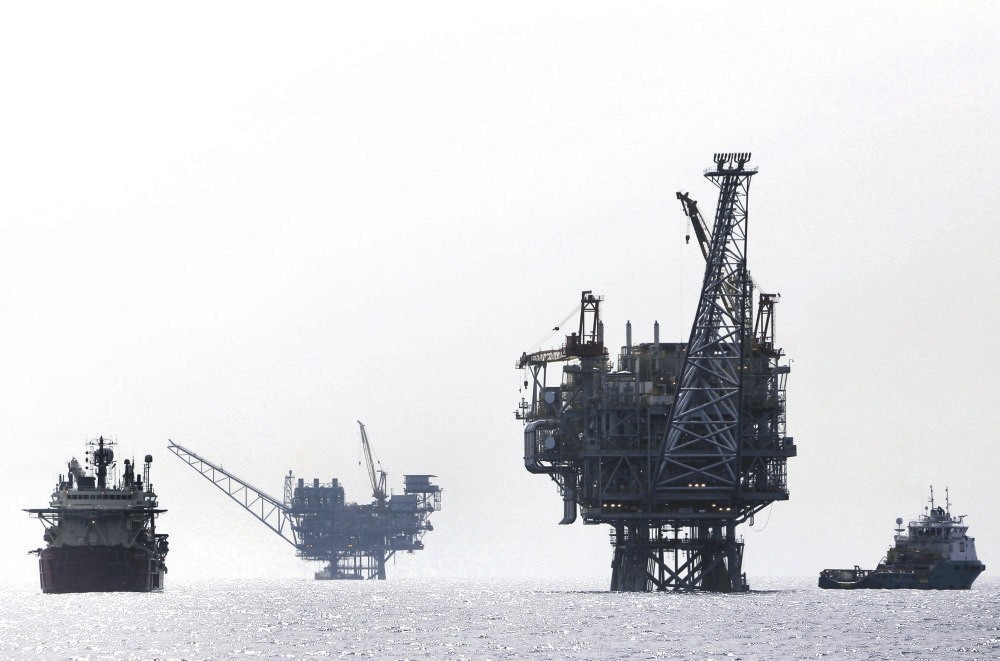 The centuries-old Eastern question remains as the West and the East continue their struggle over fossil fuel reserves, now the skirmishes have moved to the Eastern Mediterranean

Europe felt threatened by Russian influence in the Middle East as far back as the 18th century. Western kingdoms at that time did not want Russia to start controlling Mediterranean ports and Eurasian trade routes, which were under Ottoman control, so they launched a policy to wrest the east Mediterranean from Russian influence that would cause an Eastern Question for them.

Dismantling the Ottoman Empire by encouraging Greeks to proclaim independence after reaching Mediterranean markets was Russian foreign policy in order to be an actor in the region. By the time both France and Britain competed for influence in Ottoman politics by granting loans, it reached a peak in the second half of the 19th century during the Crimean War and politics surrounding the Suez Canal. After Germany joined this rivalry, Sultan Abdülhamid II, the last ruling sultan-caliph, begun to pursue a policy of balancing powers.

That rivalry affected Ottoman politics deeply as the Young Turks movement overthrew Abdülhamid II in 1909, and established a new government, which attacked Russia in 1914 with German encouragement. However, after World War I, Mustafa Kemal Atatürk, the first president of the new Republic of Turkey, pursued to continue Abdülhamid's policy of balancing powers, and hesitated to confront any global or regional power. He managed to stay in touch with the Soviets in 1920s while bargaining with Britain and France over Mesopotamia – today's Iraq – oil concessions. It was the time when the winners of World War I were fiercely competing against each other to get oil concessions in the Middle East. That is to say, the collapse of the Ottoman Empire did not end the Eastern question, but paved the way for a new stage of rivalry between great powers.

During Soviet expansionism after World War II, especially in the 1950s in Middle East, Turkey was accepted into NATO a few years before Syria came under Russian influence. Fast forward to after the Cold War ended, and the recent Arab Spring is already over, but the centuries-old Eastern question never ended since the 1770s. Today, Russia showing its force in the region and Moscow pursing an assertive policy in the Mediterranean causes renewed questions on undefined boundaries in the eastern Mediterranean concerning fossil fuels, which global energy companies are eager to exploit.

So, will the question stir up regional boundary disputes among some eastern Mediterranean countries backed by global energy giants, as has taken place in Middle East since the collapse of the Ottoman Empire? Will big oil and gas companies searching for exploitable fossil fuels in the eastern Mediterranean meet challenges as happened in eastern Arabian boundary disputes? Has the renewable energy era failed for a while because of the renewed Eastern question?

Will history repeat itself?

The Cyprus dispute and maritime boundaries, both around Cyprus and in the Aegean between Turkey and Greece came up again in the 2010s after rich fossil fuel resources were discovered in the eastern Mediterranean. Other than this, Lebanese-Israeli maritime boundaries emerged in question after American company Noble Energy discovered the Leviathan and Tamar fields. Potential Turkish-Greek and Lebanese-Israeli boundary questions recall historical ones.

The Soviet Union helped Turkey buy weapons and money in the beginning of 1920s during Greco-Turkish War taking place in western Anatolia. France and the U.S., which wanted to take a share of the Mosul oilfields, were also interested in supporting Turkey against British-backed Greece for a while. The Turkish-Iraqi border was disputed as Turkey claimed Mosul and Kirkuk were within its own territory while Britain wanted to annex and keep the same region in the Iraq Mandate. Eventually, Turkey gave up its claim for Mosul by signing the Treaty of Ankara in 1926, and so the Turkish-Iraqi border was set while British, French and Americans managed to become shareholders in Iraqi oil.

Anglo-American oil companies entered into a long rivalry between the 1930s and 1970s in the Buraimi Oasis of eastern Arabia, where the Saudi Arabian, Abu Dhabi and Omani borders were in question. This cause overlapping claims among the regional actors and also led to a disagreement between Britain and the U.S. in the Gulf. Saudis insisting on right to have Buraimi Oasis backed by the Saudi Arabian Oil Company (Aramco), while Britain was behind Abu Dhabi and Oman against the American-Saudi alliance. Even though British policy did not allow American companies to delaminate eastern Arabian borders, it had accepted U.S. companies' entrance into Iranian oil after 1952, which was one of the reasons leading to the ouster of Iranian Prime Minister Mohammad Mossadegh in 1953 with Operation Ajax. Despite this, the dispute in Buraimi was solved with the 1974 Treaty of Jeddah, but it reappeared between the UAE and Saudi Arabia after the Dolphin Gas Project was declared in 1999. However, the two neighbors apparently solved it recently and adopted a joint policy against Qatar. Immediately, the Qatari-Bahraini border dispute reappeared once again. All these emerged while global energy giants were in a hurry to get concessions in the South Pars Gas Fields between Iran and Qatar. The U.S., Saudi Arabia, the UAE and Bahrain suddenly declared both Iran and Qatar to be supporters of terrorism while Britain adopted a more cautious policy on the two countries.

Qatar Petroleum now pursues getting a license to drill oil and gas in the eastern Mediterranean by dealing with American giant ExxonMobil. ExxonMobil, when former U.S. Secretary of State Rex Tillerson earlier led the company, had good relations with Russia, but today, the Qatari-American joint attempt in the eastern Mediterranean concerns Russia. That is why Russia is eagerly interested in supporting Lebanon against Israel. On the other hand, the considerable British share in the Caspian and Mediterranean oil flow via Turkey obviously helps Britain have a say on EU-backed South Energy Corridor politics, which Russia wants to block as much as it can. The U.S., however, is not pursuing a policy of blocking the corridor, but rather to control it according to U.S. perception of global energy security.

In 2016, the U.S. State Department, House Foreign Affairs Joint Subcommittee Hearing records revealed that a rivalry over eastern Mediterranean fossil fuels in the Levant Basin and Aegean Sea would change the geopolitical structure in the region. Resources in the area also considered a national interest for the U.S., and in 2017, the U.S. government, under influence of giants like ExxonMobil, withdrew from the Paris climate agreement, which would reduce fossil fuel use to some extent in the coming years. The U.S. is also expected to dethrone Saudi Arabia and Russia in oil production this year. Increasing competition over fossil fuel resources will not only prevent or gear down massive investments in renewable energy developments worldwide, but also trigger more regional disputes.

Greece in the Aegean Sea or Greek Cyprus in around the island licensing energy companies for off shore drilling without considering Ankara's concerns, and Israel doing the same to Lebanon obviously has potential to repeat the history of the eastern Arabian border problems. Disputes in the area will help Russia influence regional countries against U.S. moves. Moreover, all these clashes of interests in the region have already caused a new Eastern question, which could be called a renewable Eastern fossil fuel question.

* Ph.D. Researcher at the Association of Researchers on the Middle East and Africa (ORDAF)