Absence of history in the Middle East 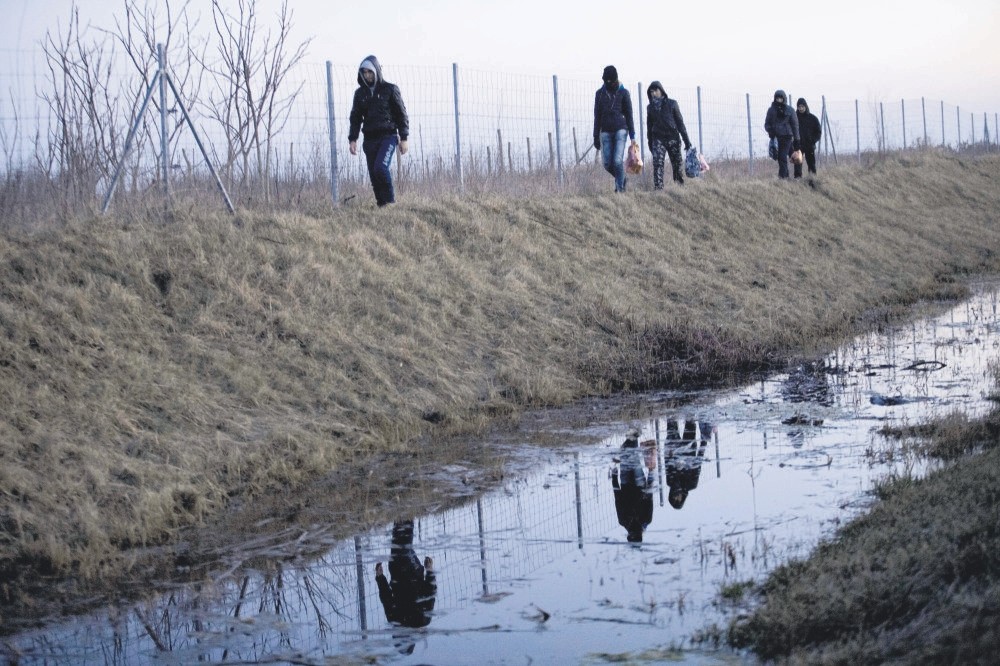 In the Middle East, an absence of history, which lends order, harmony and style to societies, drags the whole region into chaos and crisis

Conflicts and chaos in today's Middle East have many aspects. These conflicts contain urban warfare, autonomous governments in towns, international imperial rivalry and practical grounds of competition for global hegemony, militia forces and terrorists. The Middle East of the last century is having one of the severest crises in its history. Indeed, as Rashid Khalidi points out, the Cold War sowed the seeds of a lot of crises like the Arab-Israeli conflict, Iran-Iraq War and the Gulf War. The rivalry between the U.S. and Russia for regional hegemony greatly shaped these crises. Today, the Middle East is virtually passing through a prolonged Cold War.

Consequently, the conflict in Syria, ongoing clashes in Yemen, the struggle for supremacy between Iran and the Saudis and the militia groups fighting on their sides are taking the crisis in the Middle East to an unprecedentedly wider scale. Moroccan thinker Muhammad Jabiri has probably been the first to point to the lack of democracy as the primary root cause of crises in the Middle East. One of the most prominent researchers today defending this view is Assaf Bayed. Really, from where do the deeps waves of destruction in all these crises stem? Is it imperialism, the unequal and one-way relation with modernity, economic inequalities, dictators, insurgencies by Islamic movements or a lack of democracy? Of course, we can talk about certain effects of all of them. But I would like to argue that the main problem is an "absence of history."

The real issue in the Middle East is a lack of history. Societies can survive by making history. The presence of history requires certain continuities: continuity of values, norms and institutions. In the 14th century, Ibn Khaldun wanted to remove the risk of receding from history, which was caused by historical ruptures arising from tribal and dynastic conflicts. Khaldun tried to find a solution by describing the whole social structure within a historical framework. With his theory of "asabiyyah" (social cohesion), he intended to demonstrate the essential collective spiritual unity of the historical being. By analyzing such fundamental elements as government, sciences, scholars, cities, professions, he sought to reveal the sociological-institutional context that sustained the society. The dialectics of "badawiyya" (nomadism) and "hadariyya" (sedentary life), the decadence that came with luxury and ostentation, and the violence that resulted from tribal and dynastic conflict were the primary threats to the historical being. In Muqaddimah, an introduction to history, Ibn Khaldun tries to eliminate the risk of Muslim societies drifting into historical irrelevance by engaging in historical sociology.

Colonialist structures that followed the disintegration of the Ottoman Empire paved the way for the absence of history. Rejection of the Ottoman state had become a prerequisite for this. By planting colonialist institutions, they tried to establish their colonialist histories. They strived to create that history through military cadres, groups of intellectuals and various schools. But construction of that colonialist history failed after the rise of anti-colonialism. Military regimes that arose during the 1950s destroyed centuries-old traditions and institutions of societies along with networks of relations. Traditions that had maintained Ottoman administrative structures and legal orders were totally eliminated. They aimed to invent a new history. Modern ideologies are responses to efforts aimed at overcoming the problem of the absence of history through various glorifications of history. Middle Eastern nationalism represents just that. This is why official historical narratives werecomposed. Imagined traditions dating back 3,000 years ago were discovered. These "ancient historical periods," which had not left behind any tradition or institution in reality, only served ideological mobilization. Millennia old intercommunal languages, social networks, foundations, circles of scholars and traditions of sects were removed one after another. History has vanished!

In Middle Eastern societies, nationalist ideologies and Wahhabism have played nearly as great a role as colonialists did in facilitating the absence of history. For instance, Wahhabi ideology attacked history by totally rejecting tradition. Today, Saudi Arabia stands out among the countries that suffer from an absence of history. Mecca and Medina have become the quintessential cities that face a crisis arising from the absence of history. As Ziauddin Sardar mentions, Las Vegas-style buildings are erected nowadays. The history of Mecca is being replaced by an imitation of Las Vegas. That is the fate that befalls the cities of the Middle East: makeshift urban histories trying to imitate the histories of Western cities.

The presence of history lends order, harmony and style to societies. In contrast, societies without history face chaos, conflict and decay. Apart from cities, these observations also apply to policies, economies, religious structures and architecture. Social and political order can arise only out of historical being. It embraces the future with hope by creating a memory. Neither memory nor history can form in societies that face coups every 10 years, are open to intervention from outside, that always remain "immature" by getting stuck in a dependency relationship and are overwhelmed by infighting and insurgencies.

It is difficult to complete the history construction process in a region where institutionalized traditions are undone every 10 years only to be re-established, where every new leader pursues new reforms and revolutions. One cannot construct history where it does not exist. That's why state traditions or administrative traditions do not arise, either. Emotions are directed to a "glorious past" to overcome that absence of history and tradition. Narratives of a mighty state borrowed from the past are mobilized to compensate for the lack of memory. Egypt looks back to the pharaohs of 3,000 BC. However, it is impossible to talk about an institutional tradition or structure extending from past to today's Egypt. The same is true of many other Middle Eastern states. Absence of history in Saudi Arabia brought about a type of kingdom trying to imitate British royalty. And this kingdom cannot create a tradition, norm or order, either. For this reason, through personal relations and cross-national dependencies, large families surf a historical tidal wave that disappears at any moment and tries to come back again.The absence of history in the Middle East is totally related to modernity. For we have been experiencing that in the latest century, which is dominated, shaped and enjoyed by modernity. The "Khawarij Salafism," which tries to become an alternative to modernity, reacts to this lack of history with its destructive rebellions. From al-Qaeda to Daesh, all "jihadist-Salafist" movements strive to overcome the crisis caused by the absence of history with a subconscious imagination and through staging revolts. As French philosopher Alain Badiou asks, would revolts result in a new history? And I ask Badiou: Is it possible to overcome the absence of history by creating an absence of history?

* Professor at the Faculty of Journalism, Marmara University