Iraqi Elections: Hope for people, conjectural battleground for others 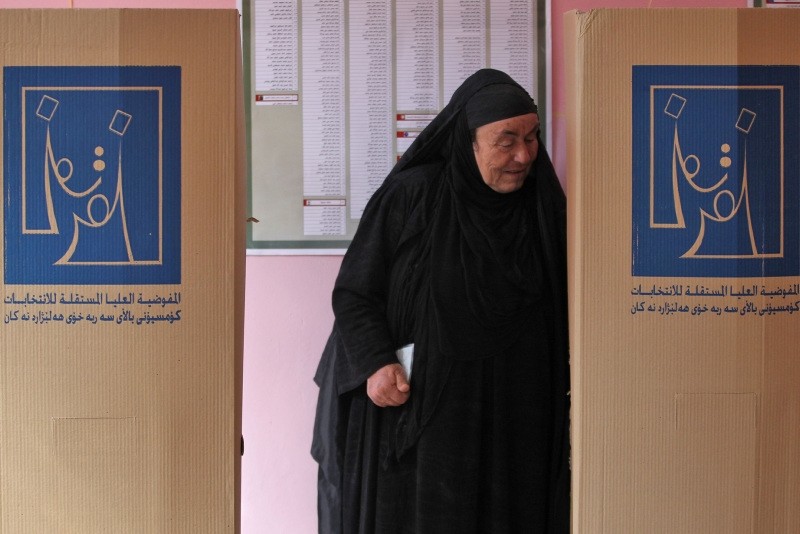 With dozens of alliances battling at the polls, Iraq is set for some tense and protracted coalition talks

After's years of sectarian violence, widespread corruption, dwindling public services and not least the brutal fight against Daesh, Iraqis eagerly looked to the national elections held on May 12 for a new chapter of hope, reconstruction and stability.

However, given Iraq's patchy record – since the downfall of Saddam Hussein and numerous electoral polls that followed – reconciliation across Iraq's fragmented and animosity filled landscape is as difficult as ever.

While sectarianism may have dominated the Iraqi landscape in the past, the focus of most disenchanted Iraqis is on tackling widespread corruption, a faltering economy and the mammoth reconstruction effort after Daesh.

Mustering a government the people can trust and that can heal the great ethnosectarian divide is no easy feat and almost 7,000 candidates from dozens of rival alliances vying for just 329 seats in the assembly, sums up this difficult undertaking.Even the unified Shiite parliamentary bloc, led by the Dawa Party, which allowed current Iraqi Prime Minister Haider al-Abadi to assume power from Nouri al-Maliki in 2014 has splintered into five competing factions.

With the electoral law amendments in 2010, the onus is not on the bloc with the largest number of votes to form a government, but on the formation of the largest coalition alliances. The result is that long after the elections have finished, the embittered Iraqi divide will be bickering and jostling for months to form a government. This time it seems there will be no difference.

The Iraqi elections also serve as a battleground for the U.S. and Iran, with Tehran continuing to wield significant influence over Baghdad. The decision by U.S. President Donald Trump to end the Iran Nuclear deal just days before the Iraqi elections would only stoke the fire.

Abadi, preferred by the U.S. and credited for overseeing the crucial battle against Daesh as well as curtailing Kurdish independence ambitions, spearheads the Victory (Nasr) list.

Although he is primed to receive a considerable amount of votes, he does not have Tehran's backing and thought to be failed to muster an overall majority without striking a tricky coalition agreement with other blocs. This opens the doors for various other blocs with a significant number of seats to align with Abadi and seek significant concessions in the process.

Alternatively, these blocs could sideline Abadi altogether if they can muster a coalition of their own with the formula and size to secure power.

As such, influential paramilitary commander, Hadi al-Amiri, who heads the Conquest (Fatah) list, fronted by the Badr Brigades and acts as the political arm of various Popular Mobilization Forces (PMF) militias as well as parties with traditionally close ties to Iran, still holds a key advantage.

The Iranian support of PMF is well known, and the Conquest bloc remains an important vehicle for Tehran to exert post-election influence including on the makeup of the future coalition government.

The dozens of militia groups formed under the loose umbrella of the PMF in 2014, were supposedly integrated into Iraqi state forces, but retain a great deal of independence and outside influence.

Influential Shia cleric, Muqtada al-Sadr, with realignment as a cross-sectarian anti-Iranian and pro-Arab nationalist figure, is a counterweight to the Conquest bloc and seemed the winner of the elections before this piece published.

He leads the Revolutionaries for Reform Alliance (al-Sairoon) and his strong following amongst the working class will have a major say in the formation of any government in the coming days.

Two other alliances will hope for enough seats to play an important role at the table for coalition talks. The National Wisdom Movement (al-Hikm) is led by Ammar al-Hakim, former leader of the Islamic Supreme Council of Iraq (ISCI). While former Prime Minister Nouri al-Maliki's State of Law Alliance hopes to garner enough votes to affect the post-election coalition calculus.One common theme among the coalition blocs is the attempt to portray their blocs as cross-sectarian. Victory bloc, for example, fielded candidates in the Iraqi Kurdistan Region and Sunni areas for the first time.

As for the Kurdish parties, they are competing at a time of divisions and changes in the Kurdish political landscape. The death of influential Kurdish leaders, Jalal Talabani of the PUK, and Nawshirwan Mustafa of Change Movement (Gorran), dealt severe blows to their respective parties.The region has been suffering from the burden of millions of internally displaced people, the fight against Daesh, and a crippling economy. Then came the fallout over the failed independence movement, which resulted in great a friction with Baghdad.

Alongside the two dominant Kurdish factions, the Kurdistan Democratic Party (KDP) and the Patriotic Union of Kurdistan (PUK), who will not run on joint lists, is the new Homeland (Nishtiman) coalition led by former Kurdish Prime Minister Barham Salih and includes Change Movement, Islamic Group (Komal) and Coalition for Democracy and Justice (CDJ).

The Homeland coalition is trying to woo the traditional KDP and PUK support base. The divided electoral list threatens to dilute the final Kurdish seats in the Iraqi parliament. However, the Kurds will still have a key role to play in coalition forming and various Arab alliances will try to entice Kurdish support.

The national election revealed a great deal about the state of the Kurdish political landscape and will set the tone for the upcoming elections in Iraqi Kurdistan this September.

In summary, the Iraqi elections were tense, contentious and fragmented as ever. Iraqis think that the prolonged coalition talks and likely regional interference should not distract Iraq from doing the great work on hand – healing its ethnosectarian lines and quickly embark on reconstruction, improvements of basic services and the general economy.