How Islamophobia is practiced in France: I am Islamophobic, therefore I am 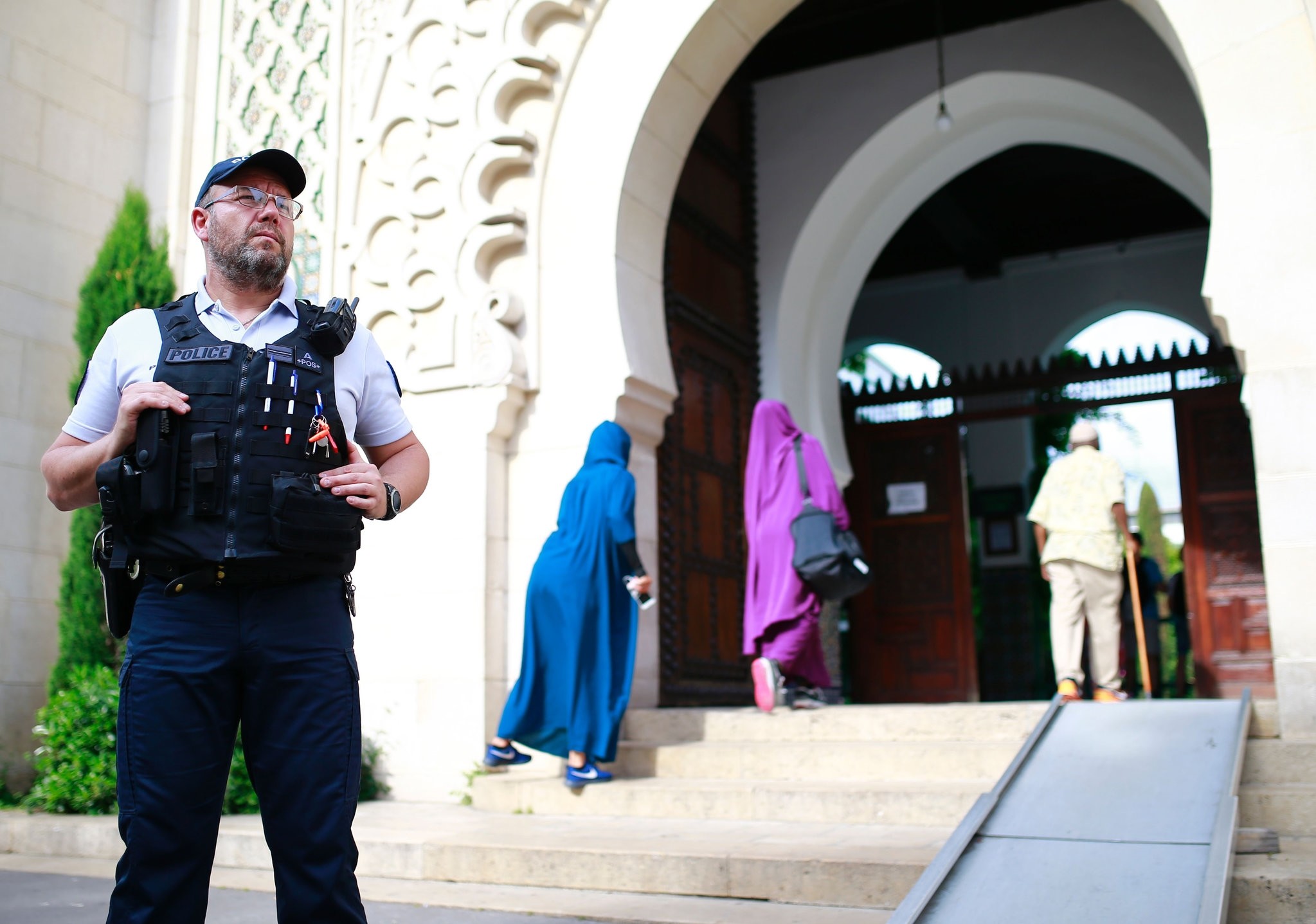 Although France does not the top the list of Islamophobic countries, its discrimination against Muslims is visibly practiced through smugness, intellectual condescension and animosity

Is France the most Islamophobic country in the world? There are, of course, a number of other strong contenders, including Burma, with the genocide of the Rohingya people, and Israel, the propagation center point of Islamophobia through various xenophobic organizations; not to mention Modi's India, with its lynching of Muslims and small-scale pogroms, even without accounting for Kashmir. We could also add a number of Muslim countries to this list, as well as Trump's America, with its Muslim ban and the Islamophobic neocons and torturers in its government.

What distinguishes France, however, is the smugness and moral certainty (not to mention the intellectual pretensions) by which Islamophobia is practiced there. Interestingly enough, it appears that French national identity is based on the re-working of the Cartesian dictum, "I am Islamophobic, therefore I am." An example of this is provided by the recent manifesto signed by 300 French public figures, including former presidents and prime ministers, demanding that the Quran be re-edited as a way of preventing both anti-Semitism and Islamist-inspired terrorism. Over the years, there have been many attempts by various colonial powers to try and modify the Quran; but what is especially galling is the idea that these French bureaucrats and politicians believe in the literality of the text. What would Roland Barthes, Michele Foucault or Jacques Derrida think? These French intellectuals, who were at the forefront of the linguistic turn in philosophy and whose influence has been wide-ranging and genuinely thought-provoking despite their many differences, all understood that the meaning of any text is not contained exclusively within its sentences. They proposed, instead, the inevitability of there being varying interpretations within the boundaries of its context.

In contrast, the petition postulates the literality of the text, fusing inscription and meaning. Thus, they seem to believe that it is up to the French establishment to show Muslims how they should read the Quran, treating it as if it were a school text that needs re-working to fit the state's syllabus of what is acceptable within French social mores. They seem to believe that Muslims are so primitive that they cannot read the Quran in the context of their own lives – in the face of the injustices and petty cruelties that belie their everyday lives in France, a country that claims that Muslims are citizens like any other. The Quran is not a computer program for androids, whereby changing the code modifies the behavior. It is a text in which Muslims find a vocabulary to express themselves.

The signatories of this petition not only do not understand the relationship between the Muslim Ummah and the Quran, but they believe they have the legitimate authority and competence to abrogate verses from the Quran. It can only be their colonial disdain and contempt for Muslims which allows them to believe that they could establish themselves as the ultimate authority to contain the myriad of possible interpretations that the Quranic text can offer, while denying all Muslims any role among its the community of interpreters.

In so doing, the signatories of the petition demand the power to arrest the chain of connotations and decide for everybody the ultimate meaning of the text – what Barthes would call the denotation as the last of connotations. A simple Foucauldian critique would quickly show how these 300 public figures are pushing to appoint themselves to become the power to define authoritative statements about the Quranic text and its meaning so as to promote a "French Islam" that would contribute to the social engineering of the France they long for, as a way to "domesticate" Islam and to manage it to "fit" within the dominant French secularism and, ultimately, render it almost invisible (think, for example, about the ban on the burqa and niqab in public places).The idea of removing verses from the Quran as a means of lobotomizing Muslims is not only offensive, but also patronizing and stupid. It shows the racism of the French Islamophobes – their colonial arrogance and inability to come to terms with their own fear of interpretative possibilities. Above all, the very existence of this manifesto demonstrates their incapacity to come to terms with a post-Western world, where the referent of the West is no longer sovereign.

The Quran belongs to the Muslim Ummah in its imagined entirety. Simply put, a French version of the Quran edited by Islamophobes would no longer be the Quran that inspires reverence, meditation and reflection among Muslims.

This Islamophobic posture only makes more apparent the important role that Muslims play in the struggle to define French national identity – as the other who can bring unity to the community of interpreters of La France. This attempt to build a national Islam is the hallmark of Islamophobic projects. Moreover, the Islamophobia of France is the clearest example of how Islamophobia is being used to fill the gap left by the loss of French grandeur. France's efforts to demonstrate that it is still significant by reviving its phantasies of defending civilization from barbarism are being enacted on the bodies of Muslim women and men. This latest iteration of the "mission civilizatrice" shows that France has failed to decolonize. This failure is manifested in the way that racism in France is officially unacknowledged and remains largely unchecked.

Islamophobia in France is a form of racism which permits the harassment of Muslim youth by the police, allows head teachers to insist on pork for school meals in educational establishments with predominantly Muslim pupils, and keeps Tariq Ramadan in solitary confinement without being convicted of any crime. It is Islamophobic not only to demand that any verses of the Quran be abrogated to appease French prejudices, but also to believe that such a French Quran could ever supersede the Quran in the hearts of Muslims everywhere. The Quran belongs to the Ummah, not to France.