Coming to terms with history: Germany is not 'Burka?' 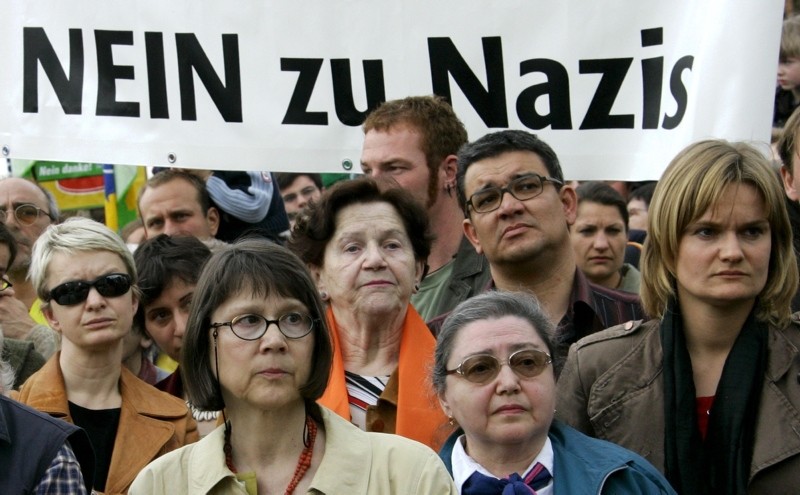 Germany claims and is often praised for having come to terms with its history but it often refers to a limited time of its history. There are still so many terms like racism or diversity to deconstruct and discuss openly according to today's conditions

Germany is often praised for having "come to terms with the past." Germans have even coined a specific term for their efforts – Vergangenheitsbewaeltigung – indicating how seriously the matter is taken.

However, Vergangenheitsbewaeltigung generally only refers to coming to terms with a limited portion of German history, particularly the Holocaust. Even though, as it turns out, the Holocaust is not the only genocide that the Germans committed and subsequently need to come to terms with.

Shortly before the Holocaust, Germans also committed genocide against the Herero and the Nama, they have successfully concealed this until recently.

On the other hand, inconsistencies in dealing with two genocides occurring within such a short time apart from each other – deliberately concealing one, while admitting the other – is not the only troubling aspect of Germany's dealings with the past.

Lack of protection for minorities

Little is known about the lack of protection for minorities in Germany. In spite of the troubling past, Germany did not have anti-discrimination laws until the Das Allgemeine Gleichbehandlungsgesetz (AGG) was passed in 2006. The law was not a German initiative; rather it was passed in response to the standards set by the European Union.

However, in spite of or because of it, Germany has been struggling on many fronts. One of the reasons is that the anti-discrimination law suggests that discrimination may still be occurring in the country; otherwise, there would be no need to have such a law.

Even though discrimination is a given in almost any modern society due to social conditioning, particularly in a country with a history such as Germany, this is a hard pill to swallow for the majority of Germans who, to-date, would conveniently like to believe that racism rose and fell with the Third Reich.

The existence of racism outside of the right-extremist context has overall been denied. This explains why recent studies came out suggesting that racism allegedly moved to the "middle of the society" (Rassismus rueckt in die Mitte der Gesellschaft). Obviously, no such thing happened, because racism existed in all corners of the society all along.

Pretending that racism has only existed in the right-wing context is a very convenient narrative for the country's version of coming to terms with history.

Diversity is overall a new concept in Germany. Even persons who work in the field of diversity are more likely than not well-versed on the topic.

The majority of the companies in Germany do not engage in promoting diversity, and the ones that do, prefer the version of diversity management that is limited to the advancement of women as if you could cherry pick diversity.

The official explanation for the limitation is that once gender-related issues are resolved, other forms of diversity such as of ethnicity, race, and religion can also be addressed.

However, the more reasonable explanation is the fact that ethnicity, race, and religion – since religion ties to particular (alleged) ethnic groups such as Muslims and Jews – are to-date very sensitive topics; topics, that would not be as sensitive today, if Germany really had come to terms with her history.

Other challenges with diversity include the lack of diversity language; the concept of inclusion (Inklusion), for example, only applies to persons with disabilities which leads to confusion and shows that basic concepts are not understood.

Additional examples include that even government officials and progressive politicians are not familiar with concepts of diversity such as the "dominant culture."

They often confuse the term with the rather racist attempt to establish a German identity, the "Leitkultur" (leading culture), that we will discuss later in this article. The lack of a language and the many challenges associated with diversity accurately reflect the overall resistance to diversity and inclusion in Germany.

Even though more and more organizations are starting to get involved in Diversity Management, diversity itself is not only a new concept in Germany, but it is also a rather undesirable one, because diversity (management), if done properly, would include addressing discrimination.

Particularly German government officials struggle with the diversity approach because diversity also means respecting differences; which in turn means inclusion without the necessity to assimilate.

Instead of promoting diversity, German officials prefer integrating minorities, because integration (in Germany) is not a process among equals; it is an approach that provides German officials with the opportunity to elaborately discuss the shortcomings of minorities.

It must be noted here that in regard to integration, particular attention is given to persons of Islamic background, and others whose culture allegedly clashes more with the German culture, than, for example, of a person of Eastern European descent.

In 2017, Former Minister of Interior Thomas de Maizière published a 10-point plan to promote a German "leading culture" (Leitkultur). In his plan, Mr. de Maizière lays out just what differentiates the German culture from other cultures.

Among others, he points out that Germans shake hands when they meet, that they are the "heir of their history with all the highs and lows," and that Germany is a nation influenced by culture and philosophy like no other country, and the list of nonsense goes on.

Yet, in his desperate effort to distinguish Germans from other cultures, de Maizière most importantly makes it clear that Germans "are not Burka."

However, de Maizière's plan is only the icing on the cake. Minorities in Germany are regularly bombarded with high-profile debates on TV, with news reports, with countless studies which remind them of their alleged inability to integrate while hardly ever acknowledging that racism and discrimination too plays a role in integration.

One of the major causes of why Germany has been struggling with coming to terms with history is the misperceptions about how one comes to terms with history. Germans are told and believe that they allegedly have to "take responsibility for what their forefathers have done."

The irony of this is this notion in itself is based on nationalistic ideas, because it, among others, suggests that there is such a coherent group as Germans, their forefathers, and their descendants.

However, that is not the case. German people are diverse people with diverse lineages and Germans today are not responsible for anything that anyone did before they were born.

What they are responsible are for, however, is to acknowledge that xenophobia and racism are deeply rooted in their country and that racism is a construct that took centuries to build and Germany happens to have made major contributions to the building of that construct.

Therefore, the country's citizens are particularly vulnerable to certain ideologies.

What Germans today need to do is to deconstruct the deeply rooted racism in their society by carefully studying xenophobia and racism and reeducating the country's citizens.

They also have to implement effective anti-discrimination policies in hope that, one day, those policies will not be needed to ensure that all citizens will be treated with the respect and dignity they deserve, regardless of what clothes they wear, where their "parents are from," or what religion they belong to.