Jerusalem at a junction 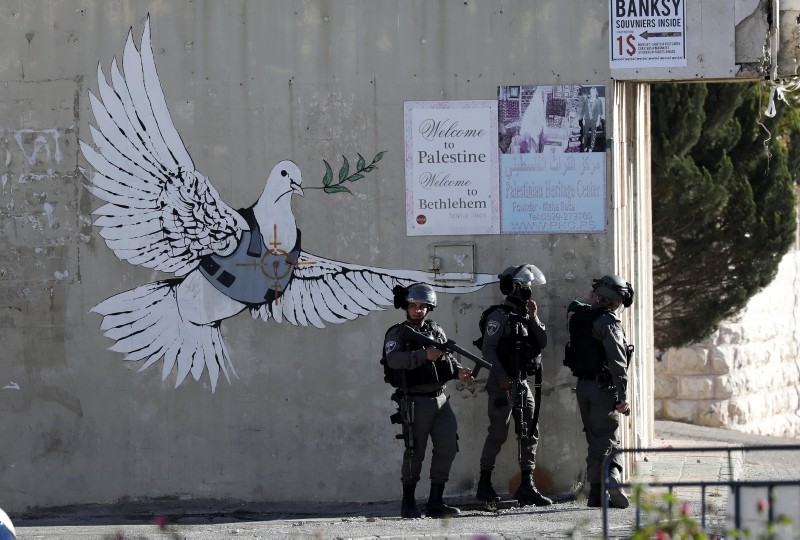 Encouraged by the lack of international response, the State of Israel, under the protection of the U.S., has increased its attacks on Palestinians, which have become the horrifying norm of everyday life in Palestine

A final communiqué from the extraordinary summit of the Organisation of Islamic Cooperation (OIC) in Istanbul on May 18 was released. Turkish President Recep Tayyip Erdoğan, the rotating term president of the OIC, called an extraordinary summit following the move of the American Embassy to Jerusalem and Israel's massacre of civilians during the inauguration of the embassy.

The 30-point communiqué calls for international protection of the Palestinian population including through dispatching an international protection force. Condemning the U.S. and U.S. President Donald Trump, the communiqué "called on the U.N. Security Council, the General Assembly and the Human Rights Council to uphold their responsibilities in this regard and invite all countries to mobilize their efforts to bring this issue to the agenda of the U.N. General Assembly, the U.N. Security Council, and the Human Rights Council urgently."

The state of Israel was directly responsible for the deliberate killing of at least 62 civilians and injuring around 2,700 more on May 14. But what encouraged Israel in its reckless behavior is the U.S. administration, which has emboldened it in both the U.N. and all other platforms. Countries that participated in the OIC summit called on the international community in general and the U.N. in particular to prevent the savage crimes of Israel. Within this framework, they called for dispatching of an international peacekeeping force to protect Palestinians from Israeli aggression.

This side of the issue is important as millions of Palestinians had to flee their homeland, lived in inhumane conditions or died, especially in the Sabra and Shatila refugee camps, due to the practices implemented since 1948. What's worst is that over time this has come to be perceived as normal. It's time to dispatch an independent protection force urgently to prevent the expulsion of defenseless civilians from their lands under any circumstances including conflict.Of course, that these practices of organized violence had gone unpunished and remained immune from sanction was another factor that emboldened Israeli administrations. Establishment of an independent international committee of experts to investigate Israel's crimes and that committee's submission of its findings to the related international bodies would be a critical step in identifying criminal responsibility.

Article 6 of the final communiqué calls upon the U.N. Security Council, the U.N. General Assembly, the U.N. Secretary General, U.N. Human Rights Council, the special rapporteurs and the U.N. High Commissioner for Human Rights to take necessary actions to form an international investigation committee into the recent atrocities in the Gaza Strip and enable the committee to initiate a field investigation within a precise time frame and enacting a clear mechanism to determine the culpability of the Israeli officials with a view to ensuring justice for the victims and put an end to the impunity of the perpetrators. The Arab League, the European Union and the African Union are also called to give support regarding the issue.

Recognition of an independent and sovereign Palestinian state on the borders of June 4, 1967, would be an important diplomatic move for reining in Israel. The communiqué warns countries that may follow, like Guatemala, the unlawful embassy relocation decision of the U.S. and declares a determination to take the appropriate political, economic and other measures against them. The OIC calls on member states and the wider international community to ban the products of the illegal Israeli settlements from entering their markets, take measures against individuals and entities involved in or beneficiaries of the perpetuation of occupation and settlement regime.

Also, the issue of camps, which is mentioned in Article 28 of the communiqué, is equally important. It underlines the special importance of the United Nations Relief and Works Agency for Palestine Refugees in the Near East (UNRWA), which provides vital services to more than 5.3 million Palestinian refugees, and urges the member states to increase their support to UNRWA's initiatives to maintain its sustainable budget. That agency is in dire need of funds as its camps and the infrastructure therein have collapsed. The current state of said camps is shameful. In these camps, which accommodate dense populations within a small area, incidents like fires take lives due to the deplorable state of wiring and inadequate infrastructure. Strengthening of the Developmental Waqf Fund, which was established to ensure the funding of UNRWA operations, is of vital importance. U.N. General Assembly resolution 194, which affirms the inalienable right of the Palestine refugees to return to their homes and is referred to in the last article, should have some relevance now. It's not possible for a people to have a happy future by destroying another people. Nor is it ethical at all.

Both Turkey and President Erdoğan refrain from resorting to populism over this humanitarian disaster, reject violence and propose a diplomatic and rational course. Apart from being a holy place for the three monotheistic religions, Jerusalem is also a universal symbol of the historical heritage of peaceful coexistence. Why fight instead of sharing it? For this reason, President Erdoğan has met both Pope Francis and Jews who oppose Israeli aggression. During the recent Yenikapı Rally, he said that he doesn't equate Jews with Zionists but distinguishes them and that he expects support from Jews, too.

In fact, this stance shouldn't be limited only to a few countries like Turkey and Kuwait. In our shrinking world, similar to the rule of combined vessels, chaos and conflict in any part of the globe threaten peace and make us move away from a win-win perspective.

Following the Obama era, the U.S. performs poorly on this issue and loses its influence. For the first time in its history, the U.S. has taken a side in a conflict so openly, rapidly losing its role as mediator. However, it is an important country that has always been proud of its claim to be the bastion of universal democratic rights. With its financial, technological and military power, it can change the balances in the world and solve problems. And it has always been eager to do this. Although its expressed claims and actual practices haven't always been consistent, it has never showed such a negative attitude.

President Trump's "America First" doctrine can be legitimate to a certain extent since every country has a right to primarily pursue its national interests. Yet in a world of such complex global relations, no one can make such unilateral and tactless moves like an elephant in a china shop. Confident of their power, nations may have an illusion that they have the luxury to do so. But it is an illusion. The world has become more complicated and multipolar than ever.

The democratic health of major powers like the U.S. and the EU is of critical importance to the whole world. A golden mean between national interests and justice and democracy should be found somehow. We cannot behave as if we had no memory. We cannot afford to forget how the world had drifted into shameful episodes like the two world wars. We cannot trivialize either the lessons we have taken from mistakes whose price had been paid by millions of people, or the international organizations and treaties that were born out of these lessons. If the world fails to make Palestinians and Jews live side by side in peace, it will actually mean that we are in a very hopeless situation regarding the future of the world.

Though we are divided into countries, nations, races and faiths, we are all a part of the world and human civilization. We are in the same boat. A pluralistic, humane and ethical world order based on fair competition and solidarity is still possible. By managing to reach a compromise on issues like the recent Jerusalem crisis that make us move away from that goal, we would get closer to this big goal.