In post-elections period, Hezbollah and Hariri both secure positions in Lebanon 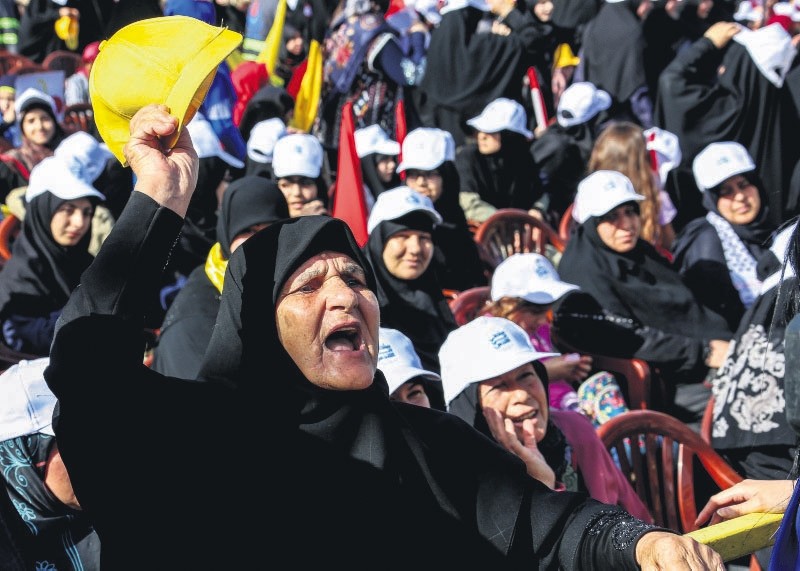 On May 6, the Lebanese people went to the polls for the parliamentary elections, which couldn't be held for nine years particularly due to the effects of the Syrian civil war. Prominent analysts in the country assumed that the majority of the Lebanese voters would participate in the elections, yet the turnout did not go beyond 49.2 percent, down from the 54 percent in the last elections. It was probably because of the lack of trust felt by the Lebanese people for their state authorities.

The long-awaited elections were held amid many radical changes experienced in the political system in Lebanon. For example, the bloc vote plurality system was replaced with a list proportional electoral system with the law passing in parliament on June 16, 2017. It was thought that some important parties such as Hezbollah and the Future Movement (FM) would be surprisingly defeated thanks to the change of system.

As a matter of fact, even though the March 8 Alliance consisting of Hezbollah and its allies got the majority of the votes, the March 14 Alliance formed by the FM bloc could have more deputies in parliament in the 2009 elections thanks to the vote plurality system.

In other words, the brand new system undoubtedly benefited Hezbollah. While all of Hezbollah's 13 candidates were elected, there were 67 members in total of it and its allies who could have a seat in the 128-seated parliament. Within the direction of the new vote system, the Lebanese electorate voted for the lists competing in the seven electoral districts which were reduced from 25. Indeed, rather than the lists, one candidate in each lists was voted. This meant the candidates of the same alliance in the same lists would compete with one another.

Another factor that messed up the Lebanese elections was the "sectarian codes" that were resulted by the 1989 Taif Agreement, also known as the National Reconciliation Accord that ended the bloody Civil War in the country. According to the agreement, 64 deputies would be elected from Muslims while the 64 others would be among the Christian community in Parliament.

Besides, the Lebanese residing in foreign countries voted for the first time thanks to the new system. According to some, the Lebanese diaspora, which is thought to be a few times more than the population in Lebanon, played a big role in the elections. Despite the major reforms in the voting system, the profiles of those who were elected in parliament didn't change at all when compared to the previous elections.

Political power in Lebanon has been at the hand of prominent families for a long time. The members of these families, who have been dominant in Parliament since the establishment of the republic, could again succeed in being elected.

The third-generation leader of the Druze Progressive Socialist Party (PSP), Teymour Joumblatt and a member of a famous Lebanese family, Talal Arslan, the son of Maronite Bashir Gemayel, Nadim Gemayel and his nephew Samy Gemayel, the son-in-law of President Michel Aoun, Gibran Bassil, the aunt of Prime Minister Hariri, Bahia Hariri, a leader of prominent Shiite families, Ihab Hamada and Greek Orthodox Fadi Karam are just some of the members of these dominant families in Parliament.

Meanwhile, other some symbolic figures such as Hezbollah's Shiite alliance Amal Movement's leader Nabih Berri, and former President Najib Mikati could achieve in taking place in parliament. Surprisingly, former Lebanese Intelligence Chief Jamil Sayyed, who was claimed to be a part of the Rafic Hariri suicide, is also among the parliamentarians. It is safe to say that Prime Minister Saad Hariri and his allies lost majority of their power in parliament while the foreign minister, losing 13 seats, led to Hezbollah/Amal and their Sunni-Christian alliances increasing their influence in parliament. However, Hariri thinks that his role is the most significant one in the new era.

"We stand before a new phase and huge challenges. And as head of the Future Movement, I will continue [steering us through] all of these economic, social and developmental challenges," he said.

In the first hours following the elections, he implied that Hezbollah would need him to govern the country.

"Lebanon can only be governed by all its political constituencies – those who say otherwise are [kidding] themselves, and we should work with each other to build the country," he said.

It would be fair to say Hariri is right since despite the foreign minister's defeat in the elections, he is the only actor that Hezbollah and its alliances need in governing the country.

Therefore, it seems that Hariri may be the one that will form the new cabinet. Hezbollah can have a significant opportunity with a Hariri government to reach larger masses in the country while the borders of the March 8 and March 14 Coalitions are getting more ambiguous and it is murmured that a possible Israeli intervention is at door. That's why Hezbollah General Secretary Hasan Nasrallah talked about the importance of leaving "the rhetoric that fuels the sectarian dichotomy."

Well, what has the post-May 6 elections atmosphere showed? First of all, the results prove that the Lebanese people got tired of Saudi Arabia's interventionist policies. Secondly, the Resign Crisis that took place in November 2017 while Prime Minister Hariri was in Riyadh, led a national consensus in the country and accordingly Hezbollah and Iran – which follows an interventionist policy in the region – mostly benefited from it. It is also seen that Saudi Crown Prince Mohammed bin Salman's aggressive policies and Israel's related military intervention threats played a big role in the victory of Hezbollah, which only depends on anti-Israel rhetoric.

In the next period, the question whom will be the new prime minister will reveal out whether an Israeli attack is possible or not. The "Lebanon equals Hezbollah" statement made by Israeli Education Minister Naftali Bennet after the elections proves this argument. Hariri forming the Cabinet once again may restrain Israel and Saudi Arabia, yet Hariri's future also seems like it won't last too long. It has been rumored for a while that the Saudis will bypass Hariri and try to increase cooperation with another Sunni leader, most likely the general director of the Lebanese Internal Security Forces, Ashraf Rifi. Let's wait and see.